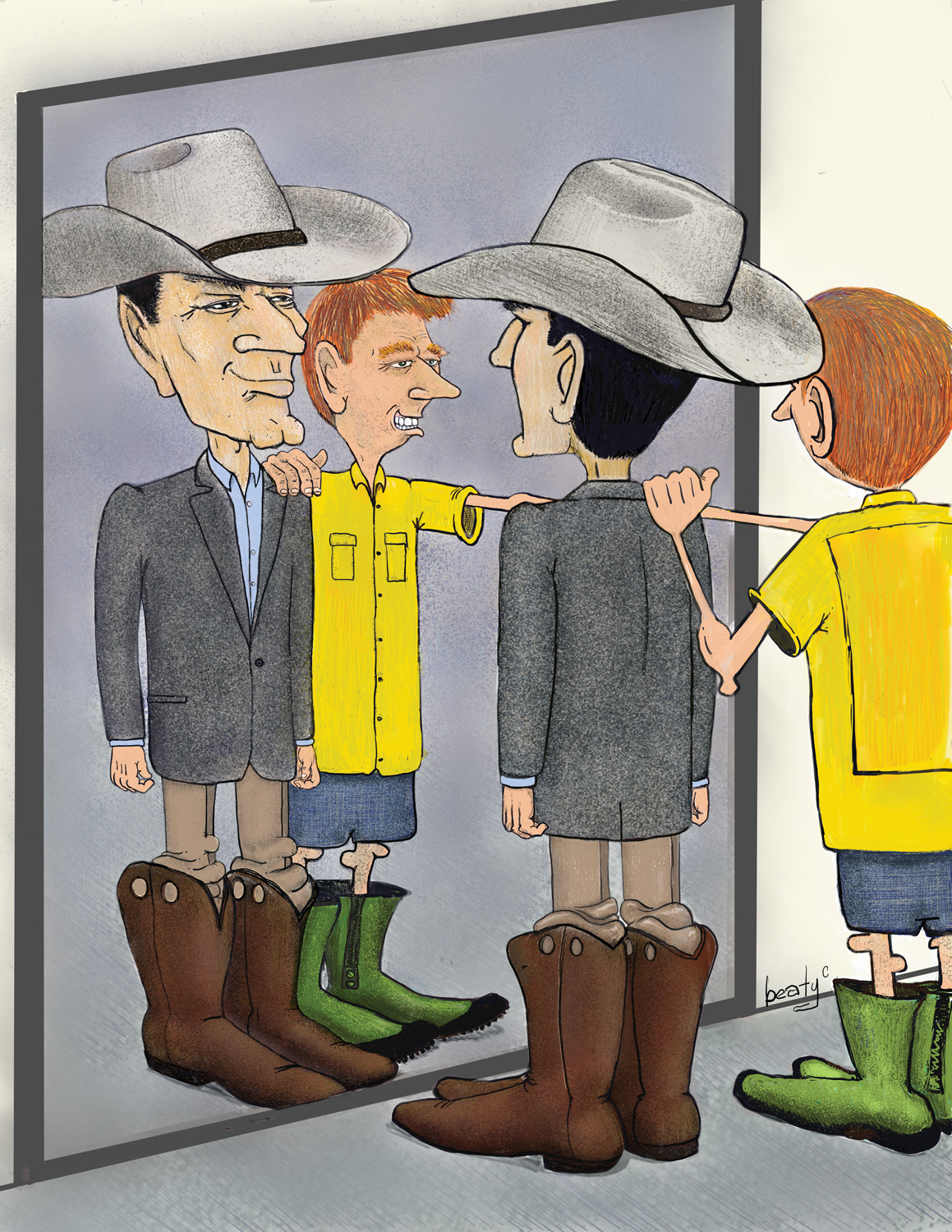 While Tommy was busy packing for his trip, Bodie was pondering what the London weather might be in August.

“I’m curious Doug, what type of clothes should I bring on this trip?” Bodie asked his friend.

“It will be much cooler than here, probably 70⁰ for a high, and lows in the upper 50s,” Doug replied. “I would bring a couple of light jackets along with jeans, long and short-sleeve shirts, stuff you normally wear here in early-November.

“Well, I’m a cowboy, but I mostly wear fishing shirts this time of year. I guess I’ll need to dig into my closet and see what I can find.

“Oh, say Bodie, do you by chance have a nice dress suit?” Doug asked.

“I have one that I wear to funerals and weddings, but I’m afraid it’s a might worn.” Bodie chuckled.

“No worries, then. We’ll fix you up with a suit when we get to the hotel,” Doug answered as they ended their phone call.

Bodie drove to Haddon’s after spending the morning at the ranch and ran into Tommy and Red who were just sitting down for lunch. Eloisa came to take their orders and congratulated Bodie on his upcoming trip.

“Where ya headed, Bodie?” Red asked.

“I’ve been invited to accompany Doug Sellers to England and I’m excited. Never been that far from home before.

“Yup, Doug asked me to go and Mr. Connor gave the okay for me to be gone. Encouraged me, actually. Said I’d enjoy seeing the sights over there.

“Well I sure as heck ain’t lost anything in England, but I bet it would be a hoot to see what life is like over there,” Red replied.

Bodie noticed that Tommy hadn’t said a word since giving his order to Eloisa, and guessed he was probably feeling left out.

“So Tommy, I guess you’ll be hitting all my secret fishing holes while I’m gone… Huh?” Bodie asked with a grin.

Tommy looked up from his big chili burger and wiped the corners of his mouth. Mumbled something unintelligible through half-a-mouthful, and greedily took another bite of what locals call “the heartburn burger.”

“I don’t get it, Bodie. The man eats like a pig and never gains an ounce. It’s just not natural!” Red blurted in amazement.

Bodie laughed at the remark. Tommy dabbed his napkin at the chili running down his chin and took a swig of tea.

“Nah, I’m probably going to Corpus to see my brother and hang out with him for a few days. Maybe then I’ll head up to San Antone for a few days. See the Alamo, and stuff,” Tommy said.

Red was flabbergasted. “See the Alamo? What on earth for? You’ve gone at least once or twice a year in the twenty years I’ve known you and it hasn’t changed a bit…far as I know. What are you…starved for entertainment or something?

“It’s a Texas shrine, Red, but then I wouldn’t expect you to understand that kind of stuff,” Tommy squeaked, trying to swallow a half-chewed bite.

Red was turning redder, but before he could tear into Tommy further, Bodie said he thought it was a good vacation plan.

Red rolled his eyes and everyone resumed their lunch.

Bodie announced that he had to go into town to buy some clothes and stuff, and asked if either of them wanted to ride along. Red said that he needed to mow the yard but Tommy said he would go.

“I’ll go, Bodie. I need some new shirts and other things.

“So what’s the weather like in England this time of year,” Tommy asked as they headed toward Victoria.

“Doug said it would be cooler than here. Probably not warmer than 70 during the day and upper 50s at night,” Bodie informed him.

Tommy nodded, silently creating in his mind a list of things he’d need.

“So, what stores are ya thinking of hitting, Bodie?

“Oh, I guess maybe JC Penny and Dillard’s should have what I need. Maybe stop by that new western store and check out their hats.

The boys were lucky that some new fall items were already on the racks. Bodie found a jacket he liked right off the bat.

“What do you think of this one, Tommy?

Tommy looked at the jacket and walked around Bodie, saying it looked just fine, but khaki might go better with more outfits than light blue. That made sense to Bodie and he found one in khaki that fit well, and then began looking for another.

“Maybe you should get something like a sports jacket for going out at night,” Tommy offered, pulling one from a hanger for Bodie to try. “Here’s a 40-Long.”

Bodie slipped it on and it fit perfectly. Looking in the mirror, as much as he hated to say it, it looked great on him.

Bodie checked the price tag and gasped. “Tommy, this jacket is $247.50. No way I can pay that much for a jacket I might only wear once!

“Yeah, but it’s a Hart Schaffner Marx, Bodie. A very good brand and it’s on sale,” Tommy assured him.

“Well, if that’s the sale price, they can just as well try to sell it to someone else,” Bodie replied, placing it back on the hanger.

Bodie found some jeans he liked, and some shirts that really caught his eye. Trying on one he noticed the price and almost fainted, again.

Satisfied with the jeans and jacket, Bodie announced he’d like to check out and go to another store. Tommy told him to go ahead, he wanted to check some more things there at Dillard’s and he would catch up.

After Bodie left, Tommy went back and got the sports jacket that looked so good on Bodie, along with a selection of the Polo brand shirts he said were too expensive. Next, he picked out five pairs of slacks in Bodie’s size, two khaki, and one each dark gray, navy and black, with belts to match. Handing everything to a sales clerk, along with a similar number of slacks, jackets and shirts for himself, he turned and headed for the shoe department.

Trying at least a dozen styles, he finally decided on one pair of cordovan and another black, with socks to match. Satisfied that he was covered in new clothes for the ten-day trip, and Bodie as well, Tommy made his way to the cashier and handed her his Dillard’s Elite credit card.

“Have you found everything you needed today, Mr. Meyers?”

“Yes, thank you. But would it be too much to ask for separate garment bags for the jackets, shirts and slacks?

“Certainly sir, I’ll have them brought up right away.

“Good,” Tommy replied. “I’ll be paying for everything now but will not be picking this stuff up until later this afternoon or tomorrow morning. Would that be OK?

“Not be a problem, sir. Your purchase will be waiting for you at the Customer Service desk.

Now, Ol’ Tommy, you see, is generally a tightwad. But a rather wealthy and sometimes generous one.