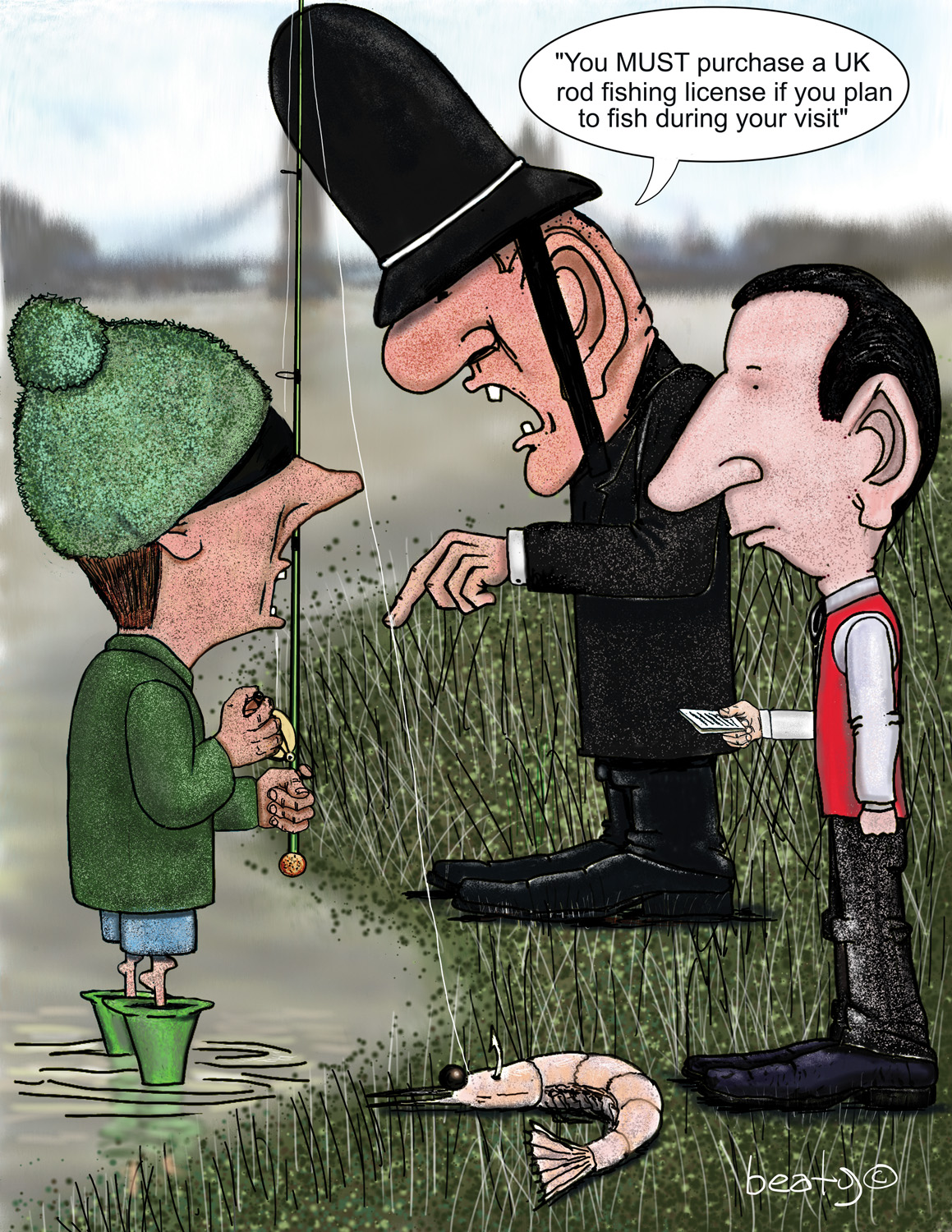 The limousine pulled up in front of the Savoy Hotel and Bodie watched as a group of people rushed to the car and started opening doors, talking fast and loud, in what Bodie was pretty sure was English but he couldn’t understand a word of. The men’s luggage was taken into the lobby where the hotel manager greeted the group with a big smile and glasses of champagne.

“Mr. Sellers, what a pleasure to have you back with us.” Turning to the others, he then said, “Gentlemen, I am Philip Barnes, the general manager of the Savoy, and it is my great pleasure to welcome you to the hotel. If there is anything you need during your stay, please do not hesitate to call on me personally.”

Doug led the group to the front desk to register and asked the concierge to have the men’s luggage taken to their respective suites.

“I’m sure that all of you are as tired as I am, so why don’t we go to our rooms, shower and take a nap. Perhaps we can meet down here in about four hours or so?” Doug suggested.

The boys agreed and made their way to the elevator and their suites.

“I thought the Driskill Hotel in Austin was fancy, but this place is incredible,” Bodie said to his friends.

“Yeah, but this whole area looks kinda old to me, and so does this hotel.” Tommy replied.

“We’re in London you dummy, everything is old here,” Red snarled. “And why do you have so many bags, Tommy?”

“I brought a lot of stuff, that’s why,” Tommy grinned in reply.

The boy’s suites were all next to each other and Doug handed each a key. “I think you will be comfortable but, if you need anything, just ring the front desk and you will be taken care of. Tommy, this is your suite; Red, this is yours, and Bodie’s is down here right next to mine.”

Tommy began surveying his suite and the first thing he noticed was the fireplace. Still feeling the chill of the wind at the airport he decided to get a fire going. “I wonder where they keep the firewood? Guess I’ll have to call that Philip guy for some,” he thought aloud.

Tommy called the front desk and asked for Philip who promptly got on the phone. “Yes Mr. Meyers, how may I help you?”

“I want a fire, but I can’t find where you guys hide the firewood,” Tommy replied in a polite tone.

Philip considered this for a few seconds and then said, “I will be right up and show you how the fireplace works, Mr. Meyers.”

“I know how a fireplace works,” Tommy interjected. “I just need some wood.”

Philip was on the elevator within seconds of hanging up the phone. As the elevator door closed he began to understand what Mr. Sellers meant when he advised, “Mr. Meyers may need some special attention.”

Philip knocked on the door and Tommy let him in.

“Hello again, Mr. Meyers. Please allow me to demonstrate how the fireplace works.”

“Well it’s not going to be easy…if you don’t have any wood,” Tommy assured him.

Philip walked to the fireplace and pointed to a knob on the wall. “Quite simple, sir. You simply turn this knob, and when the gas begins to flow, an automatic igniter will light the fire.”

“So, what about the wood?” Tommy asked.

“These are ceramic logs that get very hot from the gas flame and heat radiates into the room,” Philip explained. “These fireplaces do not use wood like a conventional fireplace.

“Well, I would have imagined that a fancy place like this would at least have a real fireplace,” Tommy remarked.

“Yes sir,” Philip assured him, “You will find a large wood burning fireplace in the barroom downstairs, just off the lobby. Perhaps you might enjoy it if you prefer a wood fire.”

“Well, in my opinion, these fake fireplaces just don’t put out as much heat as the real ones,” Tommy grumbled. “But, I guess it’ll do if this is all you got…”

“Will there be anything else that I can help you with Mr. Meyers?” Philip asked.

“Well, I’m not really tired enough for a nap so I thought maybe I would do some fishing. Do you happen to know of any good fishing holes in that Tames River over there?”

“It’s pronounced ‘tems’, sir. And no, I apologize, I am not a fisherman and not aware of any good fishing holes in the river. However, I will be happy to arrange for a day trip with a reputable outfitter who can take you to a nice lake that I’m sure you would enjoy.”

“Well, if there’s nothing else, I will leave you to it and please enjoy your stay,” Philip offered in leaving.

Tommy pulled out his two-piece travel rod and one of the Shimano Chronarch reels from his big duffel bag and rigged it for fishing bait on the bottom. With the baggie of cocktail shrimp he’d bummed from Miss Pamela in hand, he donned a warm jacket and stocking cap, grabbed his fishing rod and headed for the lobby.

“Excuse me,” Tommy greeted the desk clerk, “I’m a little turned around. How do I get to the river from here?”

“Going to do some fishing, are you?”

“I’m going to try but I have to get to the river to do it…do you know of any good fishing holes?”

“I’ve caught some nice perch and chubs just off the first landing at the end of Carting Lane. I’ll have a car brought around and the driver will take you,” the clerk answered cheerfully.

The driver, himself a fisherman, gave Tommy some tips on how to fish the Thames, and Tommy told him that he had brought some shrimp for bait.

“I say, I’ve never heard of anyone using shrimp,” the driver remarked.

The driver parked at the end of Carting Lane, opened the door for Tommy and helped him with his tackle bag. They walked a short way down to a landing on the river and the driver suggested he cast toward a deep hole off to one side. “I’ve had luck there,” he said.

Tommy bit off a chunk of shrimp and threaded it onto the hook and cast towards the hole. He had rigged with only a 1/4-ounce weight but thought it might be enough to get the bait to the bottom in the light current.

After about twenty minutes without a bite, Tommy decided to try the other end of the landing and cast up-current to let the bait drift naturally.

“And how is the fishing today gentlemen?” came a voice from behind Tommy and the driver.

“The fishing is fine, but the catching is terrible,” Tommy replied.

“Well the tide isn’t up yet, and the fishing will be a might slow until the water has moved in. Might I see your rod fishing license please, sir?” the constable asked.

Tommy removed his Texas Super Combo hunting and fishing license from his billfold and handed it to him.

“Sir, it says here that this is a license for hunting and fishing…in Texas,” the constable said with surprise.

“I see that. But it’s no good here in the UK!” the constable replied sternly. “Did you not buy your rod fishing license when you arrived?”

“Uh no, no sir. I didn’t know that I needed to do that,” Tommy squeaked dejectedly.

The driver stepped quickly alongside the officer and whispered in his ear. Peering at the driver rather incredulously, he folded Tommy’s Texas Combo license neatly and handed it back to him.

Clearing his throat for effect, he spoke directly to Tommy, “Sir, I’m going to let you go with only a verbal warning today, on one condition. You MUST purchase a UK rod fishing license if you plan to fish during your visit.”

Tommy nearly choked on his chewing tobacco but managed to thank the constable, and went on to say he would purchase a license before fishing again.

Walking back to the car, Tommy asked the driver, “What did you say to that Bubble to stop him giving me a ticket.”

“I told him the truth. You were here in London on business, flew in on a private jet, and have a suite at the Savoy. Oh, and he is not a Bubble, sir. We call them Bobbies,” the driver smirked.

Tommy didn’t understand how that alone helped him get off the hook for breaking the law, but he sure was happy he didn’t need to call Bodie to come get him out of a London jail.