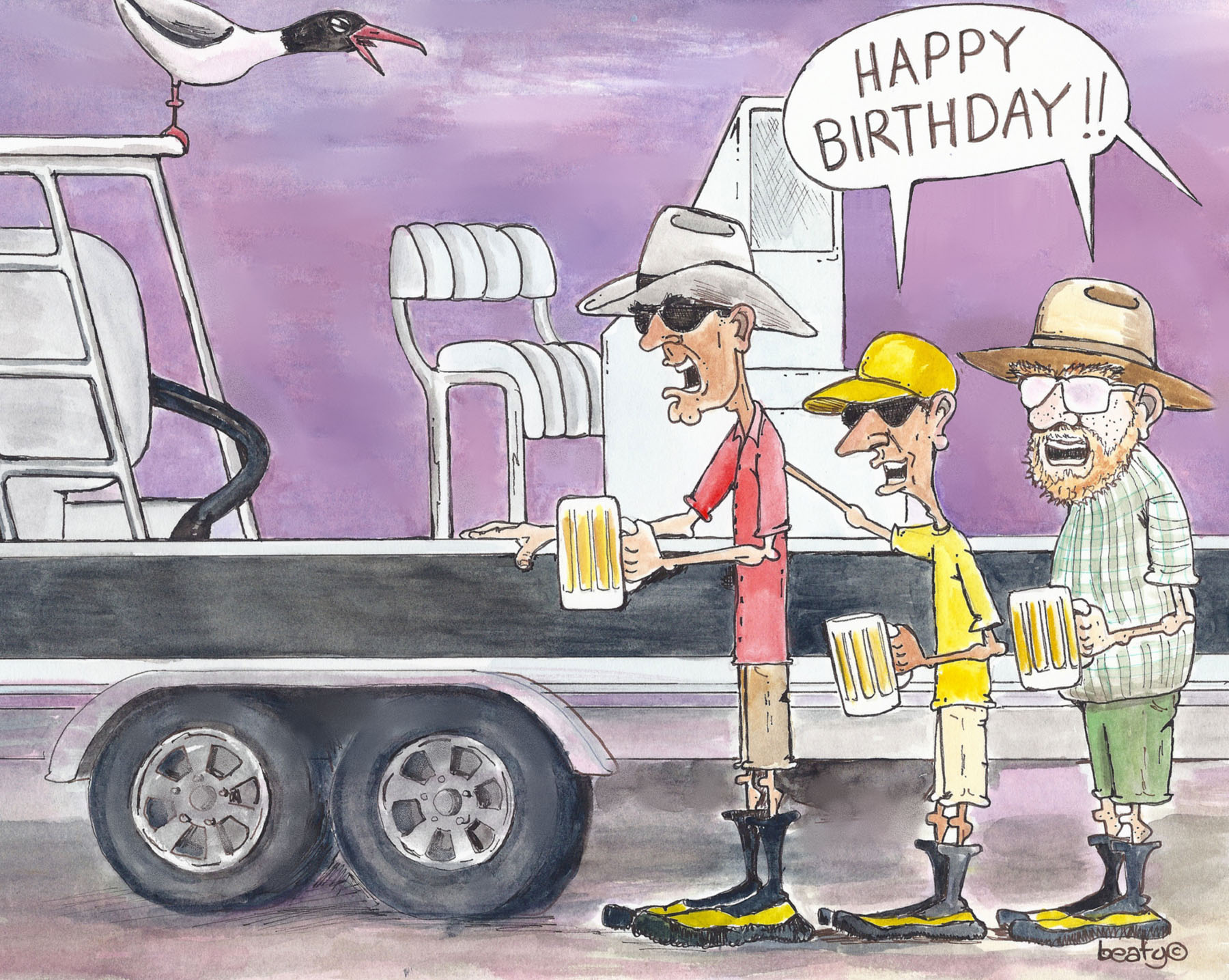 On Monday afternoon as Bodie was about to head home from the ranch, Mr. Connor drove up and asked Bodie if he had a minute to talk. Mr. Connor was looking at some land to lease down south quite a ways and wanted Bodie to drive down and check it out. "Drive it, check the water situation, the fences and the corrals, see how it would winter and see if you can get that old crook to come down a few bucks per acre would you Bodie?" Mr. Connor asked.

"Follow me to the house then and I'll give you the paperwork, phone numbers, some traveling money and where the land is located." Mr. Connor told him.

The next morning Bodie was heading south down Highway 77 for a four hour drive to the property that Mr. Connor wanted to lease. He stopped in Kingsville and said hello to some old friends and asked them if they knew anything about the pasture, but while one was familiar with the owner he had never actually seen the place. Bodie stopped in Raymondville for a bite to eat and called the land owner, set a time to meet at the gate and then following the directions given to him drove another hour to arrive there.

Mr. Alvarez was a nice old gentleman. Bowlegged with a sweat-stained Stetson, and Bodie imagined the old man had spent a lot of time horseback. They drove the pasture with Mr. Alvarez's foreman in a Jeep and Bodie liked what he was seeing.

"We have moved all of our cattle to pastures closer to home and would like to lease this to my old friend Mr. Connor to hold his cattle during the winters," said Mr. Alvarez.

"The place looks just fine to me, good grass, the fences have been taken care of but, the price per acre seems a little steep to me." Bodie said.

Mr. Alvarez laughed and offered a reduced price, along with the hunting rights, and Bodie accepted on behalf of his employer.

"Bueno!" said Mr. Alvarez. "Now you will follow us home to enjoy a Mexican dinner, spend the night, and then you can head home in the morning?" Mr. Alvarez offered in the form of a question.

"That sure does sound good to me," Bodie replied with a big smile, very much appreciating Mr. Alvarez's South Texas hospitality.

It was a long way to the Alvarez hacienda in the valley but, tired as he was, Bodie enjoyed seeing that part of the country. It'd been a long time since he had been down that way and he was amazed at how much it had changed.

After being shown to his room and washing up, Bodie joined his hosts at the table and believed that he had never really had good Mexican food until then. Everything was amazing, and while having a cold beer on the porch, Mr. Alvarez offered to show Bodie around the orange groves and the onion farm before he left the next day.

Bodie rose early as he always did and hoping for a hot cup of coffee he found instead his hosts already at the breakfast table folding eggs, chorizo, potatoes and refried beans into homemade tortillas.

"Ahh you sleep late for a ranching man my friend; it's almost five o'clock!" Mr. Alvarez said with a smile.

Bodie sat down and enjoyed the homey good cooking and the conversation. He made everyone laugh when the foreman, Raul, made a comment to another man at the table in Spanish about Bodie's heightBodie interrupted and replied in perfect Spanish that his father and grandfather had been even taller.

Mr. Alvarez got a big laugh out of that and told Bodie that his Spanish was very good.

"Where did you learn the language Senior Bodie?" Raul asked.

"I grew up in the Uvalde country. My family farmed spinach down near Crystal City and ran cattle, goats and sheep, and I think I learned Spanish about the same time that I learned to speak English." Bodie said with a smile.

The morning passed quickly and the Alvarez clan sent Bodie home with a truck load of oranges and sweet onions. Bodie called Mr. Connor on his cell phone to let him know that everything went well, the price of the pasture with the hunting rights, and that he had put their lock on the gate. He told him about the hospitality of the Alvarez family and Mr. Connor chuckled and said, "I would hope they treated you well... I've known Elpidio Alvarez for about 50 years and I would expect no less from him. Drive safe coming home and I'll see you later," Mr. Connor said before ending the call.

All the way home Bodie noticed the nice new boats being towed towards the Laguna Madre and he decided that he was just going to have to find a nice used boat that would fit his budget and be happy with it.

It was a long drive home.

Pulling in just before dark, Bodie unloaded his things into his house, set aside some produce for his hands and Mr. Connor, and then decided to go to Haddon's to see if the crew was there and give them some too.

Pulling up Bodie thought that there were sure a lot of people there for a Wednesday night and walked into a full house. Someone popped one of those confetti poppers and everyone yelled HAPPY BIRTHDAY BODIE!

Bodie was embarrassed as he had forgotten that it was his birthday. Tommy handed him a cold mug of beer and slapped him on the back, Eloisa gave him a really big kiss and then lit candles on a huge birthday cake. "Mr. Connor told us about what time you should be back and it worked out great!" Eloisa said.

Bodie thanked everyone there, and was happy to see all of the firemen who had helped with the fire at his house. A large chicken-fried steak was set on the table and everyone sat down to eat. Bodie was happy because all of his friends where there and he felt better than he had in a while but, he wondered where Red was.

The door opened and Bodie turned around to see Mr. Connor standing there with Captain Red. "Are we late?" Mr. Connor asked.

"Right on time it would seem," said Mrs. Crawford the Post Mistress.

Red had this huge grin on his face and everyone just started heading out the door. Tommy grabbed Bodie by his thick bicep and hurried him along to the door as well.

Outside, hooked up behind Mr. Connor's truck was a brand new 24' Transport SVT boat on a new aluminum trailer. Bodie stared at the boat as everyone yelled HAPPY BIRTHDAY and Red handed him the keys.

Bodie didn't know what to say. What had all of these people, his friends, gone and done?

"I hate to admit it Bodie but it was Tommy's idea," Red said. "He said that if we all got together that we could probably come up with enough cash to buy you a new boat and it not hurt our pocket books or break any of us; the whole town got in on the deal. Tommy called Donny to see how long it would take to build it and Donny said that he had one that was just rigged out and the buyer lost his funding and that he would sell it to us for you at cost."

"So all of us got together and pitched in what we could. Mr. Connor and Mr. Sellers contributed the bulk of it and Donny threw in one of those wide screen GPS units that are so easy to read. Me and Mr. Connor drove to Palacios and picked it up and were sure hoping we could get back in time." Red added.

"Mr. Sellers wanted to be here too Bodie but he had to fly to Hong Kong or some other place in Japan." Tommy said.

"Hong Kong's in China you idiot." Red said and Tommy just glared at him.

"Thank you all!" Bodie said. Tears streamed down his weather-tanned face and before everyone started blubbering, Red said, "Well get in the dang thing and see if it fits!"

Bodie climbed up into the boat and sat at the helm. "Well, what do you think Bodie?" Mr. Connor asked.

"I think that I have the most wonderful friends in the world... and the boat, well it's really big!" Bodie said through his tears with a huge smile.

Everyone cheered and Tommy yelled that drinks were on the house and Eloisa yelled that, "No they were not," but no one cared. Their friend was going to be back on the water and he was happy. And after all that Bodie had done for all of them over the years, it sure felt good for them to be able to help him.