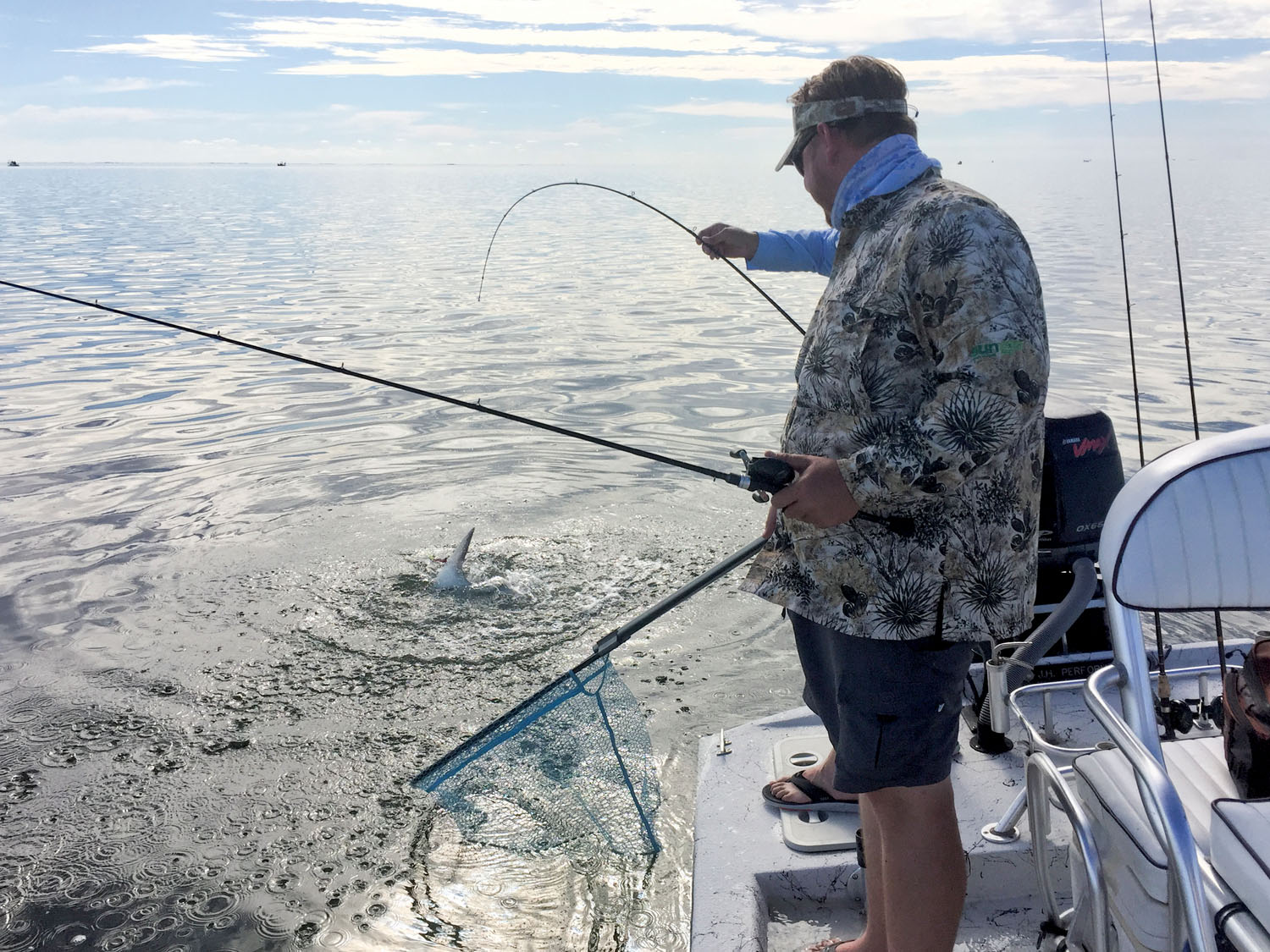 We had planned everything carefully. We missed nothing in our packing, and nothing in the prepping of the rods, reels, truck, boat motor and trailer. We were prepared!

For years now we have fished an October invitational tournament down at Port Mansfield. The folks who organize and present this event are some of the best people on earth and our crew is fortunate to be invited to fish with them.

The tournament is held on a Friday and the captain's meeting and a nice meal on Thursday evening are a big part of the fun. Everyone who enters the tournament receives a goody bag of various fishing related items that includes a top of the line fishing shirt embroidered with our host's logo.

We arrived in Port just after lunch on Wednesday, unloaded the boat and moved it to our slip, then hurriedly unloaded the truck at the house. No time to spare, we had arranged to meet another crew in Harlingen at 2:15pm and follow brothers Danny and Jeff Neu to a dove field for some wingshooting near Brownsville. Dressed in camo and with shotguns, cold drinks and plenty of shells, we hit the road for Harlingen. Made it right on time.

Then it started raining. The front had arrived with light drizzle that decided to become a torrential downpour. We slowed to 30 on the highway just so we could see but, fortunately for us, the rain was moving away from the field we were supposed to be hunting and it had only gotten slightly wet.

One of our crew was driving a two-wheel drive truck, I had my 4x4 and had shifted to high-range 4WD after seeing the dirt turn-rows that were being used as roads.

He made it, but from my rearview mirror he was doing a lot of sideways, slipping and sliding. I had my doubts several times but he eventually pulled up to the designated parking area.

The hunting was epic with so many birds flying, it was as my friend Keith described, "Almost like shooting birds in self-defense; they were all over us!"

After cleaning many limits of mourning doves and whitewings, with some bonus collared birds and a few errant pigeons, we headed back to Port to get our fishing tackle rigged for pre-fishing the tournament the next morning. Of course, we all had to stay up a bit later than planned discussing that incredible dove hunt, the easy shots missed and the ones we were proud of, and also about where we were going to fish first in the morning. We paid for that late night the next morning, though.

The light northeast wind was perfect and the air was cool as my sleepy group left the harbor at daylight. We found fish everywhere we went and were excited about the catching we would do for the tournament the following day. We caught some slot redfish at a few stops and they were in their usual places. All we needed to find were some flounder but, when we called it a day, we still hadn't found a single flatfish.

At the captain's meeting we found old friends, cold drinks and really good food, along with the usual great conversation. We took care of the Calcutta bidding and enjoyed the cool evening. We stayed until we knew that we should leave, and then a while longer, finally saying, "See y'all later and good luck," as we left the pavilion and headed back to the house. There was no late-night bull session, everyone hit their beds as we had a tournament to fish the next morning.

We checked in at the pavilion early on Friday morning and received sack lunches for everyone on the boat along with fresh breakfast tacos, a case of bottled water and a couple bags of ice. Yes, our hosts know how to run a fishing tournament.

We couldn't leave the harbor until the time stated in the rules so we munched tacos while idling around with the other boats that were doing the same. When the time was good to go we headed to where we had caught some good trout the evening before, and just as we got started, my son Sterling boxed a trout just over three pounds. Now that was a good start!

We moved many times the next few hours but couldn't improve on that trout and we hadn't found any reds. We decided a move was in order and made a long run to a spot where we usually find flounder. We were not disappointed.

On Harrison's first wade he picked up a 22-inch flounder and Sterling came close with a 21-incher. I caught a flattie that I released as did Keith, and almost immediately thereafter he hung into something big.

At first I thought it was a big flounder (I was hoping it was a really big flounder as the Calcutta flounder pot had been carried over from the previous year). But when the drag started screaming with his line leaving the reel at a rapid pace we both know it was a big red. "Let's hope for a 27-7/8 I joked. Nope, it was 29" on the nose and back into the water it went. We caught one more red at that spot and it measured 19-inches. Oversize and undersize... Oh Well!

We were unable to improve on Sterling's trout or Harrison's flounder and, for the life of all aboard, we couldn't find the reds. I kept everybody fishing until time for making the weigh-in grew short and finally threw in the towel.

We weighed our fish and we were happy with the weights, then put the boat in the slip and headed for a much-needed shower and nap.

We headed back to the pavilion for dinner, door prizes and the tournament results. My crew took second in the flounder pot and third in trout, so we didn't do too badly. Had we caught a slot red we would have had enough combined weight for high overall, but that didn't happen.

Sterling, Robert and Keith headed back out Saturday morning and found the motherlode of heavy slot redfish...a day late. Ain't that the way it always goes?

The tournament is something we look forward to every year. The people who put this on and the companies who contribute are just top notch and we appreciate them and their friendship. I can't wait until next year.