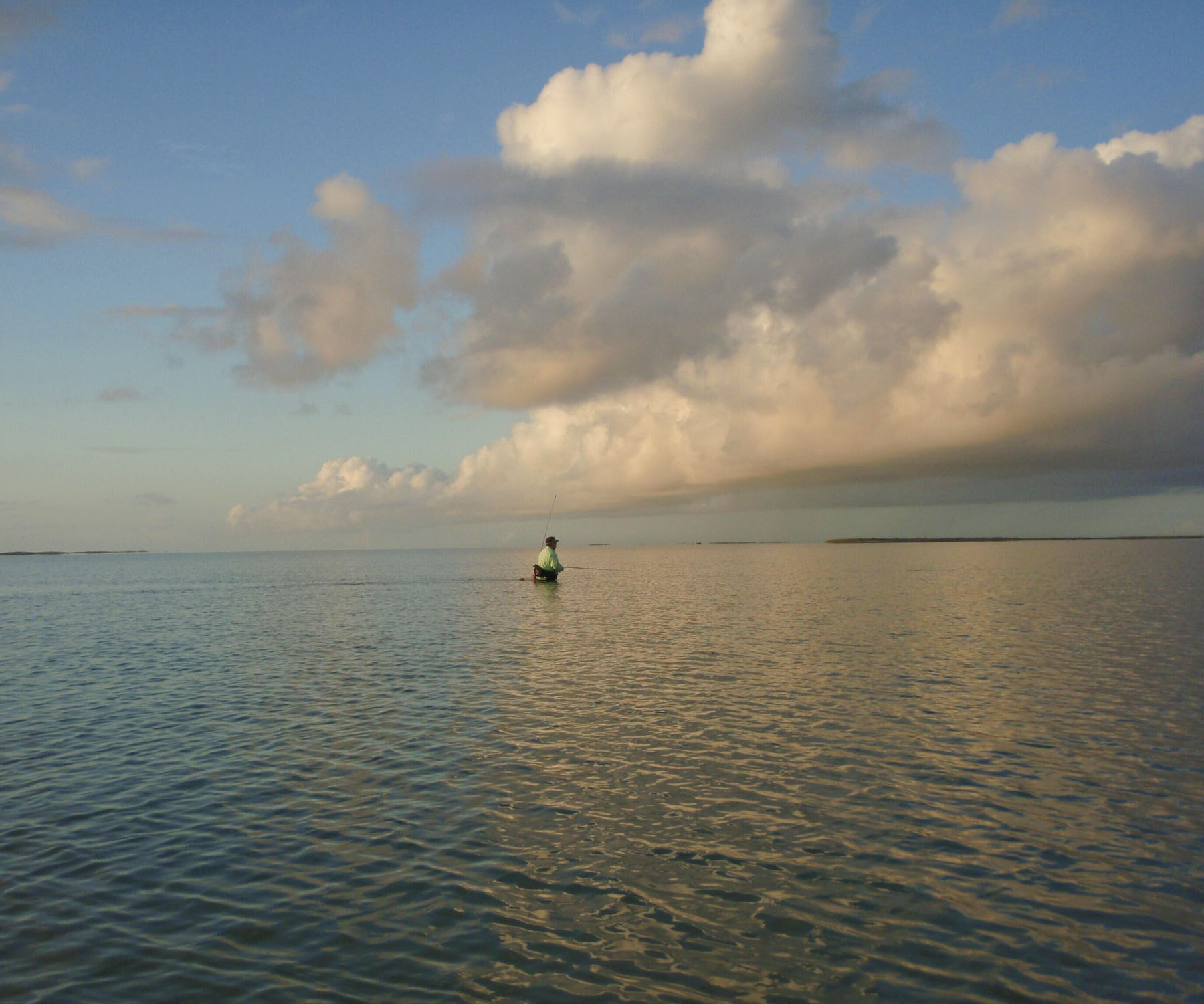 Wade fishing provides the solitude and communing with nature I crave.
I had a friend ask me the other day why I would get out of a perfectly good boat, get all wet, mingle with sharks, jellyfish and stingrays, just to catch some fish. I answered that I just liked to be one with nature and laughed. I added that wading was actually a combination of hunting and fishing, and I really enjoy that aspect. But he was serious and he just didn't understand why I didn't just stay in the boat and drift, so I proceeded to explain further to him why I like to wade.

I told him that I like drifting and do it quite often when over bottom that my knees and back can't tolerate, i.e. soft mud bottom or when fish are holding in deeper water that can't be fished any other way. I pointed out that my feet can take me where my boat can't and I can't find the small changes in bottom structure if I'm in the boat. I also explained there are times when the fish are holding on structure that I would likely zip across while drifting, catching only one, whereas when wading I can stand perfectly still and take greater advantage of my good fortune.

I explained that there is a stillness when wade fishing that you can't get if fishing from a boat. Stillness equates to stealth and adds to the odds that if fish are where you are; you'll catch them. I can cover a lot of ground quietly and I don't have to move with the wind to do it as I would if I stayed in the boat. If I see bait get busted upwind I can wade to within casting distance and with a boat unless I had a trolling motor I'd be out of luck. Even with a trolling motor though, going against the wind is going to cause some hull slap, which is noise, which isn't stealthy.

He asked me about sharks, jellyfish, stingrays and other nasty creatures being in the water and how I dealt with knowing that they were there. I replied that I slide my feet for the stingrays, wear long pants and long sleeve shirts for the jellyfish and for the sun, and that I watch carefully for the sharks. I told him that when a small to medium size shark gets too close I simply whack him with my fishing rod and it usually goes away. He then asked me what I did if it was a really big shark that got too close and I told him that I usually gave the shark plenty of room and moved away from it. If the shark became aggressive I would make my way back to the boat and toss a fish to it to keep it busy. I told him I would give him my stringer with all the fish on it to keep the big shark away from me. He actually got goose bumps when I told him that and said that he would never give up being at the top of the food chain just to be able to sneak up on fish.

I had explained to him all that I really could at the moment. I'd run out of reasons that I like to wade fish, well those that I could think of anyway, and simply told him that he needed to try it with me some day and see if he liked it. I offered him some wading boots that someone left in my boat one day that would fit him, I had an extra wading belt or two or three that he could use along with a stringer and box to hold the lures he would want to fish with.

He looked at me, laughed, and said "Oh hell no."

He said that he would fish the way he wanted to fish and that I could do the same. He said that if I wanted to use a perfectly good boat as a taxi to a spot where I could jump into the water, lower myself on the food chain and be bait for JawsI could just go right ahead. He would be in the boat where he could stay dry, not get eaten, stung or stabbed by any sea critter, and where he could be close to the beer and the snacks where he enjoyed being.

And really, he had a very good point. Fishing is supposed to be fun and stress free. If getting into the water stresses you out; don't do it. If wade fishing is what decompresses you from a week in the office, then great, have at it.

But however you fish, be it from a boat, from belly deep in the bay or from the bank, have fun while you're doing it.

After all, if you can't have fun when you're fishing why go?