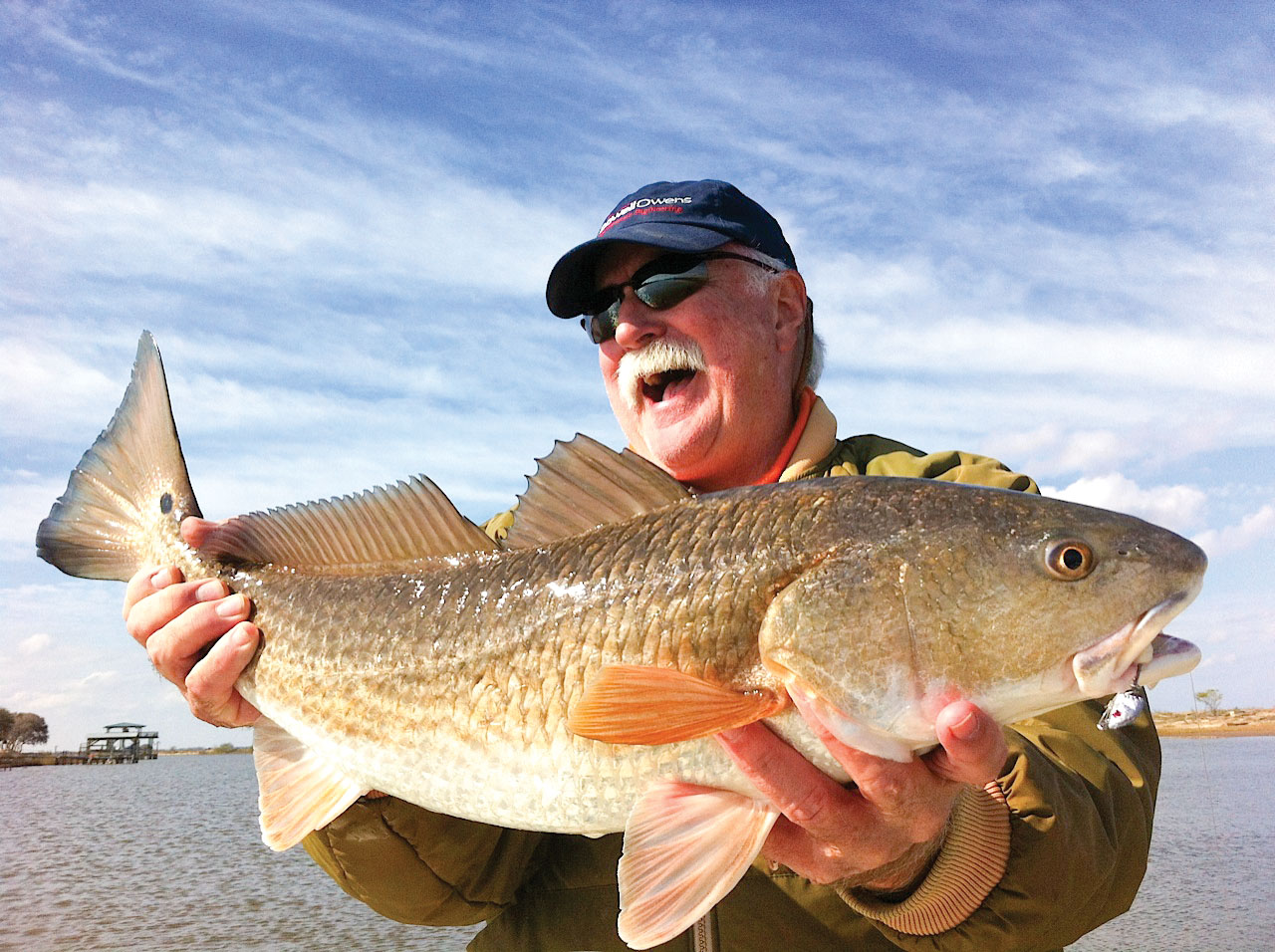 A lot of fishermen still have their rods and reels put away this time of year, their shotguns, rifles and bows at hand. For them, fishing is a warm weather activity and if they cant wear shorts while running the boat, they're not interested. For them, winter is strictly for hunting, for being in the woods. Campfires, steaks on the grill, poker games in the camp house and hopefully a successful hunt is what is on their minds. They'll have venison sausage, smoked goose and duck, teal gumbo and stories of the Bull of the Woods that they almost got a shot at for the rest of the year.

But for those of us who look forward to the cooler days and nights with dreams of clearer water and less competition on the bays, and the call of the wild, well make time for both hunting and fishing.

This year my son and I both shot bucks with our bows early during bow season and then got busy on a project and haven't had much time to hunt or fish; we plan on remedying that very soon.

The cooler months bring a different kind of fishing to the Texas coast. The trout wont usually be where we caught them during the spring and summer months, although, on some warm days, when the weather has been sunny and mild, it pays to revisit some of your old summer haunts.

Instead of going through the same old fish areas close to deeper water, and finding bait is the key, I'm going to write about some alternative methods of fishing during the winter months.

Something that we have a lot of in my area that pays dividends during the cooler months when there isn't a lot of rain, are the many creeks and rivers that feed into our bay systems. The two most frequented rivers in my area are the Colorado and the Tres Palacios.

The Colorado, the largest and deepest of the rivers in my area, is usually fished from the FM 521 Bridge down to the Diversion Channel, and also the part of the old river south of the diversion channel to the Gulf. Fishermen find the drop-offs near the sandy banks and toss plastics while maneuvering with their trolling motors. Ive caught some nice trout and redfish while plugging the Colorado's riverbanks. Keep your depth finder on when you're plugging; watch for deep holes and if you have a GPS, mark the spots when you find them. When it gets colder, go back to those holes and see if the fish are stacked up in the deeper water. Down river, just past the River Bend Tavern, you'll see shell on the opposite bank. Look for things like this while you're working your way along the river bank. Ive caught a lot of nice fish where Ive found shell on the edge of the river and you shouldn't pass a spot like that. With many miles of river to fish, plan on spending several days just learning the holes and most productive and consistent spots. It will be worth your time and effort.

The Tres Palacios River is a smaller river, not as deep as the Colorado, but still holds a lot of fish if the rains don't keep it fresh. You can unload at the FM 521 Bridge that crosses it and go either upstream or down working the banks as I have already described. The Tres Palacios can be harder to fish due to being narrow and the amount of boat traffic that you sometimes find. One thing that I have noticed though, the people who fish there regularly tend to be courteous and I haven't experienced many problems from other boaters there. Trolling is a big deal on this river with fishermen after trout and reds. It isn't uncommon to see boats with four or more rods trolling slowly up and down the river, hoping to see one bend when a fish grabs their lure. Here's a good place to fish any surplus Hump Lures or old Bingos if you don't mind risking them to the fishing Gods. I wish I had a Hump lure in my box for every one that has been lost in the Tres Palacios, there's no telling how many have been sacrificed there. Ive seen guys trolling their baits behind the boat under corks, keeping them suspended to avoid bottom hangs, and with great success. I tried that and had some success, but I prefer to control the depth of the lure with the speed of the outboard. If you've never trolled for trout before, it can either be very boring, or very busy. Having all of the rods bend at once isn't uncommon and with two or three guys in the boat, it can be a three-ring circus trying to get them landed without getting the lines hopelessly tangled.

If you get a hookup and you stop the boat to bring the fish in, I recommend plugging the area thoroughly. Usually, you'll pick up a few more fish before resuming trolling. Watch the banks for pods of mullet and key on that bait. Use your trolling motor and keep pace with them, fishing both the shallow bank and the drop-off. Its a rare day if the water is pretty that you wont catch your share of some nice fish in the Tres Palacios River during the colder months.

If you feel like putting on the waders and checking for leaks then the area between the Baptist Encampment pier and the Pavilion Pier in Palacios is a good place to go. The bottom is hard sand with oyster shell and directly out in front of the sea wall about 50 yards or so is a really good shell reef. In fact, they built the new pier right on top of the reef much to my dismay. But that reef meanders in and out and is reachable with a good rod and reel and there are also many clumps of oysters scattered across the general area as well. Catching can be very good here in the winter and even if the north wind is blowing you'll be protected from the blast.

West of the Pavilion all the way to the public boat ramp is good wade fishing and I have caught some really nice stringers of fish casting towards the rocks on the boat ramp channel and working the lure back from deeper to shallower water. On a cold day when the sun starts to warm the shallows, Be There!

Don't forget the many turning basins that abound in our area. Many a fishing trip that would have been a total loss as far as fishing is concerned have been saved by these protected harbors and their deep water. Using your trolling motor, move in and out of the piers, plugging the area just as you would do if you were drifting a sand flat in the open bay. Bulkheads and sloping banks can be fished just as you would in a river situation. Flounder, trout and redfish can be found in these harbors all winter long.

Some turning basins that you can easily access are the ones at Matagorda, Palacios and Port Lavaca and I've caught fish in the winter months in all three.

So you don't have to rely on the bays for your fishing fun this winter. The rivers and turning basins offer you protection from the hard-blowing northers and you wont have to worry about crossing open water that can be treacherous. And if the weather is too nasty for you to fish in even these areas, then there's always that cozy deer stand.