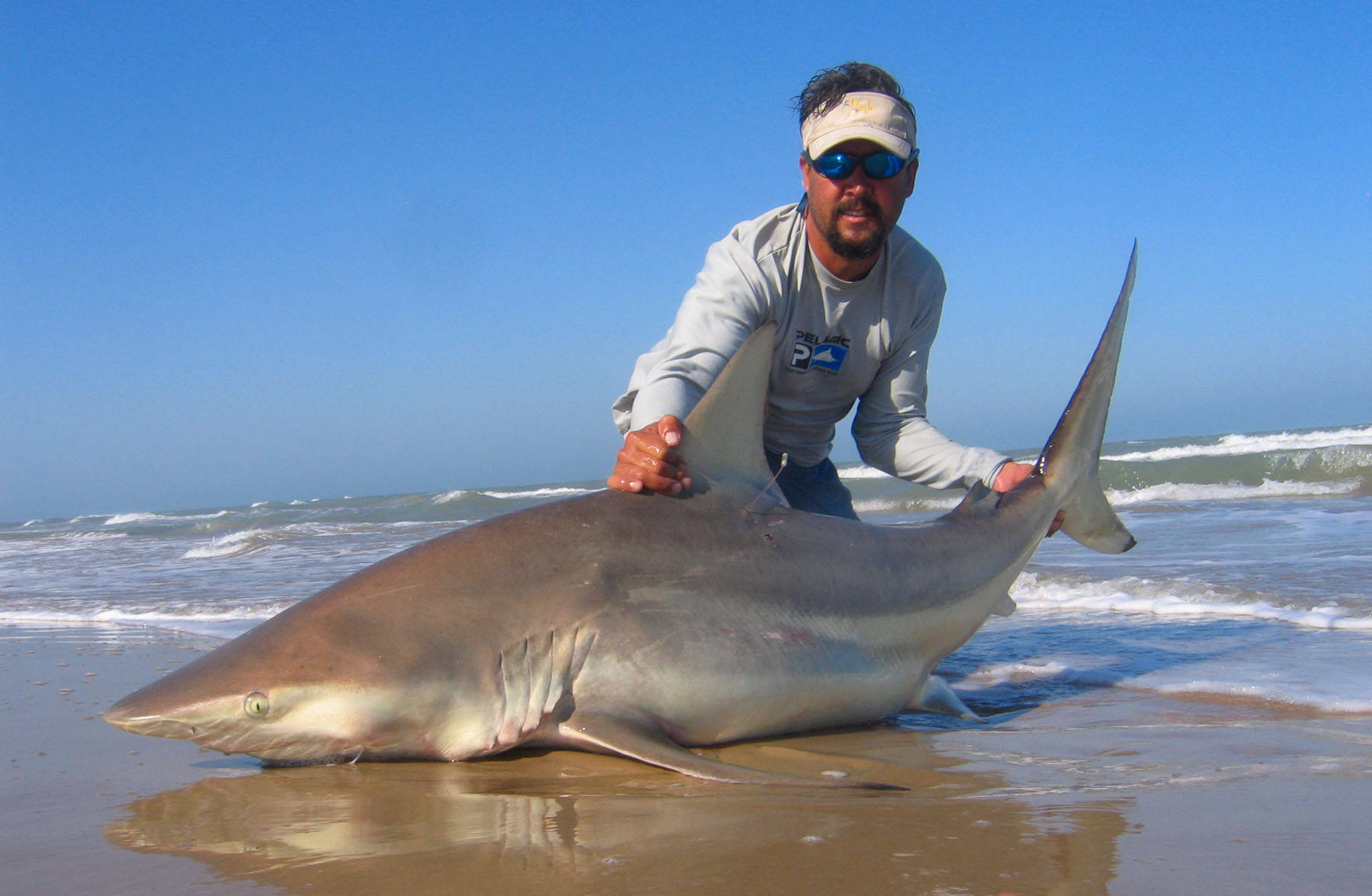 Easter Sunday in the PINS surf. Kip Kaaialii - 6’ 3” blacktipped shark - released.
Recently I’ve had the opportunity to be offshore in six foot swells while listening to the marine weather radio forecasting two to three foot seas and quoting reports of three foot seas from two offshore buoys. Easter weekend I had the experience of motoring within 300 yards of a water temperature monitoring device and finding that my transducer was registering 6 degrees cooler than the temperature being given by the device. Today the winds lightened up for the first time in several days and we’ve had large swells. At 5:00 a.m. the forecast called for four to five foot swells but then stated the seas were currently running six feet. It is now 5:00 p.m. and they are still six feet although the forecast is still calling for fours to fives.

Now where I’m going with this is as simple as it gets. Weather forecasts and other available information is important and the wise mariner will monitor them regularly BUT they aren’t and never have been intended to take the place of common sense.

If it looks too rough it is too rough and if the water feels cold it is cold. Lengthy time on the water in a wide variety of climatic conditions gives the experienced seaman an insight into short term weather forecasting that is invaluable. Use it. It was saving lives a very long time before computers arrived on the scene. Always figure it will be a bit windier and rougher than the forecast and plan your trip accordingly and you will be well served for it

A TPWD biologist pal of mine recently shared an interesting bit of information. Scallops (shellfish) are dramatically declining along the Eastern seaboard. There is a substantial fishery for them as seafood and their great decrease in numbers is a very real economic threat in some areas. The reason for their decline is the tremendous increase in the number of cow-nosed rays which feed on them and the reason for their great increase in numbers is the over-fishing of the shark species which are the ray’s only predator. Once again and as always; "what goes around come around.

Another item of interest is that almost any saltwater fishing show on TV will at one time or another talk about what great bait Spanish and king mackerel are for various larger gamefish. I want to insure that everyone realizes that while this is apparently legal in Florida and some other states, it is absolutely illegal in Texas waters. I checked with TPWD concerning this and that’s straight from them.

I’ve had a couple of incidents occur on charters that have been on my mind for some time and I’d like to share them with you. I had two wonderful senior citizens last December who were fishing before I was born. There were a wide variety of medium-sized gamefish present feeding on shoals of migrating finger mullet. Included were large jack crevalle and oversized redfish. One of the gentlemen hooked up and line was quickly evaporating off his reel.

The reel was filled with braid and there was plenty of line remaining. All at once the angler reached out and grabbed the spool with his hand and broke the fish off. I was stunned and asked him why.

He said, "I was just doing you and your equipment a favor, son. That was just a big ol’ jack crevalle and I didn’t want to lose all of your line."

I thought and replied, "Yes sir,” might have been a big ol’ jack, but it might also have been a 30 pound red, or a 20 pound speckled trout, maybe a king mackerel, something you’d really like to catch.” I went to tell him that here we never intentionally break a fish off as there is no way to know for sure what it is. It might be the fish of a life time. I have spare spools filled with line so if they strip your reel we’ll put on a new one but never intentionally beak one off.

It’s always amused me that folks will leave their line untied to the spool so it can’t damage the reel or break a rod if they get stripped. That’s part of the game. You wouldn’t believe how many big fish I’ve had strip reels over the years but then they were too tired to break the knot at the spool and we’d end up catching them. Cool stuff.

The other incident really drove home a point. My customers were boat owners and lifelong bay fishermen. There was an old wreck in the shallow surf I wanted to try but my ol’ longtime pal, Ace Leal, and his brother, Pete, were fishing 300 yards south of it. I didn’t want to crowd Ace so I stopped and asked if he minded if we fished the wreck. We visited a minute, he didn’t mind and we drove on to the wreck.

One of my customers said, "Wow, we just learned something different about the beach compared to bay fishing."

I asked what he meant and he said, "Did you stop and ask him just because he’s a friend or would you have done that with anyone?"

I replied that it was simple common courtesy I extend to everyone. People on the beach are very considerate and therefore respect other angler’s space.

They were stunned and replied, "Boy, it is sure not that way in the bays."

I sadly replied, "Yeah I know, but it could be and it should be. It’s just a lack of common courtesy, and that’s sad; isn’t it?”  We can all change that you know.

Easter Saturday the water temperature went to 69 degrees down in the southern half of the PINS surf and good numbers of large jack crevalle and several species of sharks showed up. Kip Kaili and Eric (Oz) Ozolins caught and released some solid blacktipped sharks and one bull shark. Kip had an Avet 50W reel filled with braid stripped in less than 10 minutes. The bait was a 17 pound piece of fresh jack crevalle set out 500 yards from the beach so the fish took approximately 600 additional yards of line off the reel. It’s been a long winter and a harsh spring so that’s a great way to kick the season off. I’ve got a reel with 450 more yards of line on it than Kip’s and it’s a good thing for that fish I was chasing incorrect water temperature in P.O.C. that day.

Turtle nesting and visitor’s use will be in full swing in May so keep your eyes open, your speed down and use Common Sense.  Be Careful, Be Courteous, Be Kind.