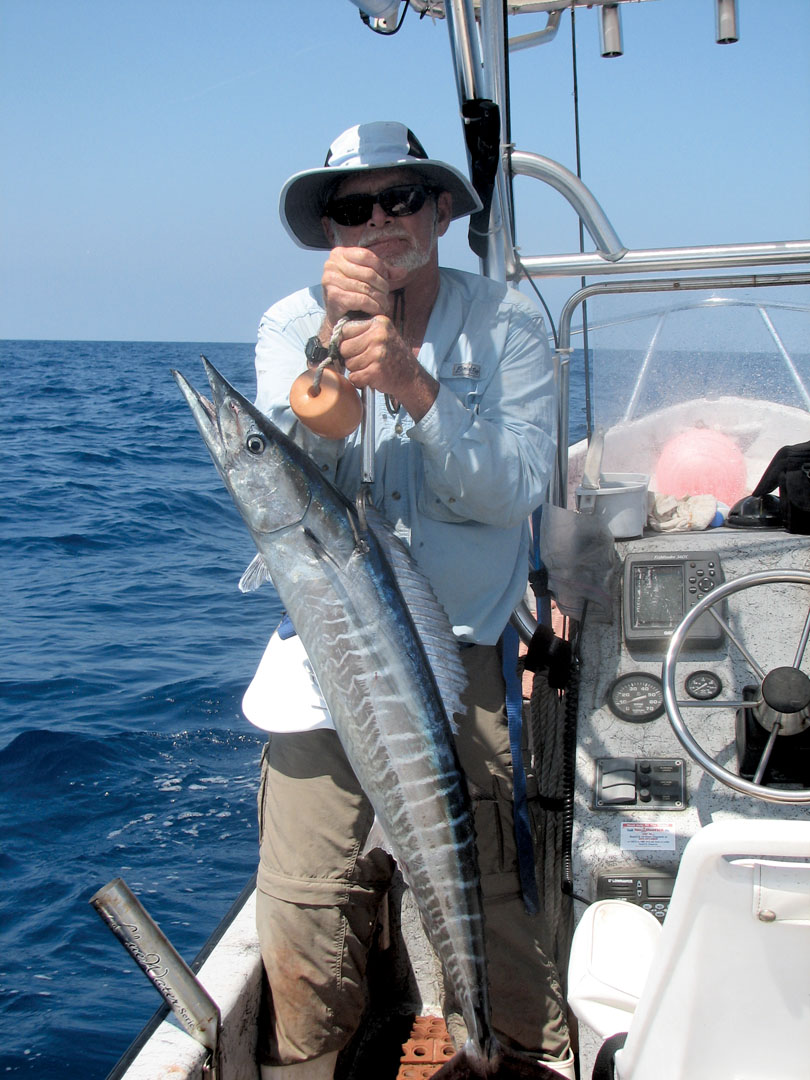 I have been nominated for Field & Stream magazine's prestigious Heroes of Conservation award and further honored as one of six finalists. On July 23 a film crew joined me on PINS and the video should be running on their web site at www.fieldandstream.com/heroes by the time you read this article. They are flying me to Washington, D.C. on October 21 to participate in their Heroes of Conservation Gala.

Many who know me well are probably getting a good chuckle as visiting large cities and travel in general have never been my thing. However, there are potential rewards in this, such as a new Toyota Tundra truck if chosen as Hero of the Year, which justifies going. Further justification is that hundreds of thousands will be made aware of ongoing and worthwhile conservation projects and my greatest hope is to inspire others to start projects of their own. The primary message I have always hoped to convey is this; "One person can make a difference."

I do not do the things I do for awards, recognition, or personal gain. I never look around to make sure I have an audience. I do things because they need to be done and very often because no one else is willing to do them. Many times nobody, not even my wife, is aware of them.

Issues arising from management policies and decisions at PINS have been rankling park visitors for some time. A professional mediating firm has been contracted by regional NPS managers to work with the visitor group and local PINS management. Hopefully they'll come up with solutions acceptable to all.

Talk of boycotting future beach cleanups has been circulating and I've been asked if I intend to continue the Big Shell Beach Cleanup. I want to make this perfectly clear right now; there will be a Cleanup in March 2010. We do the Big Shell Cleanup for the beach not for the NPS. However, we greatly appreciated their participation this year and hope they will continue. We clean the beach as a show of respect and reverence for this wonderful place we cherish and nothing could ever change that. Folks who choose to boycott certainly have the right to do so but I think they are overlooking why we do it in the first place.

The Sea Turtle Recovery Program recorded 196 Kemp's Ridley nests this year, besting last year's record 190 nests. David Newstead and I found the first green turtle nest in Texas on July 25 and it contained 137 eggs. Turtle patrols were concluded on July 15 which marks the end of the Kemp's Ridley nesting season. Most of the green and loggerhead nests are found during late July through August.

I featured the red knot in our monthly birding column a few issues ago. There will be a study of the area's red knot shorebird population going on down island September 30 through October 6. The effort will include cannon netting and banding. Little is known about the Texas migrational population of this species which is in extremely steep decline on the east coast. Much can be gained from evaluating the population passing through our area. The majority of the east coast birds have been banded yet the ones we see on PINS are not. Only two of thousands seen here were banded so there's lots to learn that may help keep this species from disappearing. These shorebirds tend to be found in greatest number between the 16-19 mile areas of PINS. Traffic probably won't be effected other than the possibility of having to drive higher on the beach for a short distance to avoid spooking birds if they are preparing to fire a net. I will be taking part in these studies on days I'm not chartered.

A teenage girl was nipped by a shark on South Padre in late July but as only seventeen stitches were required it must have been a small shark. Stingrays are another matter with reports of large numbers being seen everywhere and it seems every few days I hear of someone else being hit. Last time I visited with Mike McBride he told me his son, Brandon, had been hit the day before.

It's my time of year; the time when no other place produces like the surf. September through early December is the time of harvest, the time of the frenzies, when the surf boils with a wide variety of gamefish species pounding shoals of dusky and bay anchovies and finger mullet. Tens of thousands of diving terns, gulls and pelicans fill the skies. Some mornings, before the first cold fronts trigger the migrations to Central and South America; you can see a black mass far ahead on the shoreline that can be mistaken for smoke. This is high adrenalin fishing and the rulebook is thrown out the window concerning what species may be encountered. Any who have ever been blessed to be down island when all the pieces comes together will never forget the experience.

Fishing in the middle of the frenzy requires the angler to remain keenly observant and use good judgment for many medium to very large sharks are right in there with everything else. I once waded a neck-deep gut to reach the outside bar to cast for tarpon and walked right up on a twelve foot tiger shark in the white water of the bar with his dorsal, part of his back, and his tail exposed. I've also turned to retreat from the offshore bar only to discover four adult bull sharks, between me and the beach, moving slowly and ready to attack. Don't let it be you.

Throwing large artificials at tarpon can be frustrating as the sharks will hit them as readily as they will bait and it's the perfect opportunity to sightcast sharks. Large numbers of skipjack are often found in the frenzies and if you use anything less than 30 or 40 pound mono the skipjacks will become gilled in your line and cut you off or fray the line so badly it will part when a tarpon is hooked. Best thing to do is sightcast the tarpon and try to avoid areas writhing with skipjacks.

Let's see, they want me to wear a business suit in Washington. Straw hat, fishing shirt and shorts, wading belt with knife, pliers, Boga Grip and stingray boots are my regular business suit so I should do just fine. What a hoot!

If we don't leave any; there won't be any. -Capt. Billy L. Sandifer