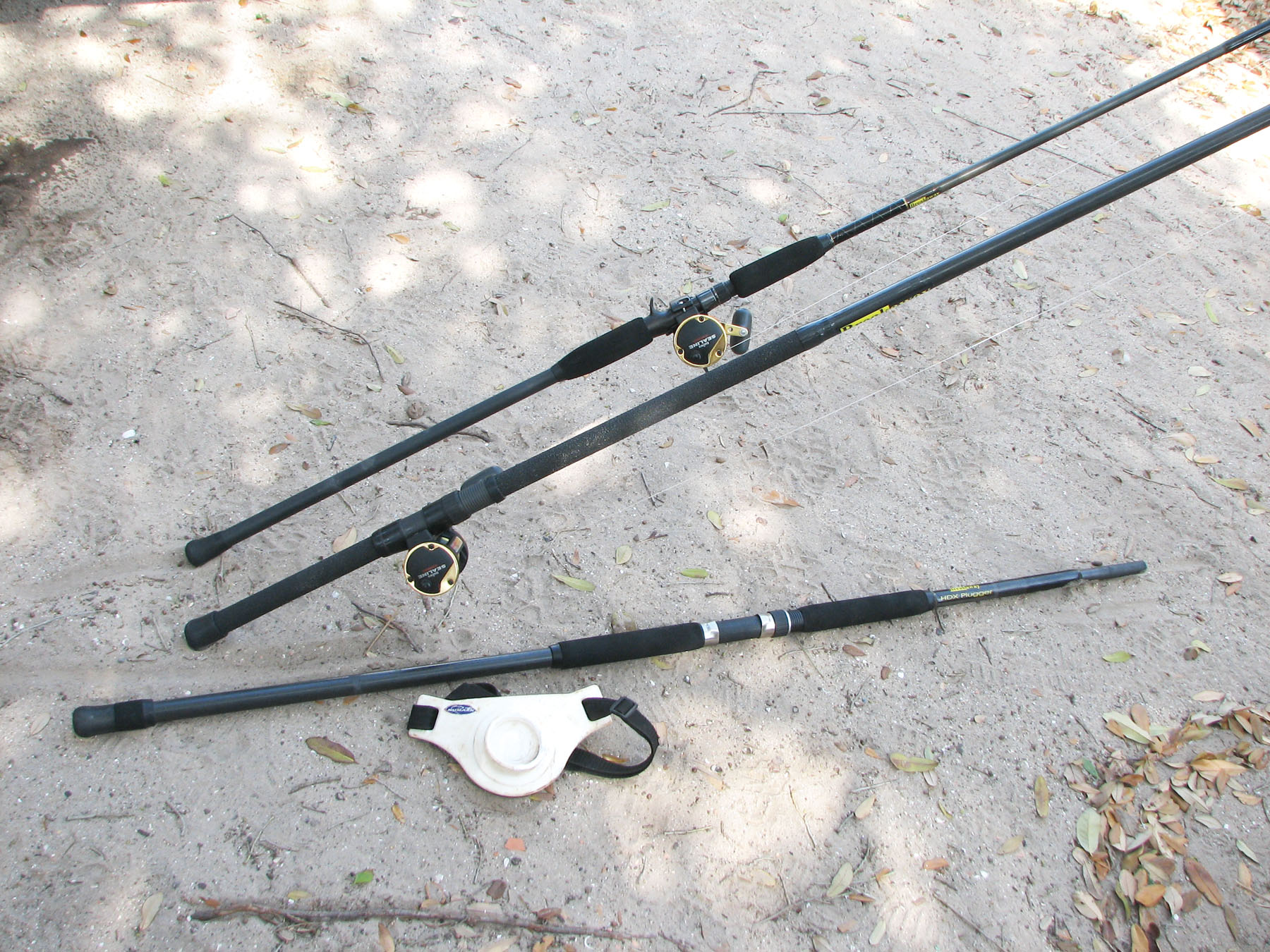 For years I have wanted to learn as much as possible about Texas saltwater from the back bays out to 30 fathoms. My goal has been to learn to fish all of these waters with all types of tackle. A lofty goal indeed yet it remains to this day a fun-filled and interesting lifestyle; not to mention a constantly challenging one.

I genuinely admire those who specialize and excel at one particular type of fishing, but it just ain't my nature. Fishing for the same species in the same place all the time would be like having a job. My desire is to be doing the type of fishing that is the most productive and enjoyable for my customers on any given day.

Now the reality is that customers book charters with goals in mind. Many want to learn to read and understand the dynamics of the PINS surf, so that's what we do. On these charters it's not about how many fish we catch; their goal is to learn more about the surf and fishing there.

Interest always runs high this time of year for stalking the bays in hopes of landing the trout of a lifetime. At the same time, in the surf zone, large jack crevalle are prowling the shallows of the surf and afford close-quarters sightcasting opportunities for fly casters and lure fishermen, so we have options.

I strive to utilize any and all available resources and to acquire any particular skills necessary for my customers to be successful. I've been casting surf rods a long way for a long time but never had much interest in specialized long-distance casting. Recently it occurred to me that some of these guys are casting over 700 feet, and while I can cast a long way, I sure can't throw 700 feet.

I got to thinking about those late summer and fall days when large schools of tarpon were right in front of me but out of casting range and I realized that if I could cast 700 feet they would no longer be out of our reach. Also, there are days when schools of the much sought after pompano are beyond normal casting range. So I visited with Nick Meyer of Breakaway Tackle, a specialist in this field, to evaluate whether I needed to add this type fishing to the bag of tricks I regularly employ while surf fishing. It became apparent that while the tackle and techniques I've used for decades have served us well, long-distance casting would increase our capabilities.

There are two basic long-distance casts. The pendulum cast for 2 to 4 ounce lures or weights and the back cast for 5 ounces and greater. Over the years I developed a casting style for throwing shark baits wearing a small belly plate and casting from the hip. I was surprised to learn the back cast is extremely similar. The caster stands with his back to the target and the butt of the rod in a belly plate and brings the rod around and up in an arc. With the addition of spool brakes to surf fishing reels to control overrun, the caster does not thumb the spool during the cast, and this increases distances. I watched a mature gentleman back cast a 5-ounce weight to 700 feet. Nick told me the caster had taken up back-casting because he had suffered a severe back injury at one time and cannot cast in the typical fashion. With practice over the years I've be able to throw shark baits 150 yards. I now believe that with practice and the right equipment I'll be able to throw shark baits at least 150 yards.

The back cast is easy to learn and often wins distance casting tournaments. It originated in England using a pitchfork to cast a sinker attached to a long line with multiple hooks after cod in the North Sea. The cast can even be done from a wheelchair reaching distances over 100 yards. Placing the reel low on the rod and pulling forward with the leading hand on the fore-grip is the key. Breakaway offers four custom models in their HDX series which vary in length from 12.5 to 14 feet. All are intended for throwing weights of 5 ounces or more. The preferred rod for 2 to 4 ounce weights is the Breakaway Omega 10' 6" custom.

In the surf I typically employ 8.5 foot medium/light action spinning tackle and we concentrate our efforts on nearshore pockets and holes. When throwing lures, we are usually moving too often to utilize the long-distance casting rigs. However, there are days when we stay put for longer periods and the long-distance rods can be thrown far offshore and fished from rod holders while customers fish closer to shore with the lighter tackle. It's a win/win all the way around. The Breakaway web site is www.Breakawayusa.com and packed with good info.

Yesterday I was introduced to a product that is so handy I want to tell you about it. It is called Silicone Rescue Tape. Some of its attributes: self-fuses in 60 seconds, water-proof, resistant to fuels, oil, acid and most solvents. Heat resistant to 500 degrees and insulates up to 8,000 volts. It works under water and can be used as an emergency fan belt or O-ring. It stops leaking radiator hoses, and gas, transmission and brake lines. I could have saved many an hour lying under a Chevy Suburban trying to jury-rig broken lines on sandy beaches if I'd have known about this stuff sooner.

Silicone Rescue Tape has been manufactured for the government since the late 1950s and was actually used to make emergency repairs on helicopters in Viet Nam but is really just getting introduced to civilian markets. Blue Water Ship's Stores and Breakaway Tackle is carrying it in Corpus and I'm sure it will be readily available widely in the near future. Too many things can go wrong out there in the real world of sea and salt and sand and it will be in my vehicles and boat supply kits from now on. The potential applications for this product are absolutely mind-boggling and it could sure save your day.

Daiwa is having a Daiwa Days Promotion in conjunction with Roy's Bait and Tackle Outfitters Customer Appreciation Days on 17 and 18 April. This would be a perfect time to pick up a couple of those Daiwa long-distance casting reels. I'll be there representing Daiwa both days.

Turtle nesting season begins in earnest in late April. The Kemp's Ridley sea turtle nests on PINS and most Texas beaches. They are the most endangered of sea creatures. They nest during the daytime and are the same color of the sand and can be extremely difficult to see. ABSOLUTELY NOTHING is more of a threat to our continuing privilege of driving on ALL Texas beaches than running over one of these nesting turtles.

If we don't leave any there won't be any. - Billy L. Sandifer