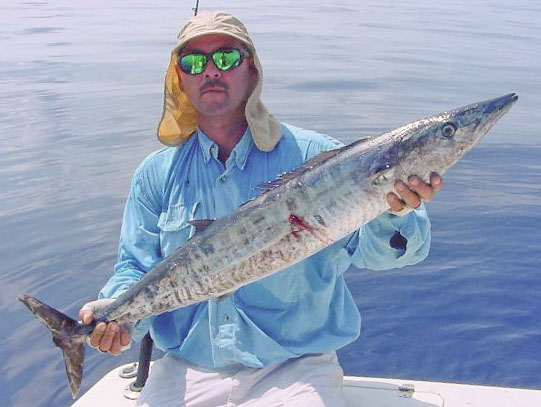 We all know a great many people but in my experience it is rare to meet someone who quickly brushes aside all of the defensive barriers all of us have and almost immediately works his way into our hearts and our lives. My dear friend recently deceased, Rodney Davis, was one of those people. It was with much sadness that I attended his funeral yesterday. He died last Wednesday of a heart attack at the age of 53. He was totally fearless and never let difficulties impede his efforts. One of his eyes was badly damaged in a fishing accident in his youth yet he was an extraordinary angler and hunter.

Years ago Rodney and I were on Three Sloughs in Alazan Bay in my small Hell's Bay flats skiff and it had to be blowing a steady 40 miles per hour. There was a large compartment in the stern and Hell's Bay had neglected putting "clam shell" fittings over the holes cut for wiring and cables. We were steadily catching trout on plastic when I noticed we were riding low in the stern. I opened the hatch to discover about a foot and a half of water in that stern compartment and more coming in with each swell.

Rodney was casting in the bow so I told him to crank in as we were in serious danger of sinking. I had a one gallon bucket and began bailing and Rodney just kept on catching trout. I finally stepped forward and shouted at him above the high wind that he could either help me bail or we'd both end up swimming to shore after the boat sank. He got the anchor up and I started the engine and attempted to get enough speed up for the boat to self-bail but we still needed to get more water out of that compartment first.

As I resumed bailing I looked up and Rodney was back to casting. I finally got the boat up to self-bailing speed and headed for the shallows. As we gained speed Rodney put his rod up and joined me at the center console. He said, "Gee Dad, if they'd have found us drowned they would have looked in the ice chest and they'd have said no wonder they didn't quit fishing. They were catching good trout!" And at that he laughed and laughed. He was a good man to ride the river with and many will remember him the rest of their lives.

I want to cover something once more in hopes folks will genuinely understand. Hammerhead sharks are the most difficult of all sharks I know of to successfully catch and release. I'm quite familiar with the ol' "they fight to the death" theory and I'll be the first to admit that is a fact IN SOME CASES but by far the greater number die because they need to be handled with more care than other shark species.

When an angler realizes he has a hammerhead of any size on his line, other anglers with him need to be getting ready in advance. Tags, ropes, pliers and de-hookers should all be laid out and readily accessible before the fish comes in. One person should be designated as cameraman and take all the pictures. If everyone takes a turn at running to the truck, finding their camera and taking pics, the time involved will most often kill the shark. To you it doesn't seem like a lot of time but to the hammerhead it is the difference between life and death.

Getting it all done and getting that fish back in the water ASAP is an absolute necessity to successful catch and release of these fish. Don't drag a hammerhead up onto dry sand or even into a few inches of water. This dislodges its body organs and often leads to death. Look at the picture of me releasing a hammerhead a friend recently sent me. It's obvious I couldn't care less about pictures and am totally fixated on successfully releasing the fish and while it's still in a few inches of water, although I prefer it be deeper than that to help support its body weight. If you leave one in the water it will twist to and fro with its tail but if you bring it out of the water it will gyrate about and slam its body on the hard sand with great force, repeatedly. Obliviously this has the potential of injuring the fish badly.

Have the respect to buy a good pair of hook-outs or a de-hooker and remove the hook ASAP. If it becomes obvious you are not going to be able to get the hook out in a SHORT PERIOD OF TIME, cut the leader as close as possible and leave the hook in him.

When you walk out with the shark and release it; if it arches its back and its head and mouth are out of the water as it swims along it is not alright; it is badly stressed. If this happens, go back out and get it and continue to walk with the fish until it puts its mouth and head under water. It can then be successfully released. You must walk a shark forward when releasing it. To pull it backwards by the tail will drown it. It's not complicated, but doing it right makes all the difference in the world whether the shark lives or dies. It's your choice.

Yesterday I had the privilege of talking with Capt. Thomas Hilton; owner of Hilton's Offshore Atlas, Hilton's Realtime Navigator and various related products out of Arcola, TX. I wanted his permission to include one of his daily surface temperatures charts of the Gulf in this article. He was very gracious and gave permission and told me he has data going back for some time.

I asked him if he was seeing anything different concerning our nearshore waters for the past few years and he said he hadn't. His chart clearly shows the cold current coming out of Mexico which he says is normal. I told him that for the past 4 or 5 years we have had an unusual amount of cold water impacting the surf zone in mid summer which was actually turning it into an off-colored, no life zone.

Now, don't misunderstand; the upwellings have always been there but not as cold and not for such long periods of time. I survived the sargassum, the wind and the red tide for a long time but it is this cold upwelling in midsummer that finally made it financially impossible for me to continue guiding on PINS.

The cold water being pushed down by the warmer water of the shallower surf erodes away at the offshore bar and turns water that is typically clear to off-colored and its cold enough to move the bait fish out and the predators go with them. Our windows of opportunity for quality conditions for surf fishing seem to get smaller and smaller each year.

As of this writing 205 Kemp's ridley turtle nests have been found breaking last year's record of 199.