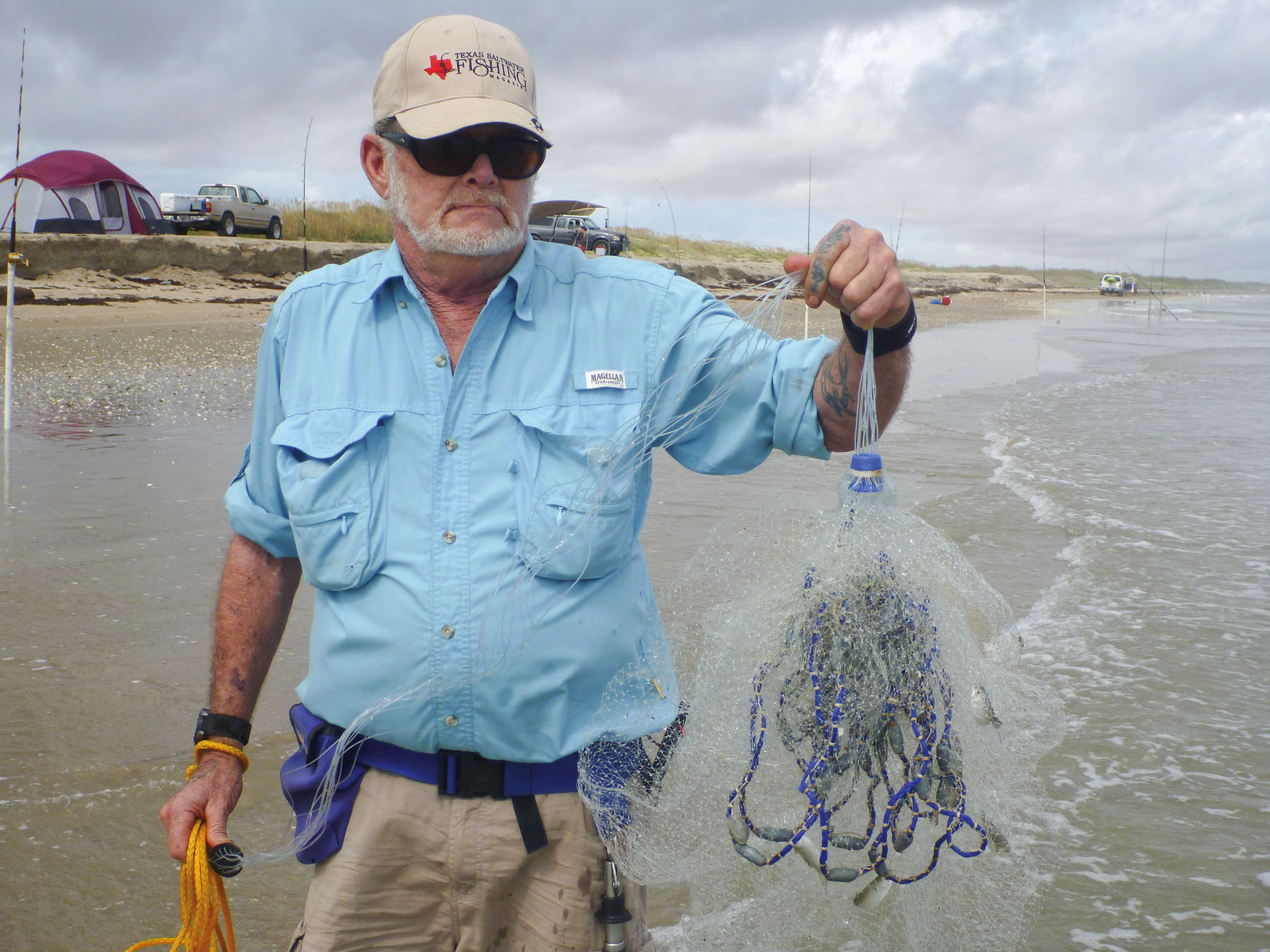 Most long term readers of my articles are fully aware of the fact that I am NOT a proponent of using live croaker for targeting speckled trout... but many probably miss the fact that it isn't the use of this productive bait that I have a problem with.

What I have a problem with is the "killing frenzy" mentality that seems to go hand-in-hand with using croakers. I believe that when live croakers are used in this manner it is destructive to the resource. As I've always said, it doesn't matter if a dead trout was caught on a topwater, a croaker, or by the freckle-faced kid down the street with a cane pole and a piece of dead shrimp that trout is just as dead. The answer is to practice conservation to insure the continued sustainability of the fishery, not to hate the baits some people choose to use.

Personally I enjoy throwing artificials so that is typically the manner in which I fish for most species. But if I want a mess of pompano you can bet I'm going to break out the fresh-dead shrimp and Fishbites. And, if the surf is full of finger mullet and redfish are the target species of the day, it's far easier to break out the cast net and gather up live finger mullet than grind with artificials amidst tons of live baitfish all day.

Now listen to these next words carefully- "Most people will catch more fish on bait than on artificials most days." But, there are fishermen who'll stand right beside you using lures while you use live bait and embarrass you severely. Likewise, there are days when you can't buy a bump on lures while bait fisherman do well and, there are days fish won't hit live or dead bait at all but will enthusiastically inhale topwaters or plastic. It's all part of the game.

The more elitist or purist we become the more difficult we make the game, and usually the fewer fish we'll catch. Those who choose fly fishing only make it the most difficult of all; they know that, and they also know they probably won't catch as many fish as everyone else, but THEY LIKE FLY FISHING, so that's what they do.

This is supposed to be about having fun; not about how many fish you catch. I strongly suggest to newcomers to the sport to try a wide variety of methods and don't get trapped into any one method of fishing or type of tackle. If you want to learn to throw lures, that's great, and it also gives you the opportunity to hone your all-important casting skills but take along some dead shrimp and bottom leaders in case the lure fishing is unproductive. A fine mess of pompano and whiting will impress the wife much more than a sad tale of a lack of success.

Set reasonable goals to start out with and as your skill level and knowledge increases you can expand your efforts to include more venues. Personally I can throw a fly rig, a bait caster, a spinning reel, and a large surf fishing reel with no level-wind, left or right handed or backwards. There is a time and place when each excels, (other than maybe throwing backwards.)

I'm often asked about using sand crabs off the beach and ghost shrimp (mantas crabs) for bait. I don't use either and the NPS has restrictions on using ghost shrimp during the winter months. These creatures are terribly overharvested on the Mustang Island beach and this presents problems for shorebirds as the ghost shrimp is a staple in their diet. I have always felt we should do as little as possible to disrupt the natural balance of the creatures whose home is the beach. If we can afford high-dollar 4WD vehicles and rods and reels, undoubtedly we can afford to buy a pound of shrimp.

There is one very major exception to not gathering bait on the beach and that is finger mullet and other small finfish. There are times during October, November, and early December when there are untold hundreds of tons of finger mullet migrating through the surf and much of the time they can be caught in large numbers with a cast net. TPWD allows cast nets up to seven feet in radius. It seems most newcomers tend to go for one extreme or the other and either purchase a seven foot net or a three-footer. Driving slowly along the beach and watching people throw cast nets is very entertaining, and if you do I guarantee some people's techniques will have you laughing to the point of tears while others are so tragic you can't help but feel sorry for them.

Selling cast netted mullet, mud minnows and grass shrimp to bait stands made up part of my annual income for over thirty-five years and for a time it was my only means of support. I did it all with nets of four to four-and-a-half feet. There are tricks learned by years of trial and error that can make cast netting much less labor intensive and much more productive and I'll share some of these with you as best as I can.

I can teach just about anybody to throw a cast net effectively in less than ten minutes but attempting to do so with the written word alone may be more tedious. To begin with, there are several things one can do to new nets that will make using them a whole lot easier and productive. First things to do upon purchasing a new cast net is to do away with the small diameter tether cord and find some other use for it. Buy a piece of 5/8" rope forty feet long and secure the net to it. If you know how to splice, it is much better to splice the connection. If you connect it with a knot that knot is going to painfully hit you on the back of your hand during casts until you absolutely hate it.

Cast nets are made of cotton, nylon and monofilament fibers. You absolutely want nothing but a monofilament cast net for saltwater use. The other nets absorb water which makes them heavier and therefore much harder to make the net open fully. Also - the white color is too visible; the baitfish will see the net coming in mid-air and run out from under it.

And now for the best trick of all. Most folks will agree that the heavy weight of the cast net makes throwing it unpleasant and counterproductive as the weights won't let the net open (spread) fully unless you invest great effort with each throw. Now this next modification is a bit tricky and tedious but is well worth the effort. New cast nets are designed with a certain amount of weights to allow the net to descend quickly in deep water. Much of our cast netting is done in water of four feet or shallower. WE DON'T NEED ALL THAT WEIGHT. Depending upon how heavily the net is weighted, I remove every other or every third weight from the lead line. You'll be amazed at how light the net will become and how easily it opens.

Removing the weights is the tricky part and can be a bit of a chore. I use a hammer and cold chisel, two small pair of vice grips, and an anvil. I stand the weight to be removed on end, resting on the anvil. Then I cut through the weight (without cutting the lead line) with the chisel and hammer. After cutting a groove the length of the weight I use the vise grips on opposing sides of the weight and bend it apart and clear it from the lead line. Man I'm glad they opened the National Seashore back up. Happy Holidays to you and yours. Capt. Billy