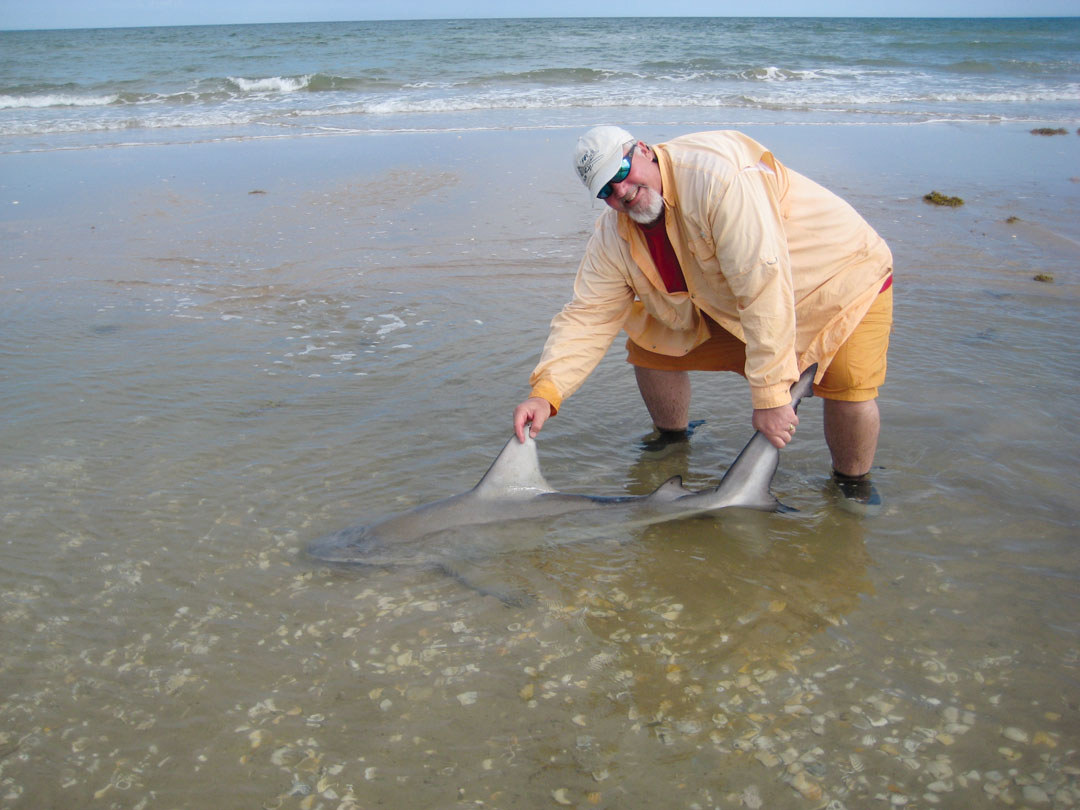 Since I run some distance offshore regularly in my 25-foot Panga with only one outboard I do everything possible to keep that 175 HP Suzuki Four Stroke in tiptop shape. I have maintenance and check-ups done on it more regularly than most folks do and more than the manual specifies. It's simple enough; I am a seasoned professional and I fully understand and accept the responsibility that goes with taking customers offshore and getting them back to land safely. Above all else, the safety of your passengers is your number one priority when you put the title "Captain" in front of your name and make yourself available for charters. If it isn't, you need to seek other employment. I never put my pocket book ahead of my customers well-being and if it's too rough to go we reschedule. But I've got a good deal going. I trust my boat and outboard to the point I would have nothing else, but likewise I trust the professionals at Gulf Coast Marine to keep that outboard operating at peak performance levels. It is this trust that allows me to venture 40-50 miles offshore. Anything can happen; even to a showroom new outboard and we are all aware of that. But I also know we can minimize the potential of problems occurring by doing the footwork and getting our outboards and electrical systems checked regularly. While picking up my Panga recently and talking with Gulf Coast Marine mechanic and technician, Marty Benge, recently he said, "My God, Billy, I wish other folks would do like you and bring their outboards in for maintenance during the slow season when we have time rather than waiting till spring. They all wait until the last minute and all want their work done instantly when we are buried." Makes good sense to me to beat the spring rush and get them checked out before then. When "trout fever" kicks in everyone else is waiting in line and you are already a done deal and fishing before everyone else's boat is ready. Think about it.

The red tide on PINS pretty much disappeared on 15 November after 39 days although patches apparently remain near the Brownsville Ship Channel and in Corpus Christi Bay. NPS estimates 10 million fish were killed on PINS. Remember a whole lot of these are what anglers think of as trash fish. Hardhead catfish shouldn't be much of an issue this winter. Exceptional catches of pompano and other species began in the northern 17 miles of PINS beach while the south end was still experiencing red tide. One catch of 100 pompano was reported on 23 November Wow! I dearly love catching pompano on light tackle but often a long cast is required to reach the fish and I have become quite fond of the Daiwa Sealine 20 reel mounted on a Breakaway 10ft-6in Omega rod. This rig is light weight and fun to cast. Professional distance casters use 15 pound mono line but with customers I use 20 pound test. A top shot of at least 70 pound test mono is required as the generated energy of the cast will break the line without it. The top shot's length is twice the rod's length plus at least 8 turns on the reel.

I want to share a recent charter event with you. I have some gentlemen from Los Angeles who fly to Corpus to fish with me for 2 days each year. Absolutely great guys but they have very specific goals. One fly fishes only and the other is a grinder. We had to reschedule their trip once due to the red tide. As their scheduled date neared I could see a negative trend developing. We had a cold front, water temperature dropped and the finger mullet migration resumed. Various species of gamefish were readily available including good numbers of large jack crevalle. This was my customers #1 choice of target species so all was good. Then we started setting record high temperatures for several days, the water temperature became unusually hot for the time of year and the finger mullet stopped migrating. The surf became a "no life" zone and I knew it would remain so until the next cold front passed; which would again drop surface and water temperatures and start the entire process all over again. That's how it works. The charter was scheduled for a Sunday and Monday. We were forecast a solid norther Monday morning. So I KNEW fishing would be tough Sunday and we were doomed to get blown out on Monday completely. I called the customers in L.A. and pleaded with them not to come on these dates. I had plenty of empty dates available after the incoming norther and chances of excellent catches would increase dramatically. But they simply had the fever too bad to heed my advice and came anyway. We traveled the entire beach front without seeing a single fish. I cast net some live finger mullet to give us some chance of success but they refused to use them. Sure made for a long day. We passed anglers catching lots of pompano, black drum, whiting and redfish on bait and we stopped and I took the hook out of a 5-ft blacktipped shark Dennis George caught on a cast bait as we drove up but there simply was no productive lure fishing potential. We passed numerous wonderful locations for bait fishing as we headed back north. Then the debris got bad and we were past all the productive areas when all at once in desperation they decided they'd bait fish after all. Too late. The wind was building steadily, the tide had gotten high and any productive catching was over for the day. The reality of my earlier warnings finally sank in and we canceled the second day. They flew round trip from L.A. to Corpus and paid motel rent for 2 nights and ended up getting one bite all day and catching one 12" whiting for their money and efforts. It didn't have to be that way. We're pals and we enjoyed our annual visit but that sure was an expensive whiting.

It speaks for itself. If you have enough faith in a guide's experience and skills to hire him and fly across the U.S.A. to fish with him trust his experience enough to listen to him when he tells you to reschedule. And for those of you working your own way up the learning curve you will find that as your experience increases you will be able to evaluate options most likely to be successful on upcoming trips based on climatic conditions, moon phases and other variables. The more one concentrates on one species or one type of fishing with no Plan B the tougher it gets.

THE DATE OF THE UPCOMING BIG SHELL BEACH CLEANUP HAS BEEN SET AND IS SATURDAY, 20 MARCH, 2010. Hope to see you there.

If we don't leave any there won't be any. - Capt. Billy