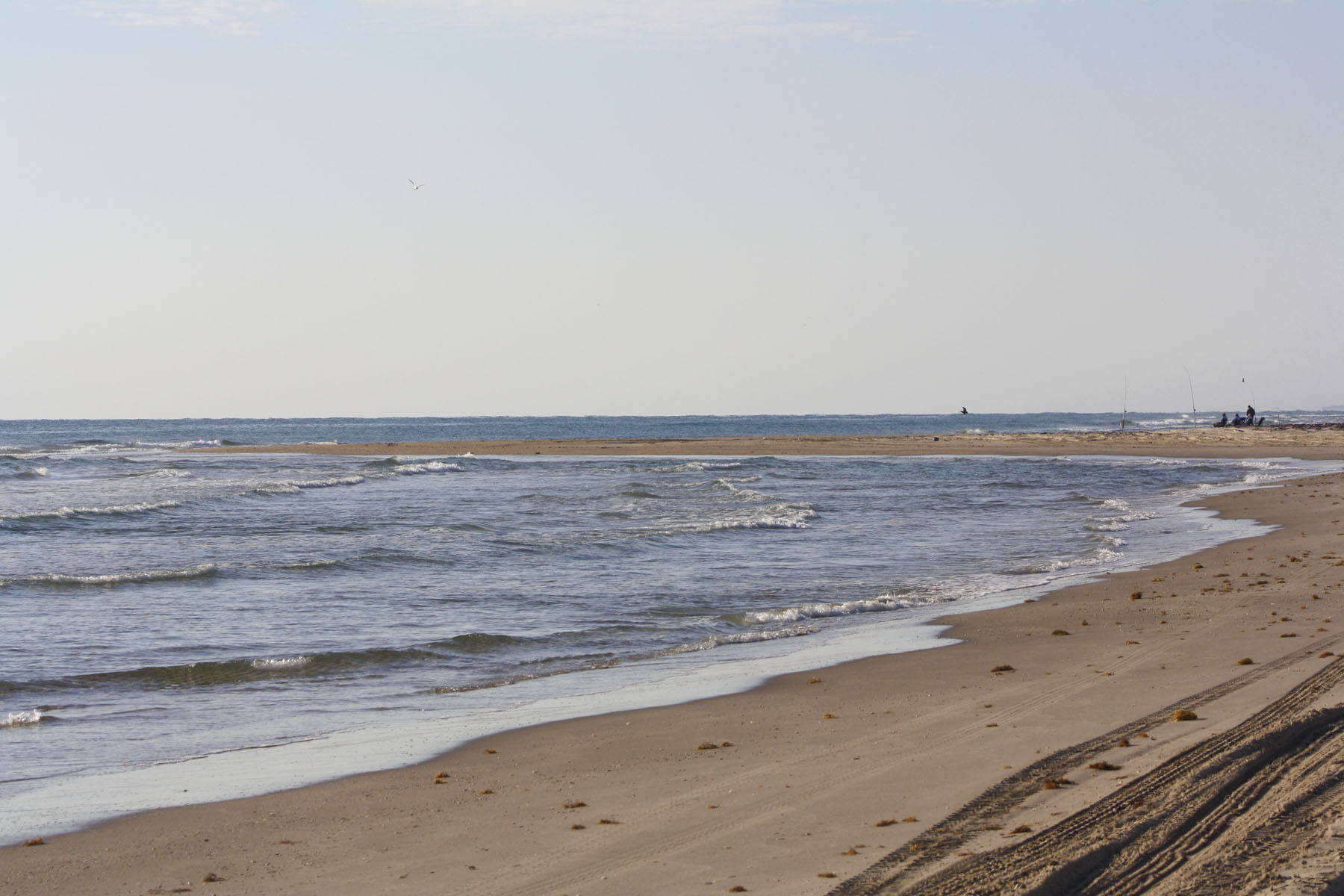 On Saturday, 09 October, my shark fishing mentor and brother in spirit of thirty-four years, Karl Boardman, passed on at the age of 75. Karl was a part of that family I've written about, the one we collect on our journey through life that ends up closer than being blood kin. Seems like we might have been blood brothers though because I have a vague recollection of him and me performing that ceremony while under the influence years ago. I attended a small outdoor memorial service for him at Roy's Bait and Tackle Outfitters for him on Thursday the 14 October. Many thanks to the Guerra family for doing that. Beach fishermen have always been family and the shark fishermen are the tightest family of all. The grandson of a full blooded Brule' Lakota, Karl's church was under the open skies and his religion centered around Mother Earth and Mother Ocean as does mine.

Karl was larger than life in many ways and played a major role in the very beginning of surf fishing for sharks, but most of you will not have heard of him because he kept to himself and he sought neither publicity nor acclaim. To the contrary; he didn't want anyone to know what he was catching or where or by what methods. He and the handful of others who started the sport locally would load large sharks and take them all the way up to Bob Hall Pier so people would think they had been caught there instead of down the beach. They got away with this for years. He knew that to publicize the availability of such a fishery would bring countless droves of disrespectful newcomers to this place (PINS; before it was PINS) that he and I and others considered sacred and we knew they would not all share our spirituality that considered all living things equal.

We felt humbled to be the children of this place where the sea meets the shore and treated it as our church. But we knew that as more and more people began to visit PINS far too many of them would not have the slightest conception of how we felt towards PINS and Mother Ocean. Karl quit going down island long ago. It broke his heart to see what PINS and shark fishing had become. Selfish? Certainly. I've been thinking about it the past few days and of all the many things he was, Karl Boardman was a shark fisherman above all else. And as I thought those things about Karl I heard a rough voice deep inside of me say, "Yeah, and so are you. You always have been. You do lots of things and fish for lots of fish but what you ARE is a shark fisherman." I have no choice but to stand guilty as charged. Boardman used to say, "I don't care how much money you've got or how big your boat is. MY FISH EATS YOUR FISH."

It caused me to recall decades of pain and strain; of danger and anguish and often unrealistically heroic efforts and I realized I would have had it no other way. And for several days now I've been mulling it around in my mind and asking myself if the spirituality is gone from the sport and the place we considered sacred. I'm pleased that the answer to that is no; it isn't gone. It lives on just as always. Trust me there are plenty of folks down there who don't have a clue and probably never will but there are also many who do. I'm grateful and pleased. Some things are being lost along the way but at the same time some of the first negative practices are likewise going away and it was imperative that they do so. For years we killed every big shark we caught and used pups for bait. We didn't know any better. We thought the sea was a boundless resource and that we couldn't possibly damage fish populations. So much for that. Now catch and release is the norm among sport fishermen and I thank the Creator that it is, but I am deeply concerned about the continuing mass destruction of shark species by commercial fishermen for the Oriental shark fin market. And it's not half way around the world. Mexican shark boats out of Playa Bagdad are illegally fishing the waters off PINS and have been for years. I've been studying up on it a bit and noticed the Mexicans were complaining that the average size of sharks they catch in Texas waters are getting smaller. That's scary. Lots of small fish and few big ones is a sign of a fishery in big trouble. And we see the same situation developing in our speckled trout fishery, by the way.

I did a little film shoot with National Geographic and Harte Institute recently. National Geographic is doing a special on bull sharks. Of very special interest is why there are so very few attacks on humans by bull sharks in Texas and certain other places, even though there are goodly numbers of bulls present, while other coastlines have many more attacks for no conspicuous reasons. Availability of food source, salinity and all kinds of things to consider as potential reasons and it should sure make for an interesting study and show. Gulf shrimpers used to say that sharks feeding on their by-catch was the reason more people don't get bit. They would always say, "Just put us out of business and watch them sharks start hitting people on the beach." BUT Gulf shrimper numbers and Gulf shrimping effort are way down and attacks haven't increased.

Driving in the Big Shell Beach area began to deteriorate following our string of September tropical weather events and on the first morning of the Sharkathon Tournament, 01 October, I believe I saw in the neighborhood of 40 vehicles broken down or stuck in the Big Shell. The beach took three days of heavy pounding by tournament traffic followed the next weekend by the Surf Cats tournament. I have broken leaf springs on two occasions lately but last Sunday it got me real good when both sets of rear springs gave up the ghost. A $740 repair bill along with a lost charter makes it tough on a beach guide. Organizing a tournament is a huge undertaking, no doubt, but to tell you the truth I think organizers might want to consider the reality that the beach can only handle so much traffic before it is seriously and negatively impacted. A good two-inch rain to pack that loose sand down would help more than anything else right now.

Although I've had few shark charters in October there are really some high numbers of bull sharks being caught and released. I believe the total I heard concerning Sharkathon was eighty sharks caught with thirty-seven being bull sharks. Later in the month several camps have landed six or more bulls on one trip. Strangely, the biggest I've heard of was 7'-2". These are sub-adults; not mature breeders. Adult female bulls ranging between eight and nine feet have been present in varying degrees every summer of my life and I remember one year we landed sixteen over eight feet in a two-and-a-half week span. The last few years there are one or two landed at best and I am concerned about the adult population. The 8'-6" bull I pictured in a recent article getting outfitted with a satellite tag (and the only one I know of being caught this year) quit transmitting in the area of Playa Bagdad. I fear that says a whole lot. Enjoy the Holidays and remember life's a hoot if you let it. If we don't leave any there won't be any! -Capt. Billy L. Sandifer