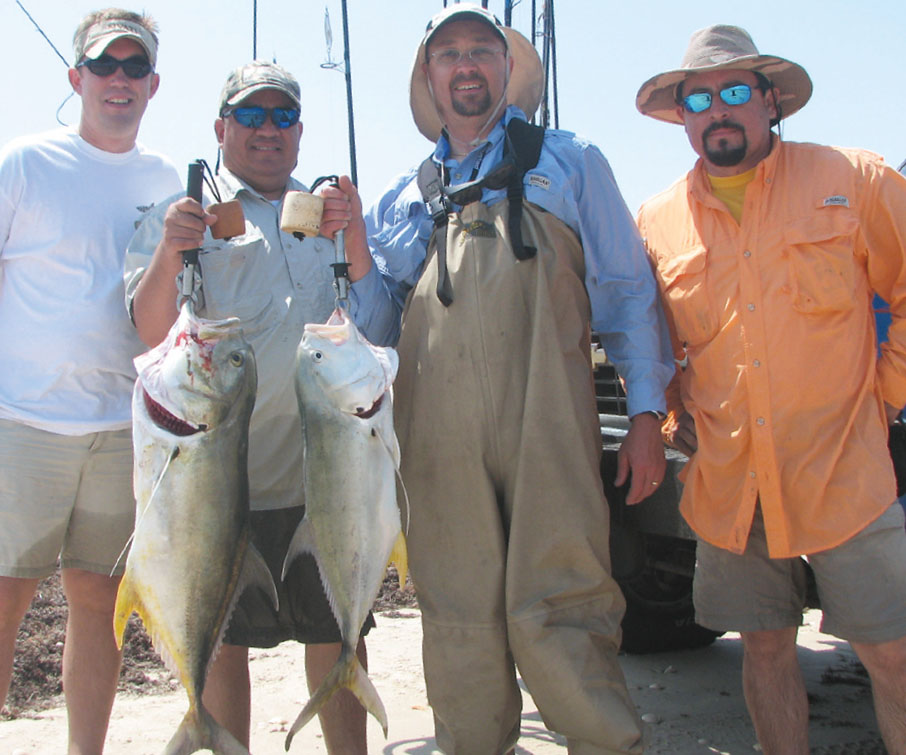 Before we get into it though, I want to begin by saying that none of these unofficial rules were decided by me. They were created and adhered to long before I ever showed up. To be honest and fair, I’d also like to clarify right off that I don’t care whether you agree with them or not. I’m simply passing on the rules as they have always been and throughout all of these years it has never mattered if we personally agreed with them or not. We simply complied with them because that was the way it was done and it worked. Near as I can tell very little works down there currently.

1. NEVER BLOCK THE ROADWAY ALONG THE EDGE OF THE WATER.

Never camp in the middle of the road nor run fishing lines across the road that would impede the flow of traffic. When other vehicles are present you should avoid stopping in the middle of the roadway, even brief stops are considered an annoyance and impolite to your fellow beach fishers and drivers. If you need to stop, pull over to the side so that others can get by. It is illegal and extremely dangerous to dig speed trap trenches across the
roadway. As the high tide line withdraws throughout the day move your rod holders so that they stay at the waters edge rather than block off wonderful driving areas for others. You will also get less sargassum on your lines if they are closer to the water’s edge.

2. NEVER SPEED THROUGH CAMPS — EVEN IN EMERGENCY SITUATIONS.

If you have a sick or injured person in your vehicle and run over two other people in a high speed dash to seek medical assistance you will only end up in a bigger mess and possibly cause a genuine tragedy.

3. NEVER JUMP OUT IN THE MIDDLE OF A GROUP OF ANGLERS CATCHING FISH.

It’s not necessary, and by traditional beach law, it actually is not your right to do so unless specifically invited by those already there. Schools of actively feeding game fish are in constant movement along the beachfront. Stop and ascertain which direction the school is moving and then drive a couple hundred yards away and wait for them to get to you. You’ll get your chance without hard feelings, tangled lines and large fish cutting off other’s lines. Any number of different groups can work the same school of fish for miles productively and pleasantly if everyone stays spaced out and leapfrogs the movement of the school.

This is a pretty simple and realistic set of rules if you take the time to consider them. Please remember that every other person on that beach has the same right to be there and enjoy it as you do. The greatest enemy of our privilege to drive on the beach of PINS is excessive speed.

Practical and successful surf fishing has been during very brief windows of opportunity since the first of the year and continuing to the time of this writing April 26 2008. Sargassum has been commonly piled three or more feet high along most of the PINS beach front throughout April. Travel on the beach has varied from slow and difficult to impossible. When traveling towards the Port Mansfield jetty one has no way of knowing if there are going to be fishable areas or not. Eighteen months ago it cost me an average of $27.00 for gasoline to travel the 168 miles from my house to the jetties and back. The past two trips have cost $101.00 and $102.00 respectively in fuel. The fish are there; it’s a simple matter of whether or not conditions will allow fishing for them.

I’ve taken to trailering the Panga to POC and doing big game bay fishing trips there and am really enjoying it. Simply makes a lot more sense to spend two hours on a highway to reach a fishing destination where I know we will be able to fi sh than drive three-plus hours on a rough and rugged beach with no idea if we’ll be able to fish or not. Soon the north winds will stop and with that the sargassum reaching the beach will lessen and eventually become sporadic in appearance. The surf zone will once again return to the beautiful and bountiful place I’ve known all these years.

I’m also reminded that the original beach shark fishermen rarely started fishing before Memorial Day as the conditions were too hostile prior to that date. We have had any number of atypically angler friendly years that allowed for much earlier fishing and now we are a bit spoiled and certainly disappointed when the cycle became hostile once again.

Last summer several vehicles were ruined after becoming buried in ultra-soft sand at the water’s edge. Sargassum is stacked several feet high and as it decays it will be covered with fresh sand which appears harmless and safe texture as oatmeal cereal beneath the thin covering of clean sand. Upon driving into one of these soft spots your vehicle instantly sinks to the frame and in most cases only a wrecker can free it.

There are tricks to fishing with minimum and moderate amounts of sargassum. Avoid excessively windy days as it moves the weed faster. Bass Assassins, weedless spoons and topwater lures with single hooks all work well in weed. Shark fishers have several tricks that help. Use more sinker weight than usual. Set baits at a 45 degree angle into the current. Braided lines work better than monofilament in sargassum. Don’t let weed build up on your line; remove it as it collects. Outriggers or extended rod holders will lessen the amount of weed fouling your lines. Smaller baits will hold bottom better than large ones when the weed is prevalent and impacting your lines.

Dr. Donna Shaver of the Sea Turtle Recovery Program reports that as of 29 April; there have been twenty-three Kemp’s ridley nests found on Texas beaches. Eleven of these have been on PINS so that means twelve were found on other Texas beaches. Drivers on all Texas beaches must remain aware and alert for nesting sea turtles.

Well this year so far has been the winter seemingly without end and I doubt many of us will miss it. I sure won’t. Life’s a Hoot; Go get you some of it.

Be Careful, Be Courteous, Be Kind.