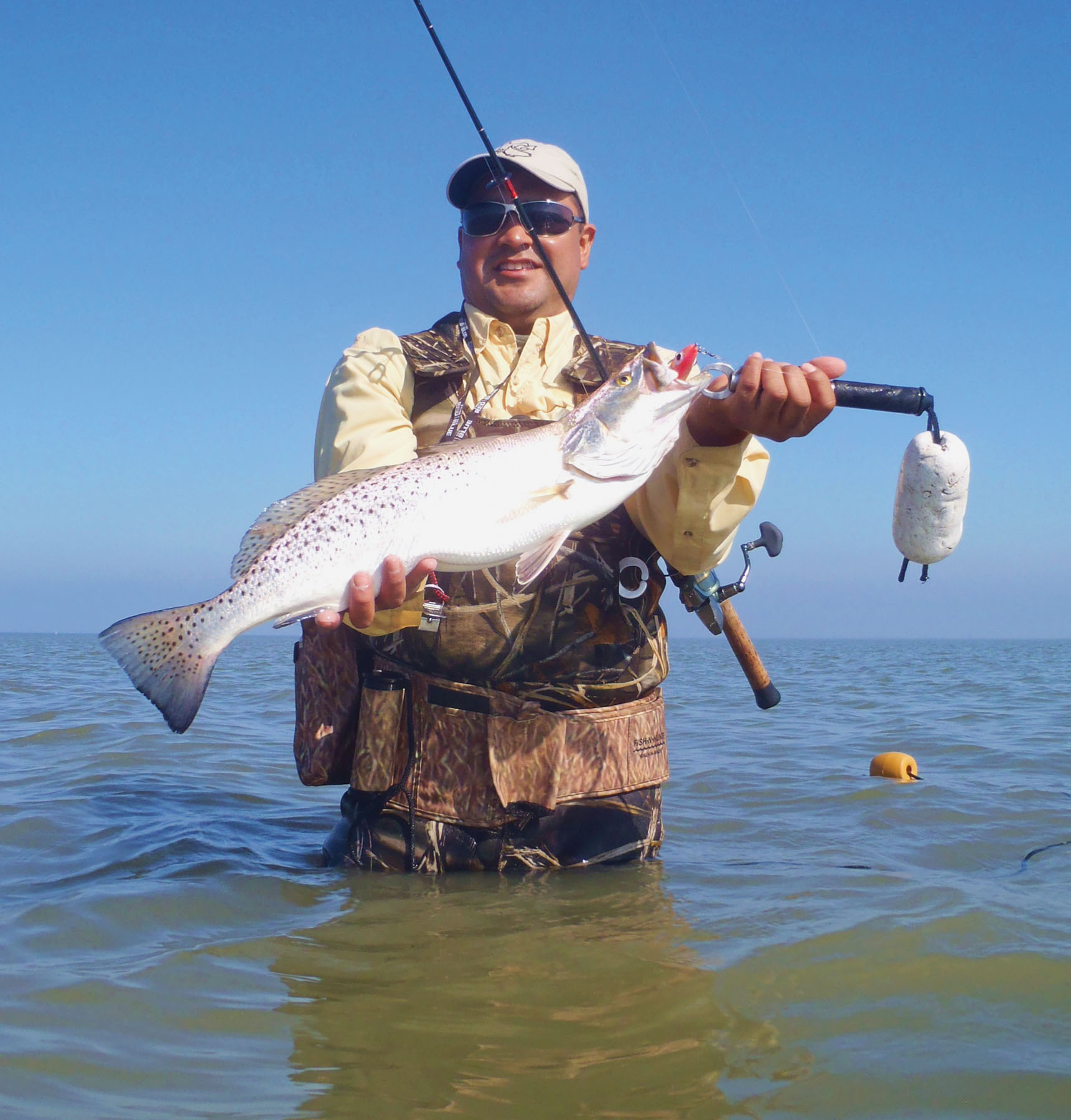 Padre beach littered with victims of red tide, it’s even killing the coyotes and other mammals.

I have not seen the PINS beach in twenty-seven days. Today (October 25) is the twentieth straight day of red tide toxin present in the surf and the weather pattern shows no promise of relief in the near future. As of October 20 TPWD has reported three million fish have been killed by the ongoing event. This is the most widespread outbreak of red tide I can ever remember with it being reported at various times from Bolivar to the Rio Grande, including several bay systems.

The Northern Laguna Madre remains clear of red tide although for a short period it reached as far south as the Pita Island flats and there are hopes that the hyper-salinity of the Upper Laguna Madre may help spare it from this event. When people ask, I have always told them that what causes red tide is when the temperature stays too hot for too long. For many years it seems we had only small and scattered outbreaks of red tide but starting in the 1990s it seemed they became more frequent and now we have them more years than not. This coincides with the fact that we seem to have a very abbreviated fall season nowadays. Perception can be faulty sometimes but to me it seems that the seasonal change jumps from hot summer into winter in a very short time frame.

September is normally one of our wettest months but this year we received a scant 0.8 inches of rain around the end of the month and shortly thereafter the red tide began to bloom. We have always thought that freshwater runoff would help dissipate the red tide but scientists have now learned that sudden drops in salinity actually trigger the red tide to produce more toxins. This is linked with the organism's physiological mechanism for dealing with the differences in osmotic pressure created by a sudden decrease in salinity. With this being the case and this also being the year Murphy's Law has been running rampant, it rained 1.9 inches on October 13 and the scope of the red tide increased and new blooms were reported.

It requires only a few hundred cells per milliliter of the phytoplankton Karenia brevis to cause a fish kill. On October, National Park Service personnel reported their water samples revealed 3,700 cells per milliliter. WOW! Talk about a deadly mixture.

Residents on North Padre and here in Flour Bluff are experiencing respiratory problems from the aerosols associated with red tide and I'm sure other coastal communities up and down the coast are having the same problem. I have been living on Benadryl for the past two weeks here at my house in Flour Bluff. That's to be expected as I have COPD. I can't express the importance to beach-goers to insure none of your group has any respiratory problems prior to taking them to the beach or they could very well have serious reactions to it. We are lucky as there are numerous varieties of red tide and while the variety most common in the Gulf of Mexico can have unpleasant side effects there is one in the Pacific that produces an aerosol effect that can prove fatal to humans.

Coyote numbers on PINS are very currently very low as a result of having consumed dead fish containing red tide toxin. As desperate for food and water as they are from the drought this should just about finish them and several other mammal species off. It's a natural event but I can't imagine any species that will miss it when it's gone.

In late September TPWD wardens made the largest seizure of sharks ever confiscated. Three miles of floating gill net webbing was found just offshore of the South Padre Island beach north of the border. Somewhere in the range of 2,000 to 3,000 juvenile blacktipped, bonnet head and Atlantic sharp-nosed sharks were tangled in the webbing. The nets were set in U. S. waters by Mexican shark fishermen operating out of Playa Bagdad. No arrests were made as it only takes minutes for the perpetrators to flee back across the border. Mexican fishermen questioned stated they had to fish illegally in U. S. waters as there were no sharks left in Mexico for them to catch. I tell you what. Something must be done about this before there are none left in Texas waters as well. This is a really big deal and it is not getting the attention it deserves. What I find so sad is when researching this subject months ago I learned that those Mexican fishermen make a maximum of $25 per day working at this dangerous, illegal and destructive profession while living on the beach in cardboard and tin shacks. It's a very bad deal for all species involved and there has got to be some way to stop it. Wish I knew what the answer was. Maybe we can get the government to subsidize the Mexican shark fishermen instead of offshore wind farms.

Following a recent Norther Nick Meyer of Breakaway Tackle called me to report that he had found 40 dead birds freshly floated in on a one mile stretch of beach near Bob Hall Pier. Within itself this is not all that unusual as hummingbirds and many neo-tropical bird species migrate from Texas across the open Gulf of Mexico to Yucatan twice a year and all too often they encounter hurricanes, storms and cold fronts and are knocked down and drowned by high velocity winds and sheets of rain. The unusual aspect of this event is that the greater majority of these birds were meadowlarks and Pyrrhuloxia which aren't commonly known to migrate across the Gulf. These type events are not fully understood but it's as if they simply got caught up in the high velocity tail wind of the incoming cold front and overshot the land, ended up offshore and then couldn't fight their way back. Interesting.

As the president of the 501C-3 not-for-profit Friends of Padre it was my privilege and pleasure to recently be able to donate $10,000 to the Friends of the Ark. The Ark is the rehabilitation organization Tony Amos started some years ago in Port Aransas. Their purpose is to rescue injured, sick and abused wildlife that will be rehabilitated, maintained and released back into their natural wildlife habitat and to raise public awareness through educational outreach programs. Tony Amos is a genuine hero on this deal and personally gets no wages for his long, tedious hours of work and travel. Any creature found injured or stressed on Mustang and Padre Island are taken there as well as from the surrounding local area. Times are hard on all of us economically and donations to worthwhile non-profit groups such as the Friends of the Ark and Friends of Padre are hard to come by. We all like to hear about good work being done but often overlook the fact that many of these groups depend upon donations. Both of these worthwhile groups have web sites and if you'll just type in their names and hit search you can learn more about the work they do. Life is a hoot, even in the red tide, and it's even better when you feel like you might be doing positive things even when everything around you seems negative.

If w don't leave any there won't be any. -Capt. Billy Sandifer