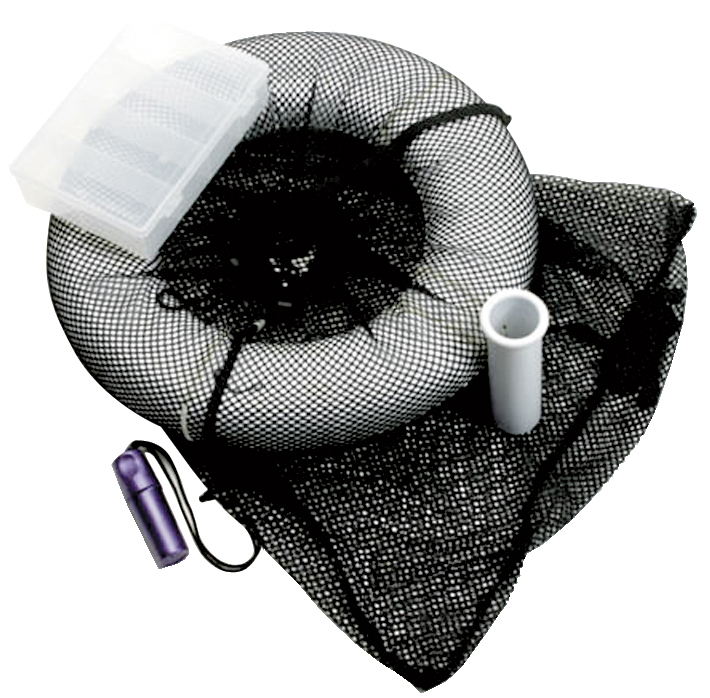 Who in their right mind drives five hours to sit in a boat and watch people fish? There I was, anchored on Capt. Teddy Springer's boat on some sand and grass flat near Wagoner's Island in Port Mansfield, sitting, napping, pondering, wondering why I was on the water instead of a recliner in a sustained 25-knot wind, gusting to over 30 knots.

The fact of the matter is; I was tired. Tired from consecutive weeks on the water. Tired from only a couple of hours sleep the night before; and, tired of the sun draining the fluids out of my body.

I really had not come here to fish. Rather, I was invited by Capt. Bruce Shuler and Shakespeare's Mark Davis to come hang out, relax by the pool, eat good food and take a few pictures if the moment presented itself. It is hard for me to turn down an invitation like that to a fish camp like Shuler's Get-A-Way Adventures Lodge and an estuary like Port Mansfield, no matter how many days I had logged on the water the past two months of the hectic summer charter season.

Shuler and I are buddies, and with our schedules, we only get to see each other at fishing shows or once a year when I come down to his place after scratching off the date on my calendar five months in advance.

Springer and I go back even farther. He is my type of guide. He has spent countless days on the water and knows there are good days and bad days; however, with his laid-back attitude, you would never know if he just caught a limit of trout, all over five pounds, or fought all day for one tiny 13-incher.

His son and I played college baseball together, so he knew me when I was still a pup. When I get a chance to share a day with him on the boat I go, not so much to catch a pile of fish, though we have done that before, but to catch up on who is doing what and to relax.

That is what I was doing on his boat at high noon while watching him and a few other friends making their third wade of the day. I had gotten wet early that morning on a two-hour sunrise wade that covered nearly a mile on the Northeast Flats adjacent to East Cut. My jaunt had netted just one redfish on a Super Spook Jr., though I had coaxed a dozen blowups, one being a heart-stopper as a giant trout missed my plug, then tail-whipped it and threw a splash five feet in diameter.

I kept looking at my watch while the waders made fruitless casts for an hour in sandy water and two-foot whitecaps. I watched Springer cringe when he took a few waves over his shoulder, then talked to himself in his own language, like those who know him, know him to do.

Just as I thought enough was enough and he would turn around and growl back to the boat, he stuck a small trout. Two casts later, he hooked another one, this one big enough to make it on the stringer. Then a redfish. Then I grabbed my wading belt and jumped in.

I was waiting to hear the word "potlicker" from his lips, a moniker originating from a bunch of Galveston Bay salts, which both he and I are, describing anglers who horde in on other anglers while they are catching fish. The term has other meaning in other contexts as well, but this is a family magazine and I am a God-fearing man.

I grabbed my waterproof camera and tackle and raced 75 yards to catch up with Springer. Five casts into it I gut-hooked a 20-inch trout on a bug juice Trout Killer II.
"That is a pretty good trout," said Springer. "We are not seeing the quality trout down here in numbers like we did three to four years ago. When those boys started fishing with croakers down here, we have seen fewer and fewer big trout, and fewer of the medium class fish."

The happy-go-lucky Springer is not "anti-croaker" by any means, nor am I; he just sees what he sees from being on the water over 200 days a year.

"I don't care how people fish," he said. "Croaker fishing is not fun to me, but everybody is different and like to fish in different ways. All I know is we don't have the big fish like we used to five years ago."

The decline in the big trout population has prompted Shuler to lobby Texas Parks and Wildlife's coastal fisheries division to do something to remedy the situation. Shuler has asked TPW to look at a reduction in the trout bag limit from 10 to 5 as a possible solution and protection of the declining trout fishery.

As expected, Shuler has taken some heat for his attitude, even receiving hate emails and other banter from anglers and guides claiming anything less than 10 trout per day would run them out of business, while receiving negative press from other media outlets claiming an "elitist mentality."

"We do not use them (croakers), nor allow our guests to use them," said Shuler. "My intent is not to force a ban on the use of croakers in harvesting trout. My lobby is a reduction in the bag limit for trout, just in the lower Laguna Madre area where biologists say we have a decline."

Shuler has tried to take his campaign to the masses, even selling "Just Keep Five" t-shirts at the lodge and on his website.

"Many guides are opposed to us, thinking we are attacking those who fish with croakers," he said. "If you want to use croakers, fine, just keep five fish! We are just trying to protect our fishery down here and we feel like five trout per day is plenty and would solve the problem."
Shuler does not buy the notion that reducing the trout limit would hurt the area charter business.

"We promote it and it has not hurt our business in the least," he said. "I wish I had more room because I am turning people away. Remember, it is not against the law to catch fish all day as long as you release them once you have boxed your limit. Our fishery should be used for sport, not to feed the masses."

By the end of our hour-long, mid-day wade, Springer and I had caught six trout and a dozen redfish in the wind-blown Laguna Madre water. We turned all the reds back, but kept a few trout fillets.

I will "potlick" a friend like him any day.

To express comments on the proposals, go to Shuler's website (www.getawayadventures.com).


Bink Grimes is a freelance writer, photographer, author and licensed captain. Contact him at [email protected] or www.binkgrimesoutdoors.com.