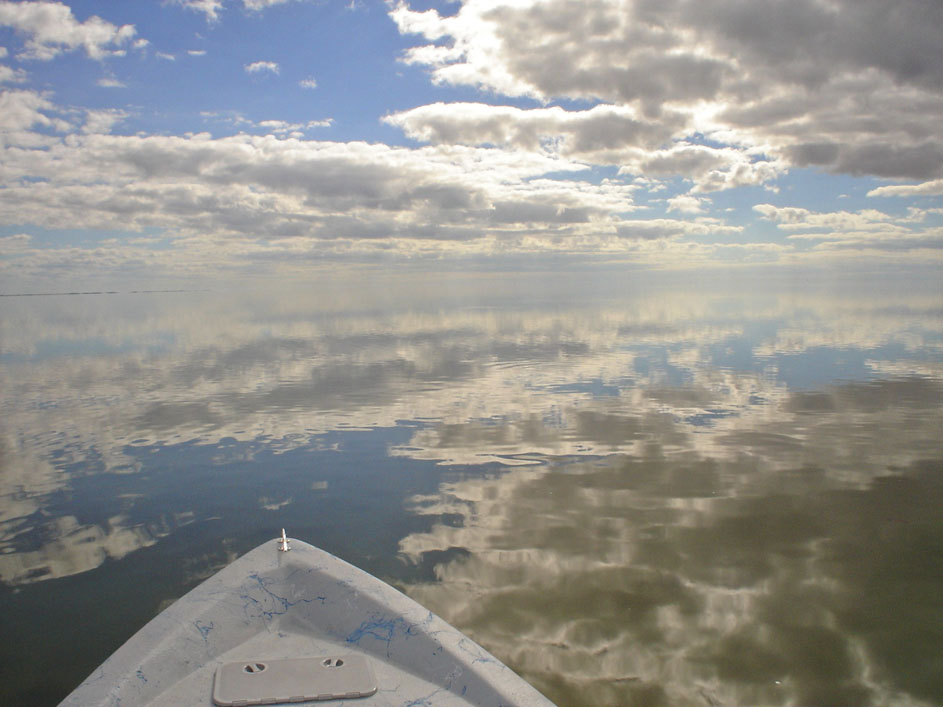 I cannot imagine a better way to make sense of this old world than escaping to the water.
It's hard to believe fall is already here, and you can just feel the energy of a new season blowing our way. There cannot be many better ways to help make sense of this old world than to escape into the water with the high hopes of winning, and possibly winning big. There certainly are worse things we could do, and unfortunately I'm being forced to do something else for a while. I've suspected this was coming, but denial is wonderful while it lasts.

Personal issues are screaming and I'm being forced to virtually shut down all things fishing for a while. And that means writing as well. I have been saying that sharing stories is impossible for me when I'm not out there making them, and this is not a choice, it's a mandate. I have been doing this passionately since 1999 and rather than offer what I feel would be mediocre content I'm going to bow out honorably, for a while anyway.

I will leave you with some observations that were gathered during thousands of man-hours, each of them time well spent. What I'm going to give you is not actual science per se, but certain patterns seem to keep emerging, often enough to suggest they may be more than coincidence. Hopefully some of it might make a little sense, if not now perhaps in the future.

Before I start I want to say that I have never believed myself to be a "fishing expert" neither have I ever claimed to be. I also want to say that I do not believe I ever met any who legitimately deserve the title. Actually, claiming to be such would be extreme arrogance, and I'm not even sure the cosmos would allow it.

Having said that; what I have been is extremely fortunate. Not having lasted in the ring as long as some, there are however different levels of "guide service" to be considered. I have been mostly privileged with either excellent fishermen or those starving to be, mainly because that's the group I asked for.

The observations I will leave you with are not only from me, but a compilation of many discussions with "strong" of fishermen from every walk of life and age group. It's interesting that despite the diversity, it seems we all mostly agree about who consistently catches fish, who consistently stinks, and what may lie ahead for all of us. I will focus on sport fishing with artificial lures, not "harvesting" with a beer in one hand. (Insert humor.)

One conspicuous constant seems to be that nothing remains constant. Everything on earth is under continual change and goes through natural cycles. Even mountains get reduced to sand, which causes pressure and heat, which in turn builds more mountains. In our case, bottoms change, grasses grow and die, rain falls and then droughts occur. Reefs, bars and guts come and go, so what happened yesterday may or may not happen tomorrow, much less next year. A fishing spot, a pattern, or even a whole bay system that's been on fire for a decade may be virtually dead the next. We have seen all of these. The smart fisherman stays on top of it and always looks for new opportunities. Guts may change, but ruts don't unless we dig our way out of them.

Another continuing constant is that despite who we think we are and how well we think we're doing it, the fish just flat out don't always eat. Crystal-clear water is an excellent teacher, and even when clearly seeing schools of them, sometimes they will just not respond, even with live bait. It's that old aggressive-neutral-negative behavior theory I like to believe, and when they go truly negative things get tough. We basically have three choices when this happens–go home, wait them out, or figure it out. They can be caught but it takes a strong presentation and even stronger constitution. But hey, that's fishing, right?

This all goes hand in hand with the little saying I refer to oftenKnowing when to be where. Most advanced fishermen will agree that reading the water and chasing the conditions will take us farther than chasing other boats.

Something else consistently apparent is that despite warehouses full of intoxicating lures, we simply cannot buy skill from a shelf. There are no magic bullets, so all lure selections need to be practical. Practical means, "What do I have that's the right size for the moment, something I can get to the depth it needs to be, and at the right speed?" Presentation is everything so don't waste time looking for magic, make your own.

Back to skill, we cannot buy it but we can buy good tools. Many a marginal fisherman suddenly becomes much better than he or she thought possible when they can suddenly cast farther, more accurately, with less fatigue, and actually feel the softest of bites. If you're really serious, stay out of the pawn shops and bargain bins. Seriously!

Another blatantly obvious conclusion is that the lowly tortoise will usually out-fish a hare's fluffy tail. In fishing, this means being thorough, not flying all around the bay like Johnny Speed Racer. If you get hit–STOP! Plant your feet or stick the Power Pole and flesh it out. Fish are like roaches, if you see one there's probably a hundred behind the wall. It's too easy to drift or walk right through fish, so here's your sign. It says "Stop!"

It also seems constant that those who consistently catch fish share a few consistent traits. As in any task there are basically three types of people. Those who watch things happen, those who wonder what happened, and finally those who make things happen. Those who have chosen to do well usually do so on purpose. They won't settle for what "should" work; they'll try until they find something that does. Confidence and commitment is basically what puts fish on the line.

Yet another glaring conclusion comes from the Man in the Moon. Who knows why, (and definitely run away from whoever says they do) but it's definitely one of nature's cycles. Barring other factors, namely tides and weather, timing the arc of the moon across the sky has proved over and over to be a critical path. There are two basic time frames in the equationdaily with the moon on the horizon, overhead, or underfootand also monthly when headed into a big (full) or little (new) moon. The subject is too complex to address fully here but it's easy to read about and readily verifiable in the field. Just be at your highest percentage place when The Man winks at you. There will be days when it will be the only strong bite you'll get.

Another perception is the fallacy or illusion of being in possession of great knowledge. It's amazing how many folks show up with their "Geek needle" way over in the red. These guys believe everything they read and their speech is replete with buzz phrases, tired old stuff that somehow continues to sell for truth. For as little that some of it is worth, I am convinced that more than a few "sportswriters" either have great imaginations or perhaps play with rubber duckies in the bathtub for inspiration. They may not necessarily be completely wrong all the time but their "facts" are often fuzzy at best.

Speaking of which, the "magic 70 water temperature" comes to mind. As does the one about "trout eating croaker because croaker eat trout eggs." And then there's the claim that fish "feed all night" under a full moon. Reallyever tried it? You have no doubt heard that "fish will only take a topwater early and late, when it is calm, and don't even think of tying one on in winter." Hogwash!

My mission became one of proving theories–right or wrong; searching for the science of it all. A big bonus came with it and is called serendipity. I continually found things I was not looking for, probably because what I was looking for was too damn difficult to find. Think of it this way–If we only study what's been studied; where is progress?

With these constants, some things have indeed changed, and a conspicuous one is the measure of a good fishing trip. The generation before me measured their day by the number of ice chests they filled. Today we measure in how many keepers we pulled up. Some fishermen boast of being in by 9. "We got it done," they say. Really?

To that I say, instant gratification just seems out of place in fishing. It disappoints me that a resource as wonderful as speckled trout are routinely regarded as a commodity, simply to make money from, and many coastal businesses have become so economically dependent on them. I'm certainly not a "greenie type" but I do have a History Channel. So the question that looms is, "Where are we now, where are we going, how are we going to get there?"

Hopefully the answer is not in increased regulation. It's not only about the angler as many other issues also have a hand on the wheel. Yes, increasing angling pressure seems a given but, viable passes, rights of water capture, flood diversions, toxic effluents, algal blooms, droughts, loss of marsh habitat, etc., are more things to consider.

Where we DON'T want to go is where others already have. Some fisheries have closed seasons, no live grasshoppers, no barbs, and the list goes on. If we can accept that change is constant, the test will be how we will change with it. Will the 9 o'clock limit and a fish fry for twenty survive as measures of future fishing enjoyment?

Measuring fishing enjoyment aside, my personal future is also changing and a leave of absence is certain. My days on the water and writing for this magazine has been my life for so long that I'm sure the change is going to be a challenge. Who knows, maybe when I grow up I will become a fishing expert, maybe even publish a big book about all this stuff.

To all my great friends and loyal fishing clients, please stay in touch. If you need a fishing trip or maybe looking to enjoy the Port Mansfield experience at its finest, call Capt. Tricia. She'll help you figure it all out. See y'all out there–just less often for a while.