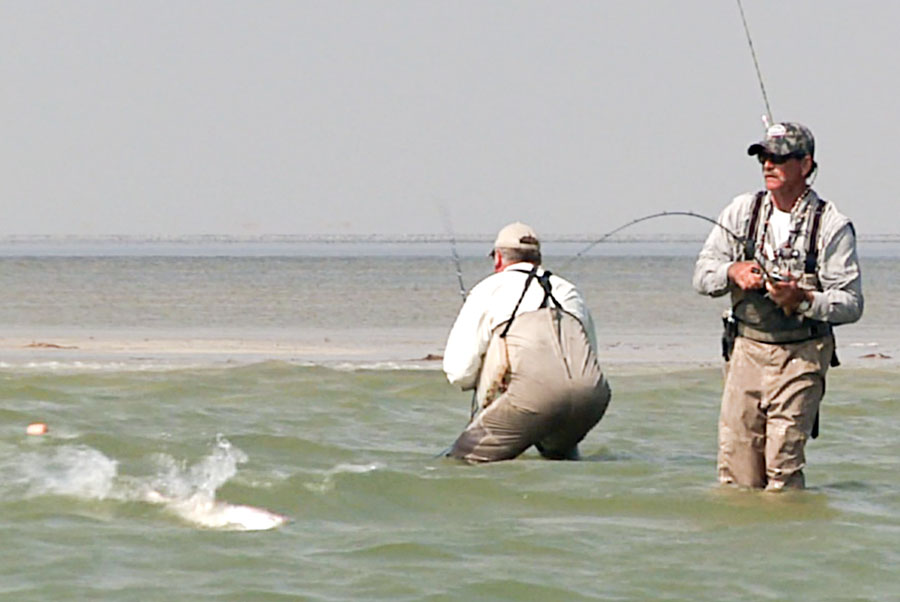 Just because an area might hold good fish doesn’t mean we will catch them when we want to; we often have to wait for everything to “develop.”
Wow, how frustrating is this? And unfortunately, how often does it seem to happen?

We finally get lucky on our precious fishing day and manage to hit the weather absolutely postcard perfect. However, for some strange and cursing reason, we might as well be casting into the Dead Sea as we cant seem to buy a bite no matter what we do.

It happens. It happens a lot, but reality says some of those no bite scenarios may not be so strange after all, especially once we understand a little concept in nature called metabolic cost.

Despite our human perception of what awesome conditions might be, nature might be thinking a bit differently. Lets look at perhaps why, and then perhaps at a few things we might want to do about it.

Granted, when the wind farms stand still along the coast it can indeed be an epic weather day for golf anyway! Favorable feeding conditions for fish dont always align with favorable conditions on the tee box. A very basic survival rule in nature, which we termed metabolic cost is quite demanding and scientifically is very complex. In short, fish must balance the metabolic cost of hunting for prey against the metabolic gain of catching that prey. Reality says life is tough out there and predators dont always catch their target. It costs precious energy when they try but dont succeed, so as a result they use life strategies that conserve energy. All of nature tries to economize so just like we lazy humans; its that old least effort-maximum result principal. Basically, fish tend to actively feed only during conditions where they are more likely to be successful. Those great weather days often dont encourage highly active feeds.

Once we fishermen understand more about favorable feeding conditions, we can also economize our own efforts for better results. To help make rod and reel sense of it all, lets simply look at the economic relationship between speckled trout and one of their major food sources mullet.

Comparing the two; lets consider a tale of two tails. The shape of a fishs tail reveals much about how it earns its right to survive. Each shape has its own advantage. A mullets tail for example, being forked, is built for speed, but not burst speed. It can sustain high speeds for much longer periods but is slower on the takeoff than other species. Metaphorically, a mullet will usually kick a trouts tail under our perceived awesome conditions.

On the other hand, that trouts wide tail is specifically designed for explosive acceleration, so it looks for opportunity to overcome mullet with short accurate blasts of energy rather than having to run them down.

So what makes for that good opportunity? To be simplistic, it makes sense that clear, well-lit, calm, awesome day waters favor prey and, likewise, murky water favors predators. Lets consider some of the obvious.

Strong current flow is an obvious advantage to trout, given their power to blast a mullet before it can reach escape speed in moving water. However, it also costs energy to maintain position in current. So, little breaks and other deviations that cause a reduction in current velocity become low-cost areas to pounce from.

Sweet spots within sweet spots are what we are looking for. Reading the water for those highest percentage areas is Fishing 101. And with some understanding, casting to the most likely areas is critical for successful fishing. We dont always have those opportunities on Chamber of Commerce days.

About reading the water; few areas require more interpretation than on large and seemingly featureless flats. As mentioned, good clarity (visibility) usually favors prey, so predators look for some sort of cover to blast from. Cover can be many things, so were looking for those specific little veins of opportunity. Color changes, depth changes even though small, rafts of bait, current lines, etc. It might be called graphic profiling.

Color changes make Duh sense as they are usually associated with wind or tide-driven water and reduced visibility. Thats often why we catch better fish after the wind or astronomical tide flow picks up creating a better feeding environment. If we already know fish are there, we often have to just wait for areas to develop. The gentleman fisherman who goes in early often goes in short.

Now, speaking of wind, one common myth says that it will blow bait to windward shorelines. Yes, another favorable feeding area is where large concentrations of bait are holding, and yes, windward areas often hold a lot. However, that is simply because plankton and other micro-organisms are blown there, and then the rest of food chain simply follows. Wind doesnt push bait thereit pulls it! However, just because an area might hold good numbers of both predator and prey doesnt mean we will catch them when we want to. Again, we often have to wait for areas to fully develop, and it might take a tide drop or increased chop or turbidity to encourage that topwater explosion.

The bottom line to remember in all of this is that we need to concentrate our efforts where fish will concentrate theirs, but what about those great weather days where obvious areas dont really exist? A basic, common sense answer might lie with us not fishing where we are supposed to be during those times.

The obvious economic reality is that fish mostly wait in an inactive status until feeding chances become good for them. Believe it or not, digestion is one of the highest costs of energy, so if they have already fed hard it may be a while before they become interested again. In the meantime, they tend to lie up in several types of areas depending on the situation. Inactive fish frequently rest in classic areas; heavy cover, safe zones avoiding their own predators, comfort areas such as lower or higher in the thermocline, deeper structure but still near the refrigerator, or perhaps depressions and dumps associated with level changes. Although usually inactive, these fish can still be well caught if we understand the strike zone has gone from three feet to three inches, especially if there is a bunch of them and they will feed competitively. It usually takes a fisherman to catch them however, as we often have to get right in their face to force a reaction.

So what does all of this really mean to us standing behind a frustrated rod and reel? On any given day we just need to interpret the conditions presented to us (and them) then adjust accordingly especially for those larger fish we all want.

Also interesting to me, after baffled for all of these years, is that according to studies, those dink juvenile trout have different metabolic rates so they are usually more active. That may explain why we often only catch those while we are waiting for the big bite. So, in looking for mature fish, we either find the best opportunities for the moment, some of which we have already discussed, or adjust to the laid-down, inactive stuff.

Those who catch more fish consistently have taken the time to learn to be versatile and adapt to changes in fish behavior. There is something elemental, even primordial, about fishing that draws us into natures realm; opportunities to understand the workings of nature with awe, adventure, and fascination to go with it.

Its not the meat. Rather, its the meat of the matter. So next time on that great weather day, you can either go golfing or go catching. Keep working at it. Soon, the ability to see the best opportunities will become sixth sense!