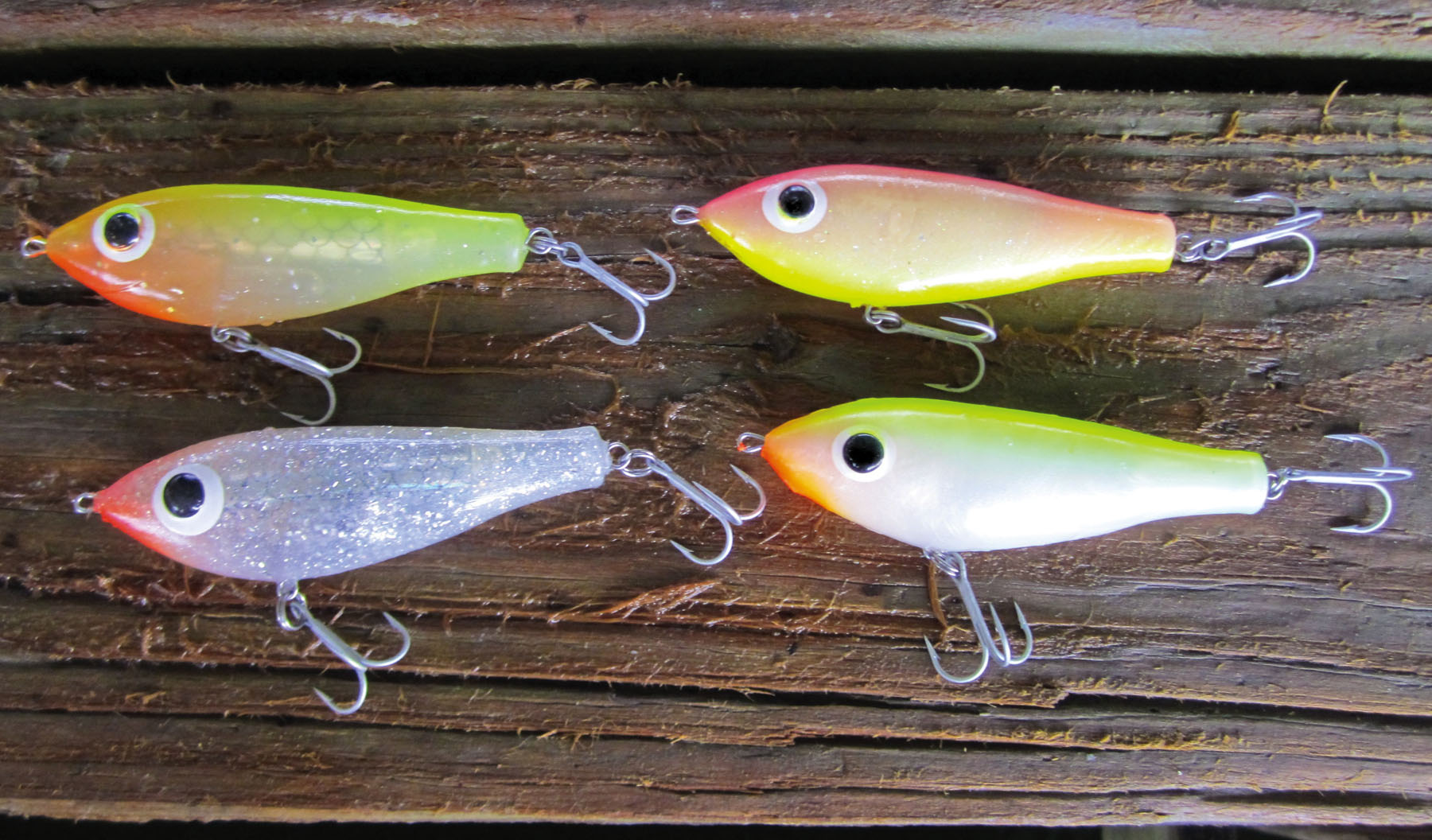 They will always be Corkys to us.
Oh boy, here we go again, another "expert" article on that already-beaten-to-death chunk of magical plastic the Corky Fat Boy. Even though many pluggers rely on this tool with fanatic allegiance, I have purposely avoided the topic for years. There's just too many opinions already circulating. But alas, it may be due, and perhaps for a few very good reasons.

For one, it's the perceived primetime to thump a big fish on one. But for an even bigger reason; there seems to be even more confusion now that they are suddenly available in nearly every sporting goods and coastal grocery. No, they are still not for everybody and likely never will be, and they sure weren't for me in the beginning. However, if you might envision the average size of your catch getting bigger, and with some interactive fun mixed in, keep reading.

I was one of the latecomers compared to an earlier group of sports fans. Although the bait had been around in a tight circle of Galveston hardcores since about '88 I think, (a salty bunch of which hung out at the old Pine Plaza Tackle in League City), I didn't get hold of it till about '90 or '91. I absolutely hated it for about two years. I didn't understand it and didn't want to. It spun like a drunk on a dance floor, the hooks tangled in my line, or it basically just sat there like a lazy blob. How was I supposed to work the thing anyway? And if it has to be ridiculously slow, I'll just do something else. "Just gimme a topwater and a 51 MirrOlure and y'all can have that stupid thing," I thought.

One day Rowland Williams, one of the original Baytown guides and champion competition caster, who by the way had significant influence upon many of today's higher-profile players, offered some very good and simple advice about how he had been decimating Hodges Reef with it. "Well," he began, "I'm just wading and twitching it outside pods of mullet and the better fish keep picking it up." That was enough to get me started but my old tournament partner Mark Holt got me going. (Truly, we do little of this stuff completely by ourselves as no good fisherman is an island.)

In earlier years we fished almost exclusively at night. With jobs and kids you did what you had to do to live large and, nighttime was the right time when it came to self-perceived family balance, even if it upset the family at times. One night Mark was wading one sandbar and I was walking another, doing the standard deal of working topwaters under a shimmering moon. Despite a decent but slow bite for me, I kept hearing him splash around in the otherwise quiet distance. When we finally met back up, his string made mine look quite touristy. "When they started swirling my topwater I put that Corky on and just twitched it in the current. We need to get radios," he deadpanned in signature Holt-speak.

Yeah, we need radios alright, and tune them to the Corky frequency. That night started an obsession, especially after I soon started catching bigger fish on them early, late and often, but mostly because I started giving them a chance. Later I won a Galveston Troutmasters with one, and in almost every tournament I have won since a Corky has been responsible for at least one kicker fish if not all of them. When Mark and I won the Galveston Best-of-the-Best Plugger two years in a row, it was Corky time. I never looked back. If you are unfamiliar with this bait, perhaps you can look forward.

Winter is here, when most folks assume that the Corky rules for big trout. (True, but perhaps we can visit about the warmer months later.) MirrOlure has it now and is doing a great job. Although it says Paul Brown's Original on the package, they will always be Corkys to us. Several have tried to imitate but all have failed in one way or another. Either the wire is too soft, the sink rate is wrong, the rattles are too wimpy, or maybe it is just plain bad karma to copy other folk's hard work. Whatever; accept no substitutes if you are serious about upping your game.

Understandably, many new folks are not sure which ones to grab or how to even start working one, except for that worn out "slow and slower" internet fishing site mantra. We can talk about the whole family of Corkys, what they do, what they are good for and when, but that would take up several chapters in a big book. (One day maybe!) For now, let's just look at the Fat Boy; an effective and easy bait for anybody with a good stick, especially in water thigh-deep or less.

The beauty of this bait (and all other Corkys for that matter) is that it is a very interactive tool. That's the key word, interactive, as you not only have to stay on to make it run true, but have the unique ability to tweak it to run where it needs to be for the moment. In other words, you become a "bend" expert, especially after a big redfish destroys your precise work. Maybe some day they'll offer an industrial strength model for reds.

Imagine ailerons on an airplane, just the slightest adjustment will make it do things, good and bad. Keep the spine perfectly straight for controlling it at a certain depth during shallow work, bend the tail down slightly for deeper applications, and banana it up just a bit to run slightly below the surface.

Asking the best way to fish a Corky is about the same as asking, "What's the best way to have sex?" There are tons of expert advice available, widespread confusion, and about sixty-four thousand so-called correct ways to get it done. Bottom line is that you make it do what your quarry wants for the moment. But in keeping things simple, as Roland said; start with "walking the dog" beneath the surface at whatever depth and speed the fish will respond. I like a lot of pauses, but I hear I pause excessively on a lot of things.

The thing I like best about the Fat Boy is that it casts like it has wings and I can keep it at whatever depth I want. It's side-to-side motion is easy to master and instead of jigging it up and down, I can either walk it just above the grass, just below the surface, and anywhere in-between.

It has been said that it's not a fish-finding bait but, wellOk then. If you are where bigger fish should be, it will find them, promise. You have to have confidence in your area first, but that larger profile zigzagging with a big rattle is evidently hard to refuse. I feel like I'm fishing for big fish on purpose when I'm throwing one and confidence is everything.

A few tips: Tie a loop knot. Snaps, swivels and other gadgets serve only to upset balance and/or catch grass. Blowups can be easily transformed into hookups with a Fat Boy, (Tournament Fishing 101). Slide a tiny finishing nail into the nose along the underside of the wire for deeper work and when they want it low but fast. Restore stained Corkys to near new condition by soaking in citric acid. Repair tears and tooth marks by dipping into 50/50 mix of PVC glue and MEK. Which color to throw? Gee whiz, pick one. Basically anything semi-clear with lots of flash for clean water, opaque and dark colors for dirty. Twitch and they will come.

True, there are times when solid trout will eat most anything presented at the right place and time, but the beauty of a Fat Boy is that you can often make them eat when they really don't want to. A disposable lure for $8.00 a pop seems outrageous, but hey...what's this really worth? It's fishing for big fish on purpose, and who can put a price on that?