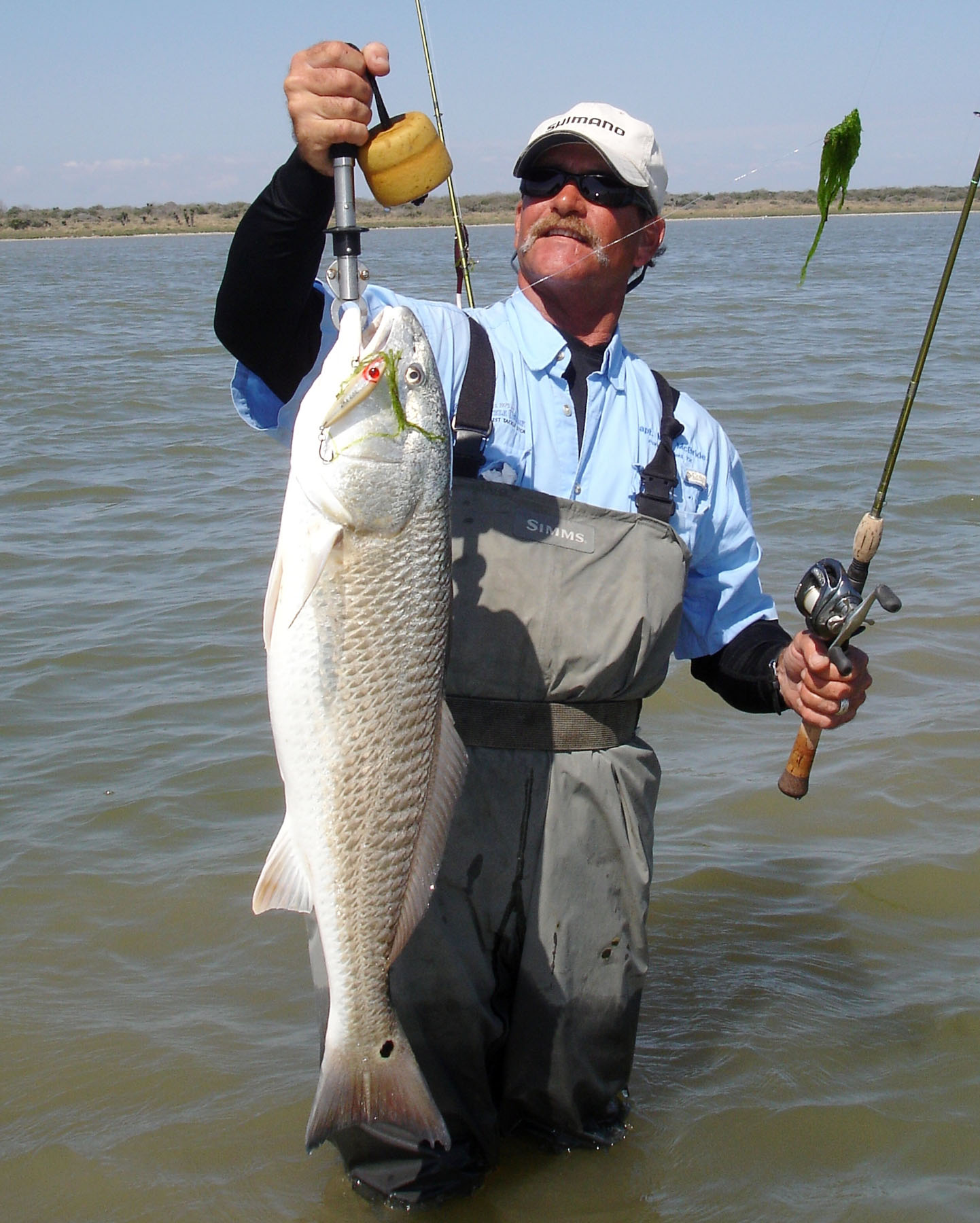 If you are like most of the obsessed fish heads I know, your first surface detonation was a life-altering experience. It usually takes but one epic toilet flush to propel an already eager angler into a wide-eyed enthusiast. Enthusiasts can be transformed into rabid, foam-mouthed junkies with just a few solid hook-ups under the right conditions. To say that learning to fish with floaters can be addictive lends little toward understanding the severity of this disease.

There is a surplus of articles out there about which topwater, what color, under which conditions, etc., ad nauseam; but it is a subject worthy endless chapters. It's fun just thinking about it though, so let's do some of that, but with the disclaimer that the following is an opinion from only one source. Your results and previous experiences may vary - but it's April, and as we speak, thick-bellied, lure slamming trout are out looking to kill their food with flair and style. We can catch them with a little flair too if we make good decisions.

I fully admit to being one of those incurable topwater addicts. I actually became fairly skilled during my freshman year at San Marcos of all places; wearing black and sneaking into the Speech and Drama pond at night with a Jitterbug, determined to decimate its population of large channel cats. (Yes, we all have history.)

For years I was more than willing to trade numbers of subsurface fish for that one 'fix' the next depth charge would bring. Seriously, there used to be nothing in my wade box except topwaters from at least March through December. Yes, anticipation and overall size of fish went up, but often at the expense of everything else the day had to offer. Nothing wrong with that if we're willing, but there are ways to be more consistent producers with surface baits if we make good decisions.

Choosing you weapons: Most successful topwater anglers have their own pet plugs and remain pretty loyal to what has worked for them. The options are many and all will catch fish at one time or another, but in my personal opinion, there are but three classes of topwaters and they all have their place based on conditions and fish attitudes. I identify these as the obnoxious, the all-around intermediate, and the non-threatening subtle types. All are simply tools, and the main key is choosing the right one for the job immediately at hand. Actually, the bigger challenge is understanding the job, which means assessing the fish's attitude at the moment–aggressive, neutral, or negative.

Obnoxious plugs are the She Dog/He Dog types from MirroLure. They sound like an empty spray paint can and even irritate the fisherman on an otherwise pleasant day. They are best served in heavy cover, whether it be whitewater chop or nasty chocolate milk. There is an exception however; and this occurs when it's calm with absolutely no feeding and all we can hope is to jack one up with shear agitation. It's like teeing off a mean sleeping porch dog and the reaction can be quite violent. Even when this plug is sitting still it is talking and fishing, so another technique that has brought several big fish to hand is gently rocking it in the waves. We don't always have to pretend to be mixing paint, nor is that always desirable.

In the all-around topwater category are the less threatening baits of average size and racket. Top Dogs, Top Dog Jr's, Skitterwalks, Super Spooks, and a host of others make a good fit under 'normal' conditions. Day in and out, these baits are probably the most versatile. Not much discussion here, just vary the retrieve until successful and repeat.

The subtle topwaters are often overlooked due to the generalized purchase of the big bait-big fish theory. However, as said before, let's remember that an elephant will eat a peanut. There are many times, especially in very shallow or clear water, where a bunch of commotion is the last thing we want. It takes a tourist to throw a rock where a pebble will do. There is a mighty fine line between calling a fish up and running it off. Last week, when the sun finally broke, I was amazed to see tracks almost everywhere I had made a retrieve. Like spokes on a wheel, every line I had pulled the plug over was marked with mud boils underneath. The presentation was too much and dozens of redfish were getting the heck out of the way. I quietly dropped down and the spanking began. If nothing else, a topwater is a good information gathering tool. Productive baits of the subtle type for me are Top Pups when they want a finfish and a Super Spook Jr when they want something shrimpy sized.

Colors: There are as many colorful opinions on this subject as there are crayons. Sure, there are times they will hit peach and not plum, but more often than not, color is not the main ingredient. Being on fish comes first and then you worry about size and presentation. A beat up old plug in front of the right stick is usually as good as any. However, in going back to the three types of topwaters, there is certainly some situational merit to the obnoxious, natural and more subtle color schemes depending on circumstances. Personally though, I'd concentrate more on using skill than trying to buy it.

When: Again, there's much difference of opinion here. Use them when the bait is up, when the sun is low, in calm water, when there is a feed, when there is none, during an eclipse, etc. However, the reality of it all is that some great fish have been caught up top in every condition imaginable. Personally, I have had tremendous topwater bites in everything from less than ten inches of water to over twenty feet, with water temps ranging from forty-eight degrees to upper eighties, at noon, at night, in both howling tempests and the deadest of doldrums. Read your fish and try to address them with what makes sense.

There is only one answer. The best way to work a topwater is doing what needs to be done to evoke a response. The most common technique is called walk the dog; not slap the dog, jack the dog, or jerk the dog, but let's not be so sure. Many years ago I witnessed a total novice make us suck our experienced thumbs. We were getting major swirls but about one hook in ten. His pliers were much busier. Upon inspection, he would stare at the floating plug for a full ten seconds, violently jerk it about a dozen feet, then wind down and repeat.

"Hand," I said. "What in the world are you doing over here?"

"Well," says he, with a squirt of tobacco inserted for effect. "It's called a Jumpin' Minnow ain't it? I'm trying to make it jump!" He killed us.

Moral? Forget the sportswriter stuff and about trying to dictate terms to the fish. Work it like nobody is looking and don't look back.

Sure, if we bang a topwater around long enough something stupid will eventually hit it, but there is so much more to it all than simply casting one as far downwind as possible and then mindlessly chugging it back like a one-cylindered engine. There are still some mysteries left in this world, topwaters are one of them, and there will always be a big difference between fishing and fishing well. Bottom line is to make that bait look like something that needs the crap knocked out of it and forget the rule book.

Other miscellaneous tips: About the hookset don't! When you see the blow, reel down to the weight. If it's there, lean back on the rod. If it's not, you are still in the strike zone. Leaders are cheap insurance against barbs, and it's common to have the line run through the hooks when the fish makes its u-turn on the lure. One more knot can save an extreme heartbreak. Upwind and working quarter to the wind can be very productive angles. Watch your bait movements. A key to getting distance into the wind is to cast without making the lure tumble. Master that and you know you are casting efficiently. Trout retrieves are often different than redfish retrieves. For me, big trout seem to like a lot of teasy pauses, while redfish often like the steady take-away burn. Here's the biggest tip of all if we want to be well-rounded anglers Know when to call it!

When NOT to use a topwater: Many times, no matter what we do, fish are simply not going to come up for us. Cases in point are John Kafka and Ron Shepherd of Fishing Tackle Unlimited pictured here. Despite textbook conditions, had I stuck with a topwater I would have never known these fish were hunkered down in the grass at our feet. John was wise enough to pull the worm and proceeded to land many three to six pound fish including this handsome nine-pounder. Ron stayed busy doing the same and also managed a long fish. Me? No blow-ups over the same fish just foam-mouthed and stubborn.

With a topic that can never end, the appetite is never satisfied. Topwater fishing is not a meathaul technique, but it certainly can be when timing meets skill. However, those who have truly mastered the art of enticing fish to the surface under a variety of conditions are actually few. One reason may be that folks tend to read too many articles instead of trying to read the water. Stop reading this and go get on top of things. See ya there and bring a handkerchief.