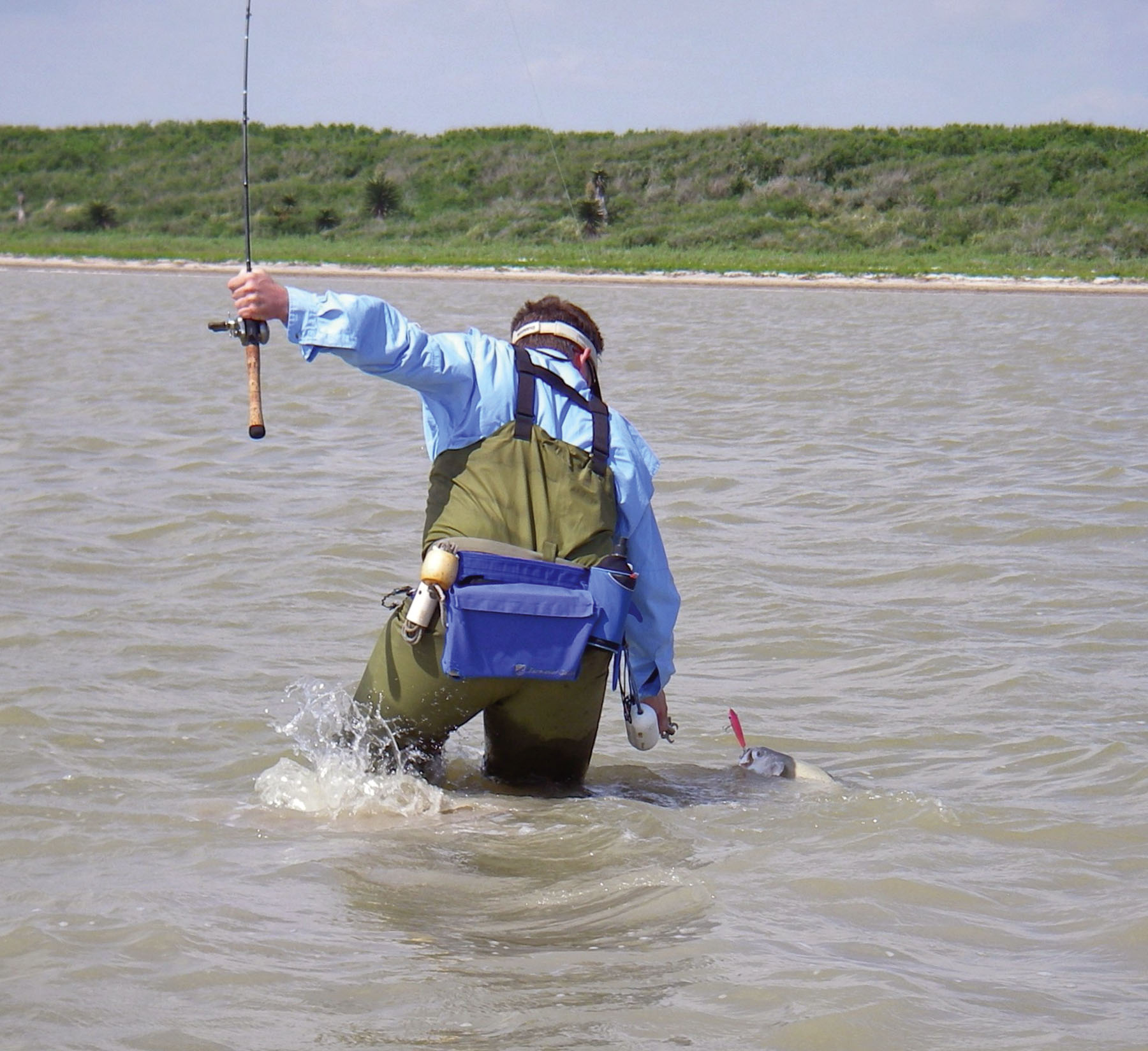 Hey we're just blind casting here!
"Hey McBride! I'm really having a hard time here," shouted one of my guys, shuffling toward me with a confused look. "You evidently like to fish areas instead of spots, and man, I just can't do this. I need to at least be throwing at something I can see. It's hard to have confidence when we're just blind-casting like this! What's up?"

Amusing in a way but, reactions like that are understandable, especially from up-and-coming big trout enthusiasts, upper coasters, and newer tournament-hopeful types.

Despite five minute boatside seminars explaining what we are trying to do for the moment and why, it can be hard for some to shake pre-conceived notions about fishing for bigger fish. I guess the basic point I want to make here is that there is a heck of a lot more to see than what many of us have been trained to look for, and my almost automatic reply to him was - "Well, if you really think we are blind-casting here, you might just be blinder than I thought." Let's get the old white canes out for a bit and discuss.

I am fortunate enough to fish a lot of good fishermen (technical-wise anyway) but many seem totally brain-locked when it comes to finding their best opportunities. There is a limiting tendency for us to focus only on honey-hole spots and other perceived critical factors; such as needing to see visible bait or having definitive structure to cast toward, and so forth. I know where they are coming from however; I was under the same spell during sixteen years of plugging the middle to upper coast.

Now then, as I have learned the worn-out bootie way (and please excuse the tired pun) but, there is a lot more to this than first meets the eye. As far as those sacred spots and concentrations of bait go; unfortunately they just ain't always there where we often think they should be. No matter how many parts there are to a good catching formula, finding them always comes first. This whole discussion is merely another continuation of an ongoing theme - that the technical part of catching fish is far secondary to getting on them in the first place. In my opinion that is the whole game and, again, what you see above is not always what you get below.

Fishing with lures, at the highest levels anyway, is about putting all of the known sciences together trying to understand the complete picture of nature in motion. We will never know all of it of course, but to me, the very art of trying is what defines a true outdoorsman. It's about learning the specific habits of creatures and their daily-monthly-yearly cycles. Only then can we appreciate them with more than just tarter sauce.

As far as trying to better understand the predictable cycles of speckled trout (and redfish), the most sensible explanation I've heard came from longtime Corpus Christi fishing guide, Billy Sheka. Years ago he called the process the Trout Clock, where trout could always be found doing one of a just a few basic things: feeding, moving to feed, moving from feeding, or resting. To summarize this great analogy, we can either fish for them where we want them to be, or "clock in" where they really are at that given point in time. Basically, we can grind things out and hope they show up, or go find them now based on conditions.

Back to that "Hey, we're just blind casting here!" comment, truethere wasn't much to see on the surface at the time, but what time was it? What did the trout clock say? Was it time to be in that feeding spot, or topwatering a raft of mullet, plugging a travel corridor, or perhaps dredging a resting type area with a soft plastic tail? This particular time there was no activity to be seen, so we were dredging an off-colored resting area while waiting for triggers to spur an aggressive bite. That can be hard to have confidence in, but if you slow down and think about it, it really shouldn't be.

OK so YOU say, but how do WE know what hour it is and where to best concentrate our efforts? Without obvious signs such as slicks and active birds, one way to find out is simply to eliminate water until we "hit." Methods for this can be good or bad however, and a bad example might be what I thought was a funny story from a bass guide. He was listening to a typical group talking about the same kind of stuff.

"Well," said the guide, "Guess whatthey're not in the back of the coves."

Duh and the bullet comes out of the small end!

To add further emphasis; Aristotle once said, "We are what we repeatedly do."

We can never free ourselves from habits, but we can replace a few bad habits with good ones. The bad fishing habit here is always doing the same old things in the same old places, regardless of conditions or timing. So how do we get on them more consistently? How do we know where to go? Without anything else to go on, again, the process of elimination can be made to work, and especially if we just think about that clock.

For a simple example, let's say if we don't find them in the back of the coves, it might make sense to start working towards the guts or channels leading into them, those traveling routes to and from. If no luck, check the nearby resting area, normally a deeper and safer haven. Another way to put it, if you would, is to check the kitchen first, then go down the hall and start looking around in the bedroom. They've gotta be somewhere, right? Finding and catching bigger trout is really more about making the effort to use common sense, and being that most of us can only fish where and when we can, it makes working that clock even more important.

So, quite simply, if we are to continue this fool's game as some call it, of hunting fish with lures, we can often make things more interesting if we learn to see beyond the routine GPS maps, shell humps, and flipping mullet. For me anyway, grinding where fish aren't for the moment is kinda like using a clock that doesn't work.

Well, I guess if we stand there and use it long enough we might be right at least twice a day, but hey, who got time for dat? I'd rather keep working by the hour and keep hoping that life will be good, God is real, and that we might actually get rewarded for our imagination and efforts. Let's have the confidence to go see if we can find it!

The clock is ticking...!