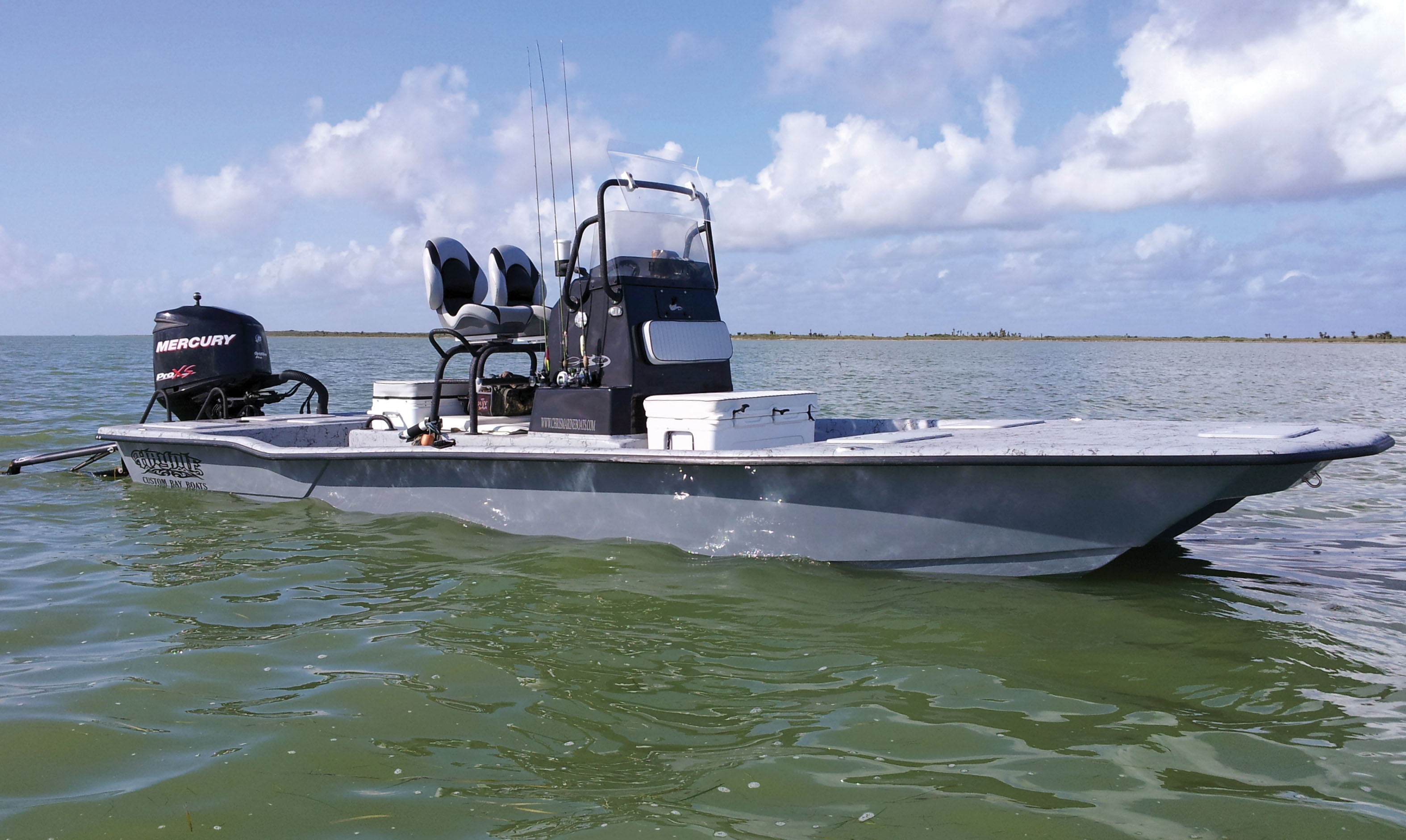 Nothing like riding a new horse in good country.

Back when the Good Lord spoke in King James' English, He said unto them, "have dominion over the fish of the sea, the fowl of the air, and over every living thing that moveth upon the earth."

What a magnificent assignment but…really?

Surely something must have been misinterpreted along the way. A lure fisherman knows full well we cannot control gamefish and for all those other living things, who in the heck ever had dominion over a darn cat?

Both concepts have been reinforced lately by a new household arrival, curiously in the form of a tiny rescued kitten. The thing has actually provoked some interesting and parallel thought concerning this "sport" we call fishing. Yeah, it's sport all right, and so is sparring with a developing young predator's instinctive learning curve…both physically and cerebrally. The little twit's name is Hanger.

Hanger came to us before sun-up one morning at the boat slip when Capt. Tricia and her party kept hearing a pitiful cry for help coming from where the pilings met the water. A spotlight revealed two little eyes begging beneath two sets of deeply embedded claws.

Down goes a long-handled dip net and the house hasn't been the same since. By nature we are dog people but, kinda like that "old cat needing a new kitten" philosophy to rejuvenate gusto, we have been enjoying how this little dweeb's antics have reminded us about life in general. We can even draw some comparisons between its pre-programmed but still developing predator instincts and lure fishing. Nothing new per se, just some reminders, often comical, about what we are dealing with out there in the animal world we are often so pitifully removed from. A darn cat…go figure.

A predator is a predator however, and this little feline toot symbolizes many of the same instincts seen upon the entire face of our blue-green earth, from "lions and tigers and bears, Oh no" - even extending below the surface of the sea. Let's have a little fun and try to pit some recent observations towards our trout and reds, just trying to better understand the whole process and perhaps knock some more paint off our lures.

First off, this wacky thing has ears like a bat and misses absolutely nothing. Interesting how quickly it learned to distinguish good noises from bad and adapt accordingly. A loud slam sends it into the deepest bowels of retreat but, the barely audible sound of foil ripping across the top of a Purrfectly Fish Tuna pouch will call it back immediately.

I once wrote a three-part article I called Sound Advice. It was about bio-acoustics and, like this furry-butted predator, a fish's sound detection system is far beyond our understanding. A big trout can hear your clumsy size 13 bootie from a hundred yards off and perhaps even know whether you have a corn on your left big toe making you walk funny.

Sound can either be good or bad. So would that thoughtless deck hatch slam be a good stimulus in shallow water?

We also might consider the positive effects from good topwater choices and presentations for the immediate moment at hand. Not all topwaters, nor the workmen behind them, are created equal, and we're looking for that "foil rip" here. We are basically talking about animal sensory perception in general and, again, we just can't comprehend but we can address.

Besides incredible hearing, predator eyesight is also many times again what ours is. This little geek can easily plant a wet tooth precisely on the end of your nose when we can't even see well enough to avoid destroying a shinbone against an urgent midnight toilet bowl.

Same with fish, and more than one study has shown their ability to easily pick off prey under zero visibility, even when physically blindfolded for the experiment. I still chuckle at an internet message board rule that you have to throw a black topwater at night so they can see it, but only after 20+ years of nighttime field experiments above a nighttime Google experience. Everything on the surface looks dark at night and they don't really have to see it in the first place. Can we talk about that muddy water thing again?

Watching some of the instinctive, overall movements of this fledgling predator is interesting as well. Most traveling routes are slinked along walls or some other type of structure, always using some sort of cover to get from A to B. Same with other critters, both predator and prey. Even cattle usually take specific trails to their favorite grove of trees, lay down for most of the day, and then run to the bell of the feed tractor.

A fish's cover can be many things; bait lines, current rips, color differences, etc. We can be fifty yards off and miss everything. Jay Watkins will probably talk about those "invisible lines" soon, and how can they be possibly be taught any better than by experience? I'd listen if he goes there.

Anyway, let's remember that the earth is 90% water, and because survival is the goal, there are some highly evolved yet predictable habits. Getting on them first is everything, so we need learn to find those walls of cover to be consistent.

Another observation about animal movements in general is that cats can easily sleep about eighteen hours per day. We see the same thing in fishing and there can easily be hours and hours of total downtime. When it's time to assume the meatloaf position it's not easily overcome. Just like fish, when it's time to chill, this little dude can vanish into some pretty inaccessible places. There's nothing like a freaking cat to rip you off though and this guy was quick to find some good hiding opportunity, like behind a ten year unfinished kitchen counter trim board I continually take heat over. When fishing, think of those safe bail-off, meatloaf spots during slow periods. Also, we can draw that predator out with a shaker-bell toy - in the form of an enticingly worked topwater.

Speaking of spots, we also watched Hanger quickly learn the most comfortable ones for the conditions; like lying on cool tile when it's hot or diving into a warm clothes hamper when the AC cranks down. Let's remember to always remember that one during temperature swings. Where would Hanger hang?

So what do you we do with some of these many reminders? Not much really, except just try to better understand nature in general by watching all of nature around us, especially the inner workings of predator vs. prey behavior. We can't really compare intelligence to a simple brainstem, but the master plan is still quite telling, and should be above all, quite humbling. All of nature can reveal secrets if we'll watch. The Apostle Paul said in 1 Corinthians: "Doth not even nature itself teach you…?" Well, for me, it had to be a darn cat.

Speaking of cats, there is another one that has enlightened me lately. My new 23' Haynie Cat sits right next to Tricia's at night, but during the day we are both on the predator prowl with a whole new attitude. Awesome - as we can "hang" better now with much better dominion of our own, and there's nothing like riding a new horse in good country. See you there if I can find your way out of the litter box.