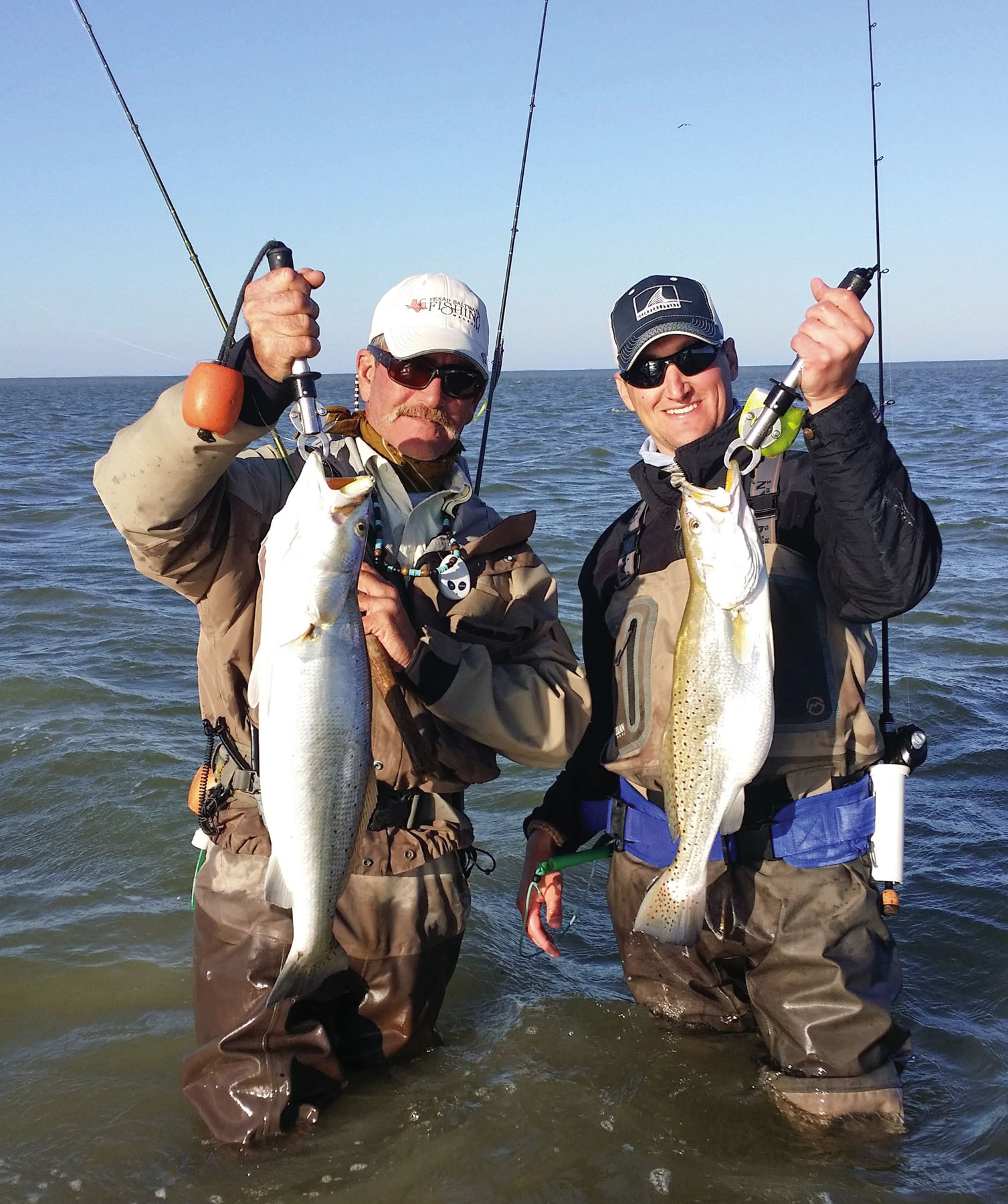 Don’t just read the news…get out there and make the news.
Nature being her fickle self will not often give her self up easily; and any fish caught will either be a hard-won trophy or a stray pull of luck.

There is nothing new in this but neither is there anything new in who-catches-what when things get tough. It's curious to me, though, why some fishermen just always seem to be luckier than others. I'm convinced that, at times, our success may have more to do with our own feeding habits than the fish's. When we're not catching, are we spitting out excuses or chewing on solutions?

Anybody can whack 'em when it's easy but the universe doesn't (and shouldn't) give us points for that. Success, in most anything we do, usually comes from dedicated and enthusiastic problem solving. And while some of us choose to complain about obstacles, others embrace challenges and figure out ways to hurdle them. Fishing, especially with artificial lures, presents plenty of hurdles; so let's look at a few of the more common causes of us tripping instead of clearing them.

There are two basic reasons for not catching fish consistently. Either we can't find themor we can't catch them when we do. Either way, there are usually several contributing factors but most have to do with typical human nature in motion.

It's our tendency to want maximum result for minimum effort. As far as not finding them in the first place, my observations from the water, plus a burnt up phone and email, might be telling. A whole bunch of fishermen don't actually look for fish per se, they look instead for information about where others may have already found them. It's the "lap-top" lifestyle, the age of information coming of age.

No matter what you might be willing to believe, relying on information from others is usually a formula for failure. Reports are usually old, inaccurate, or just flat-out fabricated.

Many will run around all day long instead of fishing, focused on other's rods bent towards an easy bite. Even if found though, you might not be on the exact productive line or even be able to catch them anyway. Trying to chase another man's fish rarely works. Don't just read the news, learn to read the water, and then get out there and make the news.

Many will actually run right by slicks and other obvious signs to go to their "favorite spots"places where they probably caught well before, even if it might have been two years prior and during a different season. It's very common and it's called spot-fishing. Not very interactive and, wellI guess they just didn't bite today.

O.K., we've found some fish; so now what? Of the many reasons why some folks still can't catch them, poor equipment ranks right up there. Many still insist on fishing with what I call "dead" rods, where they can't even feel the lure, much less a soft bite. Good tools are critical and if you can't feel the lure you probably have no idea where it is in the water column, and many times the strike zone is very small. Very often some folks can't even reach the fish because their reel is in poor condition or there is not enough line on the spool. "Well hey, it worked great last year!" As much as we spend going fishing, we might as well spend some before we go as well. Go to the store, stay out of that bargain bin and be advised; braided line is worth the investment in many situations.

Another huge factor that leads to not catching, especially during slow periods, is simply not being attentive. Did you see that swirl, flash, or little shrimp frantically hopping out of the water for its life? Did you immediately throw at any of them?

Yet another big one is walking right through the fish that are feeding in front of you. "Hey I got a hit!"then they keep walking. "Got another one!"and the stride continues. Here's your sign! It says STOP.

Slow down, relax, and be aware of where you are at the moment. But don't slow down too much. When a good bite does happen, it might not happen for very long. I see many miss it all because they were camping out on the boat. Sitting on the freaking phone, eating for the fourth time or sucking down their eighth beer.

Speaking of attention deficits and other distractions; having too much "stuff" can work against us as well. Many consistent non-catchers carry so many lures they can't make a decision, and spend more time tying knots on that next magic bait rather than trying to work the one they already have tied on. Examine everything you carry and evaluate whether each piece is truly essential, necessary, or in any way helpful. When you get right down to it, we don't really need all that much. A few basic lurestopwaters big and small, a handful of light and dark tails, and several jigs of various weight. We'll save the Corky discussion for when you start paying more attention.

The exact opposite of having too many choices is not using enough of them. I've seen many a skunk happen because someone simply refused to take off their favorite lure, even when it was obvious that another presentation was working well. A perfect example is the guy who won't throw anything but the same topwater he caught his biggest trout on. It might be comparable to the Golden Hammer syndrome, where one over-relies on a familiar tool and uses it obsessively. A related quote is, "I suppose it is tempting, if the only tool you have is a hammer, to treat everything as if it were a nail." And my all-time favorite, "If I am not going to catch them anyway, I want to not catch them on a topwater."

Another human syndrome contributing to not catching fish, (many of which are really funny because you know they are true), has to do with not shaking old habits, especially where "Confirmation Bias" is involved. That means we tend to favor only the information that we already believe in, whether it's right or wrong. "See! I just caught a fish on red and white. They always hit red and whiteso that's all I'm ever going to throw." That's a limited representation of reality, and in some ways, similar to another scenario called the Texas Sharpshooter fallacy.

That name comes from a joke about a Texan who fires a bunch of rounds into the side of a barn and paints a target centered on the biggest cluster of hits, then claims to be a sharpshooter. O.K., you go Sharpshooter! We can easily create our own "facts", but we will never get better at anything by sticking to false or incomplete conclusions.

In fishing, our catching problems will never go away, they just change form, but we also often tend to form our own. Another saying is that there are basically three types of people (fishermen included). "Those who watch things happen, those who talk about things that already happened, and those who make things happen." When I'm not catching fish, I gotta wonder which one I'm being.

Well... I really don't know. I'll chew on that problem but I might be biased. Where's my hammer?