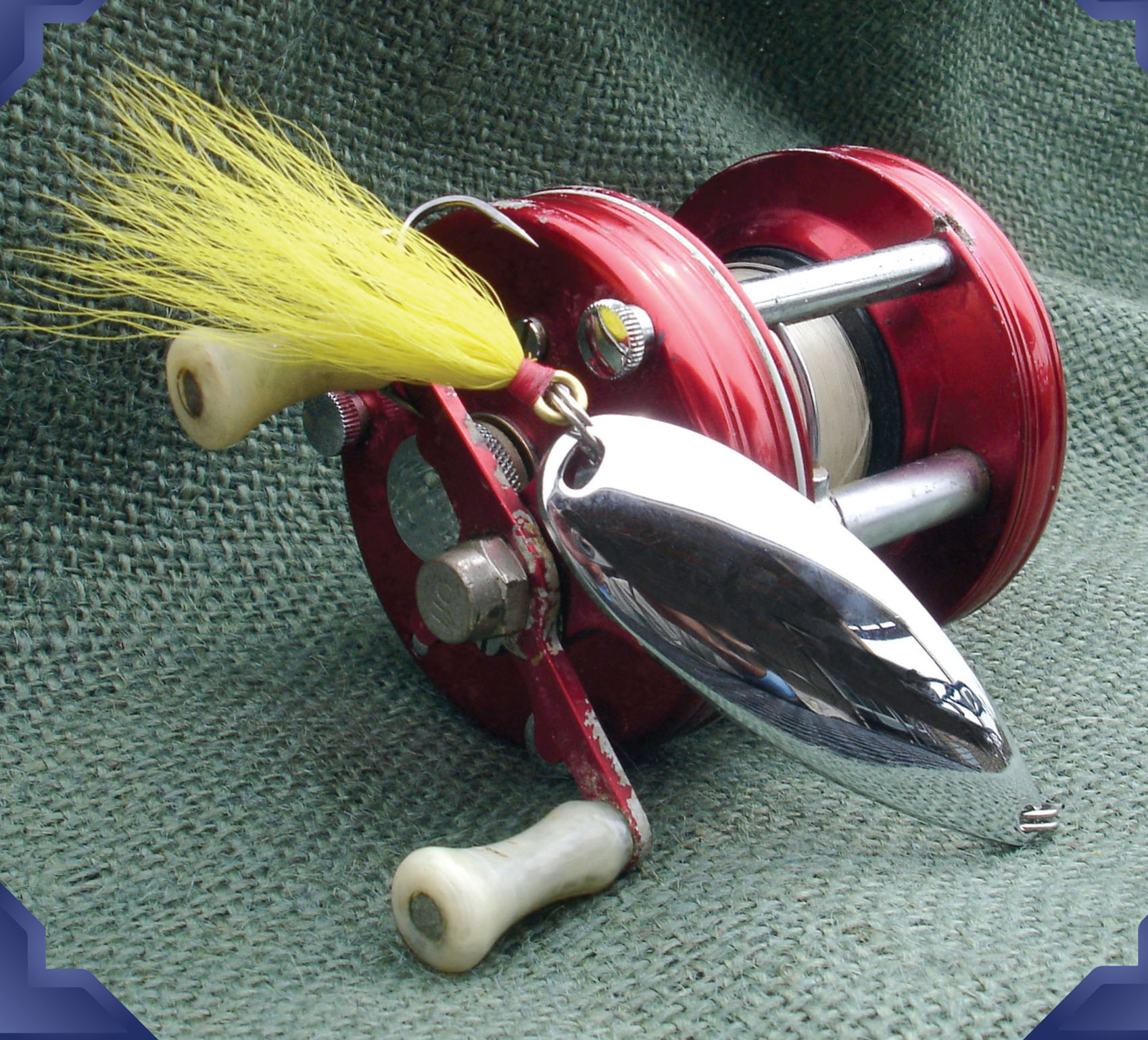 The red reel and Johnson Sprite was what I was throwing at the time.
“Ya like them pointy-nose trout, doncha son?”

“I know how many you caught,” the old crust barked back in his hardened tone.

I had seen this crusty coot wading at the end of the crashed out pier; you couldn’t miss him in his shiny yellow slicker and Jungle Jim hat.

He was always by himself, and even if you got within talking distance, which I had already tried, he pretended he was alone. I was curious and somewhat honored he was even speaking to me.

“What’s up with you walking past all them good fish and messing with those pencils? Why don’t you throw up here close where all them stub tails are?”

I didn’t have a clue what he was talking about but he was a fascinating old goat. I could almost smell the paint and lacquer when he launched into his “good old days” story.

Reminiscing aloud, he turned back towards me with squinty, sun-weathered eyes.

“We used to make our own floaters. We’d whittle out a good shape and then go bullfrog huntin’ right there behind that bluff. We’d skin ’em, tan ’em, then stretch ’em over the plugs with a few coats of lacquer.”

At the time I was throwing a yellow-bucktailed Johnson Sprite like most everybody else; but now I was being schooled in something that would eventually float me higher than any plug.

He pointed to a Cotton Cordell Red Fin neatly pinned to his heavily weighted, color-coded hat. The lure looked like it had been beat to Hell and back with a stiff wire brush.

“Go get you one of these, and be sure and get the rainbow trout colored one. Chunk it up there near the grass on the bank at sun-up. Just work it slow and keep it on top. Then we’re gonna see if you still wanna keep stomping out there up to your danged neck.”

I didn’t know why he was giving up such a large piece of the coveted big trout puzzle. I never found out either, because I never saw him again except from a distance. But I did what I was told.

The next morning I threw my new broken-back plug at the bank just like I had been counseled. Within an hour trout fishing as I knew it changed forever. I caught two fish that morning but they were bigger than anything I’d ever handled.

Watching solid trout swirl and magically materialize out of shallow water was like being a Christmas tree kid and finding something you weren’t supposed to. I saw the ones I missed for days afterwards, replaying the scenes over and over in my mind.

It wasn’t so much the catching part, although that was awesome. It was the mere fact that I had gained something, and that “something” was huge. I fascinated over what it all might mean for future sun-ups in endless places. Predictably, the torch he passed propelled me on a quest that would last for years.

I began probing the new world of shallow water with new purpose. Responsibility took a back seat, there was an insatiable animal now driving me toward new and bigger conquests. I was hooked deep and I remain there. I will always thank the barking old man in the yellow slicker jacket for showing me what I’d not seen before.

I became determined to find and string as many of those big fish as I could. I guess it was so that I could prove to whoever cared that I too could be successful. Coming home with a big strap became akin to a young buck Indian riding tall into camp with a belt full of scalps.

The initial excitement of learning was soon replaced by the compulsion of even bigger hauls, and I started getting frustrated if I walked out of the water without dragging great bounty behind me. To finish this little story, we’ll have to fast forward about 25 years.

I was fishing with a friend this past weekend that is about as new to saltwater fishing as I was back then. With a simple one-liner he handed back the valuable lesson from a time where excitement came from things not measurable in pounds and ounces.

After I apologized for having a tough day and not putting us on a thick-shouldered trout bite, he said, “Well, I just don’t see it like that. I figure that if I can see five things that I’ve never seen before I can call the day a success.”

I thought about how I felt back on the bluff with the old man; when the shear newness of the experience far-outweighed any stringer. My friend mentioned things he had counted, like a uniquely radiant sunrise, but the best thing he said he saw that day was his new plug getting blown three feet out of the water. It was his first explosive witness, and even though he missed the fish, it counted as one of the five.

It’s natural for us to gauge the success of a fishing trip by what we can carry home. Man has been supplying the camp for a long time and those instincts still run deep, even through domesticated veins. However, if we just stop for a moment, it’s also easy to re-live the excitement we felt when we were new to the sport. If we ever lose that, and rely solely on the number we can knife as the final measurement, we might as well just go pick corn.

Someday I’ll probably be a crusty old goat with a yellow jacket. I sometimes wonder if all I’m missing is the jacket. My greatest hope is that I too can pass a torch to new anglers as bright and long-lasting as that old Red Fin was for me. I hope I can remember to include how the hunt is always better than the kill; how the little things that happen throughout the day end up mattering most… not just the big ones lying dead at the end.

Discovering new patterns and techniques that work on bigger fi sh still sends spikes of adrenaline and lifts me to new heights of obsession. And although “big” will always be big, it’s not always the “biggest” part of the day. There is so much more to fishing than the act itself; even those little pointy-nosed trout count too. See you on the water, and quit stomping out there to your danged neck.