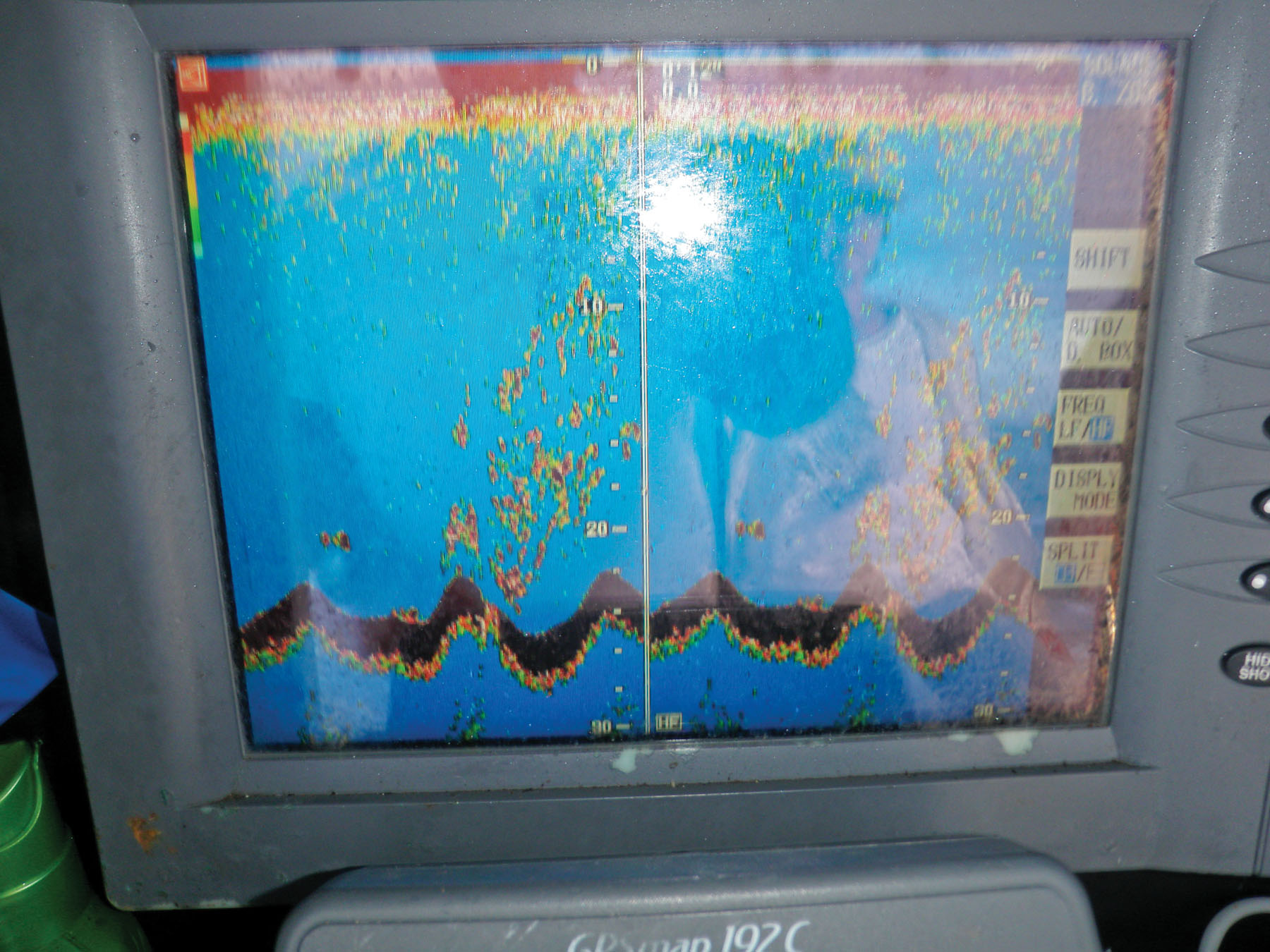 Sometimes during our exuberance “stuff” just kind of happens.

Everyone has their own vision of what fishing is supposed to be about and the greatest beauty of the sport is that no matter your personal style there is something in it for everybody. So whether you happen to be a topwater purist, drift monkey, jetty jerker or bottom bumper, there is common ground for all when it comes to climbing the rickety ladder of learning. Admit it or not we all glean knowledge from others, and bits of inspiration can come from most anywhere. I've always been a sucker for wise sayings - short quips and one-liners - capable of inspiring creative thought.

Listed below are some that have entertained, amused or inspired me, and some hit all three marks. Whether about fishing or just life in general, there is a great deal of truth in all of them.

"You cannot catch another man's fish." - From Rick Kersey, longtime friend and tournament partner, lambasting a fellow sportsman (so-called) about a decade ago for shamelessly trying to profit from the work of others. A more modern reminder came during a recent tournament when our every move was mimicked by another boat; to within casting distance at times. We won, both times, and the potlickers came in near last, both times. Which leads us to another ancient proverb, allegedly from Confucius, "He who fishes in another man's well often catches crabs."

"We just have to manage our expectations sometimes." - Renowned Texas outdoor artist Sam Caldwell offered this on an unexpectedly slow day - excellent philosophy no matter what we are doing. Too often we set ourselves up for disappointment, and usually by attempting to gauge success with a crooked yardstick. The unenlightened almost always assume the measure of fishing fulfillment is made only in pounds. Sure, we want to catch them, but nature might have other ideas, so we adjust. Zane Grey said it well, "If I fished only to capture fish, my fishing trips would have ended long ago."

"You gotta know they're there and you gotta know you can catch 'em." - From Rockport fishing guide and fellow TSFMag scribe, Jay Watkins, who unblushingly admits to spouting so much of what he has worked so hard to learn during a day of guiding clients that he needs sunscreen on his tongue. As simple as this one might appear on the surface it was way big for me. There is a large difference between fishing and fishing well.

"We're not in Kansas anymore." - As it applies to fishing, this one came from very close to home, Capt. Tricia actually, given to me when I first relocated to the Laguna Madre. I basically needed to shut up and learn instead of assuming what I thought I knew would work. Actually, this was my second notable go-round with this lesson, the first came a long time ago during a snow ski lesson, believing that my surfing background placed me ahead of my classmates. Finally the instructor said, "You really need to shut up and listen…this ain't about surfing." Yogi Berra hinted at something similar when he said, "You can observe a lot just by watching."

Howard Marshall said, "Fishing consists of a series of misadventures interspersed by occasional moments of glory." - From my perspective, the honest angler stays busy loving and hating, kind of like repeatedly falling hard while learning to skate. However, if we don't occasionally make fools of ourselves we won't learn as fast, so fish like nobody is looking. Wear your helmet just in case.

John Gierach in Fly Fishing the High Country said, "The best fishermen I know try not to make the same mistakes over and over again; instead they strive to make new and interesting mistakes and to remember what they learned from them." - Personally, I always strive to make new and interesting mistakes, but the old ones still haunt me - like leaving the plugs out yet again, or forgetting my wading shoes and having to wear flip-flops with my waders. Nice camel toe!

Andy Rooney of 60 Minutes fame said, "One man practicing sportsmanship is far better than fifty preaching it." - Little to add here but it does seem odd how some can spout "Catch-Photo-Release" with one hand while the other is busy running a fillet knife through every fish they can drag to the cleaning table or arrange on the front deck for another hero photo. The Doors had a song, "People are Strange."

"Creeps and idiots cannot conceal themselves for long on a fishing trip." Another from John Gierach. - Need to check out that potential new hire, girlfriend or in-law? Take them fishing. Time on the water doesn't always build character, but it will surely reveal it.

Norman Maclean gave us a great one; "Many of us probably would be better fishermen if we did not spend so much time watching and waiting for the world to become perfect." - When a perfectionist gets something done it is usually well away from average, but the problem is that very little actually gets done waiting on everything to become perfect. These people sometimes don't catch a lot of fish; ask me why and I will perfectly well tell you.

An opposing thought to the one above comes from Leonardo da Vinci, "Simplicity is the ultimate sophistication." - Many of us get lost in complications because we consume more data than our judgment can sift. Think of an engineer tying on a different lure every five minutes. A good artist learns what to leave out, and a good fisherman learns to eliminate wasted motion in favor of a concise declaration. Over the years I have declared that I can always catch them on soft plastic, yet my checkbook declares I have wasted a lot of motion tinkering with expensive and glittery options.

Wise old Ben Franklin said, "Some are weather-wise, some are otherwise." - Much wisdom here, and knowing which drain to work when the SSE wind hits 20mph right as the tide starts to drop and the moon starts to rise is one thing. The "otherwise" is catapulting your boat 40 feet up a dry Pepper Grove Point, then cowering from vampire-class mosquitoes all night because you didn't understand dew points and their relationship with ridiculously thick fog. Trust me, I know "otherwise" and so should you if you have lived like we should.

An ancient proverb claimed by many, "It is good fishing in troubled waters." - The obvious is that the best days for golf are often the worst days for fishing, so don't be afraid of a little weather and rough, dirty water. Many personal-best days happen when the perfectionist stays home.

According to Miguel de Cervantes, "There's no taking trout with dry breeches." - My personal philosophy still stands that the best fish will come from getting in the water with them, but this can hit on everything from having strong work ethic to that classic miserable winter wade with classically leaking waders. Why does it seem that the more we suffer the better we catch?

A biggie from Tony Orman's Trout on a Nymph, "A trout angler should always be asking questions, even in reading a book. The mistake of many is to blindly accept the opinions and writings of others. There is a tendency to become too stereo-typed in methods and approach. This tendency is encouraged by writers who lay down hard and fast rules." - Although much of what we read was probably true at some place and time, there are absolutely no absolute fish rules. As far as reading stuff, sometimes even the beasts know when it is good and proper to throw up. Adhering to advice such as "When you think you are fishing slow, slow it down some more," and another, "Throw topwaters early and late, spring and fall," tends to create hemophiliacs who bleed to death as soon as they are nicked by real water. A related quote is, "Tradition is what you resort to when you don't have the time or the money to do it right."

I hope this question does not upset you terribly - but why do we hang onto believing that all we read and hear will automatically make us better fishermen? The only real way to do that is by getting those breeches wet.