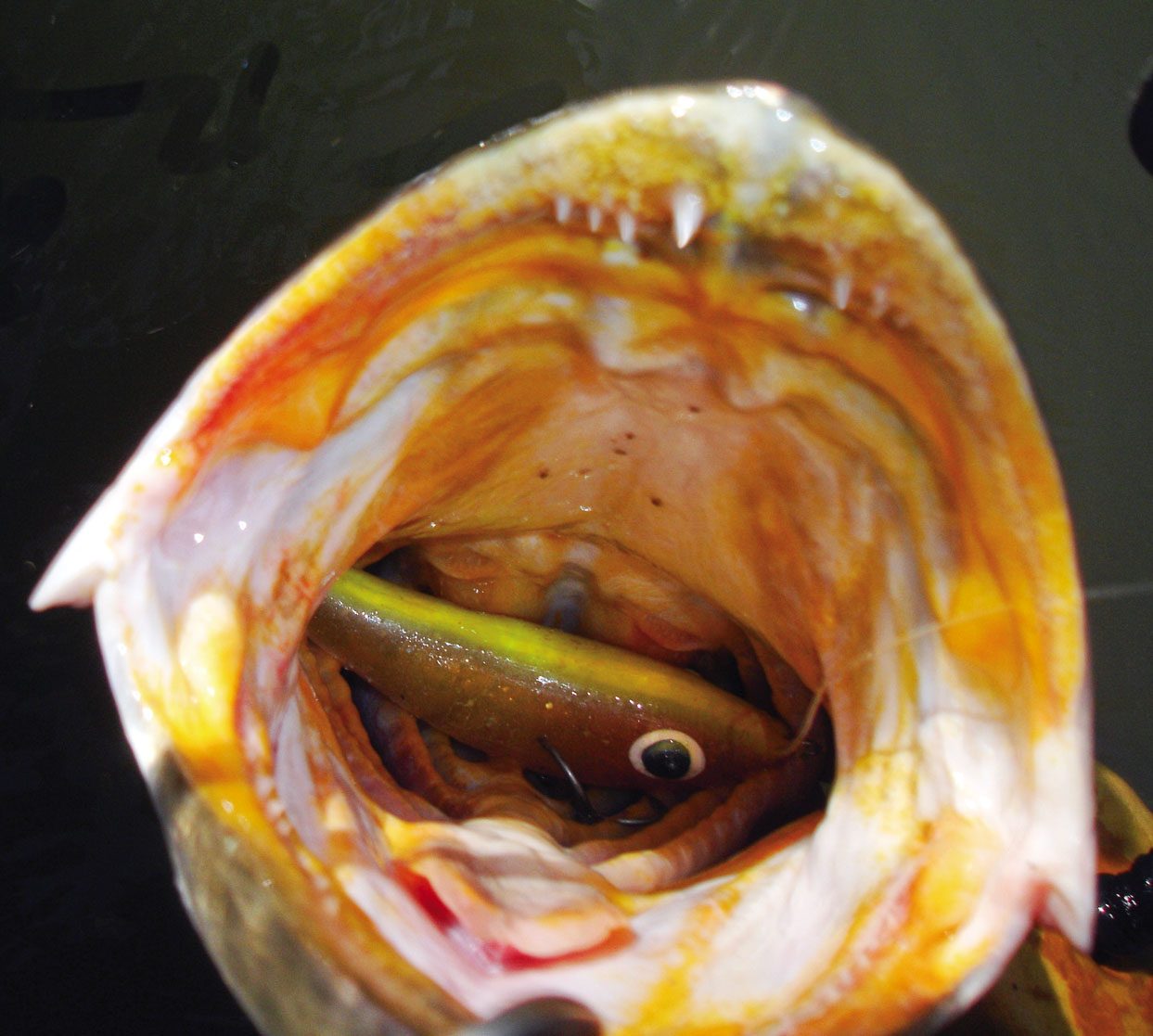 Joe Richard came up with an interesting idea. Quoting his email "I've been thinking of doing a story on getting skunked in the presence of greatness, or something like that."

Unfortunately though, I misread his invitation, so instead of sending a snippet about me that he could use in his story, I ended up just stealing his idea and using it for myself. Well heck, I never said I was all that bright.
I certainly had plenty of examples of "where another guy in the boat or the guy in the next boat caught a cooler full of fish, while we sat there with the wrong bait or artificial, and caught nothing." And more inspiring was Joe's additional challenges of "whose egos will allow them to relate such a story," and lastly "this ought to be fun."

The topic brought back more than a few memories. So despite blowing his request, here's just one of many personal episodes where an ego can make you zero. Well just heck again, I think half the fun in life is laughing at yourself anyway. So here goes.

It was around 2002 I think, back when this magazine's operation basically consisted of just Everett, Pam and my new little eager self. Monthly travels up and down the coast made for quite a few gripping consequences, but for David Rowsey, one of the consequences was meeting me.
As we were just getting to know each other, he happened to "smirkingly" mention that he was on some big trout, and then naively quipped, "Come on down and get you some!"

I don't remember many details but another relatively new victim ended up becoming involved in the adventure. Somehow, the middle of the night found my at-the-time factory-sponsored Pathfinder heading down Highway 77 behind Louie Baumann's truck. This being the Louie of Baumann Propeller fame; Neanderthal-lumberjack looking dude who with just the power of his wrist, can gently lower a 20-pound sledgehammer to the tip of his nose - with either hand!

We pulled into Flour Bluff before sun-up, and although it was dark and we were delirious from lack of sleep, I could easily see that Rowsey had sprouted a set of strange and fully erect antennae.

Despite him going through a mental thesaurus of derogatory adjectives and expletives, we ended up launching anyway into some "theoretically" perfect conditions; wintry pre-norther situation under the influence of a full moon.

A condensed version would be that it ended up being one of those nightmarish trips, where you end up sucking your thumb because everybody catches monster trout repeatedly and often, except you. Yeah, that's funny as long as it happens to somebody else. Except this time the somebody would be me.

When we got to Rowsey's secret squirrel location it was familiar to me. However, I wasn't about to mention that my longtime partner, Mark Holt, and I had been plugging the same area for years.

We mostly did it secretly at night, but of course it's always about knowing when to be where, and Rowsey certainly knew about both. He also knew how to catch them and it wasn't long before he and Louie started doing just that. Some impressively fat trout in the six to seven pound range were soon being landed, and here's where that ego thing I mentioned started to build into yet another story.
It became one of those testosterone-driven moments where you fantasize that "even though I am bearing witness to near 'epicness' here, I'm just not going to participate because I think I can do better."

There has to be a degree of risk for any game to be exciting, plus a fair chance of the prey vanishing. Somehow it occurred to me that these fish were fenced up like deer at a feeder pen, with an obviously predictable outcome.

"Anybody can catch them when you're on them," said ego. "The real skill is finding them in the first place."

Mark's Mucky Hole, one of our tenured trophy spots, was about a short mile down the shoreline. I had to go do some research, or so I told them, but was honestly intending to trump the excellence David and Louie already had coming to hand.

David later commented that I looked like Flo Jo in wading booties, streaking down the bank. And yeah, I was hurrying to catch that classic midday-full moon feed.
That didn't work.

In the meantime, Louie was addictively tucked inside his newest fishing god's back pocket like a new can of snuff. No doubt it was high opportunity, if all you wanted to do was catch, but to me this whole game is more about discovery. If there's sixes and sevens here, there's gotta be eights and nines over there.

The bottom line is that I didn't catch squat, not there, nor the entire wade back. And unbeknownst to me, the dynamic duo had been hammering good fish the whole time, and the whole time they kept getting bigger.
I slinked back just in time to see Louie catch his personal best trout and, sucking it up, I wedged right in between them but still couldn't catch squat.

Here we go again. They were smoking big fish on Corkys but, Oh no, I could easily see that was working, so I decided I wanted to catch them on topwaters instead.
The results of the skunk strip continued to gain contrast, but finally, at the very end, I hooked what I thought at the time to be the biggest beast I'd ever seen.

But before I knew it, Oh Hell Ego No – all I have to show for it is a picture of some questionable foaming whitewater. It pulled off. And it was time to pull out.

We had pushed the weather limit and a fiery black tempest was descending to devour an ascending orange moon. I just thought I was going home stinking, however, it 'tweren't over yet. The humility demons wanted even more blood, and they got it.

The stronger than expected norther hit right as we were leaving and two foot whitecaps were reflecting quite well in the light of the big moon, but not nearly as brightly as they soon did from a ten billion candlepower spotlight suddenly boring into us from the bridge of an approaching barge. It was right in our face and impossibly blinding. We couldn't tell if she was fifty yards ahead or five hundred.

I backed down, wiped watering eyes, then pulled east and outside of the ICW, trying to make sense of the invading threat. After regaining bearings, we pushed back up on a slow plane, into the teeth of a 25 knot north wind, but it wasn't long before another seismic event came our way.
Right after hearing a sickening thump, the bow shot up and we all shot forward.

A 14" diameter channel marker piling, evidently pushed over by an earlier barge, was laying in wait like a jousting pole just beneath the surface. And for me, it gouged another large hole in an already seriously damaged ego, and an equally gaping wound in the bow of the Pathfinder at water line.

As if that big white stripe down my back wasn't enough, I ended up wearing a big red one right across my forehead where I face-planted the windshield's grab rail.

Louie hit the console like a football player on a practice dummy.

Rowsey, I think, was saved by the cushioning effect of his designer undergarments, but that's another story.

We trimmed her to run bow-high to minimize taking on water and continued plowing northward. The looks we got when we finally made the ramp would have probably sunk any number of lesser vessels.

Morals? Well actually, there are several. Many different levels of ego exist but few actually put fish on the wall. Leaving fish to find fish is rarely a productive idea. There is no fishing in the "go for it" category that doesn't come without great risks of humiliation, as nature will routinely send even the best of outdoorsmen to the bottom – if we don't do it to ourselves. (I got double hauled on this one.) And lastly, if somebody puts you on "near epicness" it might be wise to be a gracious guest.

Realistically though, stuff like this is just all part of trying to live large, and I still tease Rowsey about the antennae.