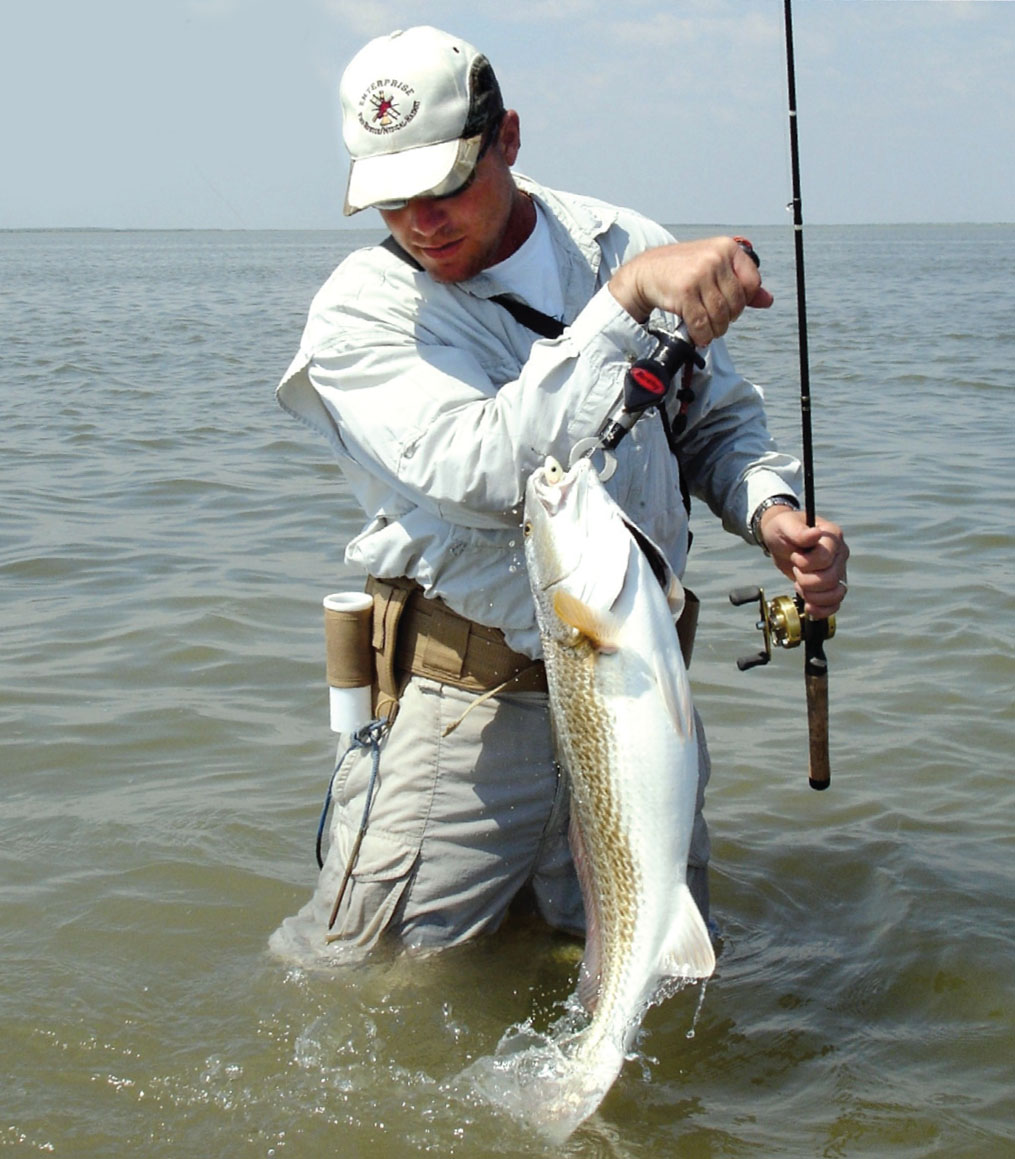 Without signs up top you really have to think like a fish.
I remember limping back to the boat slip last summer with our tails tucked. It had been a particularly rough trip, one of those scorched days where even the sea breeze offered little relief beyond barely keeping the gnats out of nostril’s way. Even the bait guys were whining about “no bite.” The only reliable movement had been a pitifully diminishing fuel gauge.

It was all quiet on my end of the dock, yet right there across the slip a whole bunch of ruckus was going on. It seemed that one electric filet knife was feeding the entire population of harbor scavengers, and scores of obnoxious seagulls were squawking their air supremacy above water boiling with starving hardheads. It was the most activity we’d seen all day, and I stood there, stiff-necked, trying to fight back insecure feelings only Dr. Freud might appreciate.

There was some serious information secreted over there, and despite being a staunch subscriber to the “find your own fish” mantra, I had to know what I and almost everybody else didn’t figure out that day. The answer ended up fitting the “Well duh, why didn’t I think of that?” category.

After washing the boat, all the while eyeing trimmed carcasses fly from yonder table, I sauntered over with cap in hand to conduct some humble espionage.

“Wow…great catch!” I offered as a suck-up opener, never daring anything remotely connected to when or where. Sticking with the submissive angle I queried further,
“So what did you see to make you stop where you did?”

“I didn’t see anything,” gritted Capt. J.D. Whitley shifting the gnawed stub of a cigar while thumbing through the roll of bills his crew had thrust into his shirt pocket. Without looking up, still sizing the generous tip, he simply added, “…they just shoulda been there, that’s all.”

OK- I could accept that explanation on the surface, given his decades of local experience and all, but there had to be more meat behind that simplistic grunt. It took a few head slaps to realize that “they just shoulda been there” was a mature answer from a mature fisherman that spoke volumes, yet refreshingly void of the self-elevating we normally have to endure while listening to others explain great catches. It hinted subtly of, “think like a fish, just get in there and fish with the confidence all good anglers should have… especially if you are supposed to be a guide…stupid.”

The self-debasing reality of it all was that I had checked that exact area several times the past several days and it always seemed completely void of life; sterile-looking water with no visible reason to stop based on our perceptions of what we need to see. The problem is that we are all sometimes guilty of thinking too much, or at least thinking about the wrong stuff.

We are trained from our first days on the water to find fish by looking for slicks, birds, baitfish, and all sorts of other surface indicators, and these have their own times and places. However, these should be likened to the “congressional” truth. Which means to say; there is a whole lot more going on under the table than we are permitted to see.

Yes, getting on fish is everything. It is the alpha and omega and everything in between that feeds egos and gulls at the end of a day. But how do we know where to probe without visual aids that even the Ray Charles Guide Service could follow? If our gut is right – and they just oughta be there – then let’s just get in there and fish for them. Let’s examine a few scenarios.

It’s late summer when water temperatures typically soar during the day, dissolved oxygen levels are reduced when the water is warm and the wind is light, but predators still have to eat. Being that radiant cooling can make the shallows almost cold by first light and physics says oxygen content increases as surface area exceeds depth; where might some hungry trout be found during the early hours? On the Laguna flats I’d try the skinny sand behind the first grass line. They just oughta be there.

Its late afternoon and time for the big boys to eat. Pods of dolphin begin cruising the ICW, jack crevalle begin strafing lines of baitfish and the occasional triangulated fin can be seen slicing the surface. If I was a big trout I oughta be right on top of a shallow spoil bank and out of harm’s way, and also where the adjacent deeper water still makes for some easy breathing. We might oughta be there too.

It’s dead calm, middle of the day, and the only thing moving is your sweat-proof sunscreen running down your cheeks. The only relief seems like a deep plunge and the fish probably think so too. Most every deep grass bed oughta be holding fish as they nestle to nap in a cool blanket of oxygen pumping vegetation. They oughta be there; and you can bet they are.

The afternoon sun has brought the shallows to a simmer and an increasing wind has churned the water over mid-bay depressions into a funky chalk. Ugly, but what better place to both hide and eat in a cooler, more oxygenated bowl of opportunity. We oughta be right in there with them.

That same wind has also been draining water off the shallows and pulling baitfish down with it. No, you can’t really see the piggy perch and crab scurrying for new cover, but you can sure see the first few places they have to bail to and become more concentrated. That oughta count for something.

That same wind again, while draining one side of an area is increasing the level on the other side, plus compressing microorganisms against the bank which will start the proverbial food chain moving. Those leeside depressions, which may have worked an hour ago, may become void as fish move across to enjoy the new turf and, let’s don’t forget about that new oxygen being churned in there. That counts too.

Shoulda, woulda, and in a lot of hindsight; we probably coulda. There are countless scenarios where we can predict where fish should be without really having to see anything up top, and although “they just shoulda’ been there” is still about reading the water, it’s more about reading the fish, which is I think what we are supposed to be doing in the first place.

In tournament fishing, most successful hardcores will stay where they know fish oughta be and just wait them out. So, instead of running around during this hottest part of the year looking for an easy bite, and perhaps screwing everybody else up in the process, we might think more about where they oughta be and then do it before someone else has to show us what we shoulda done.