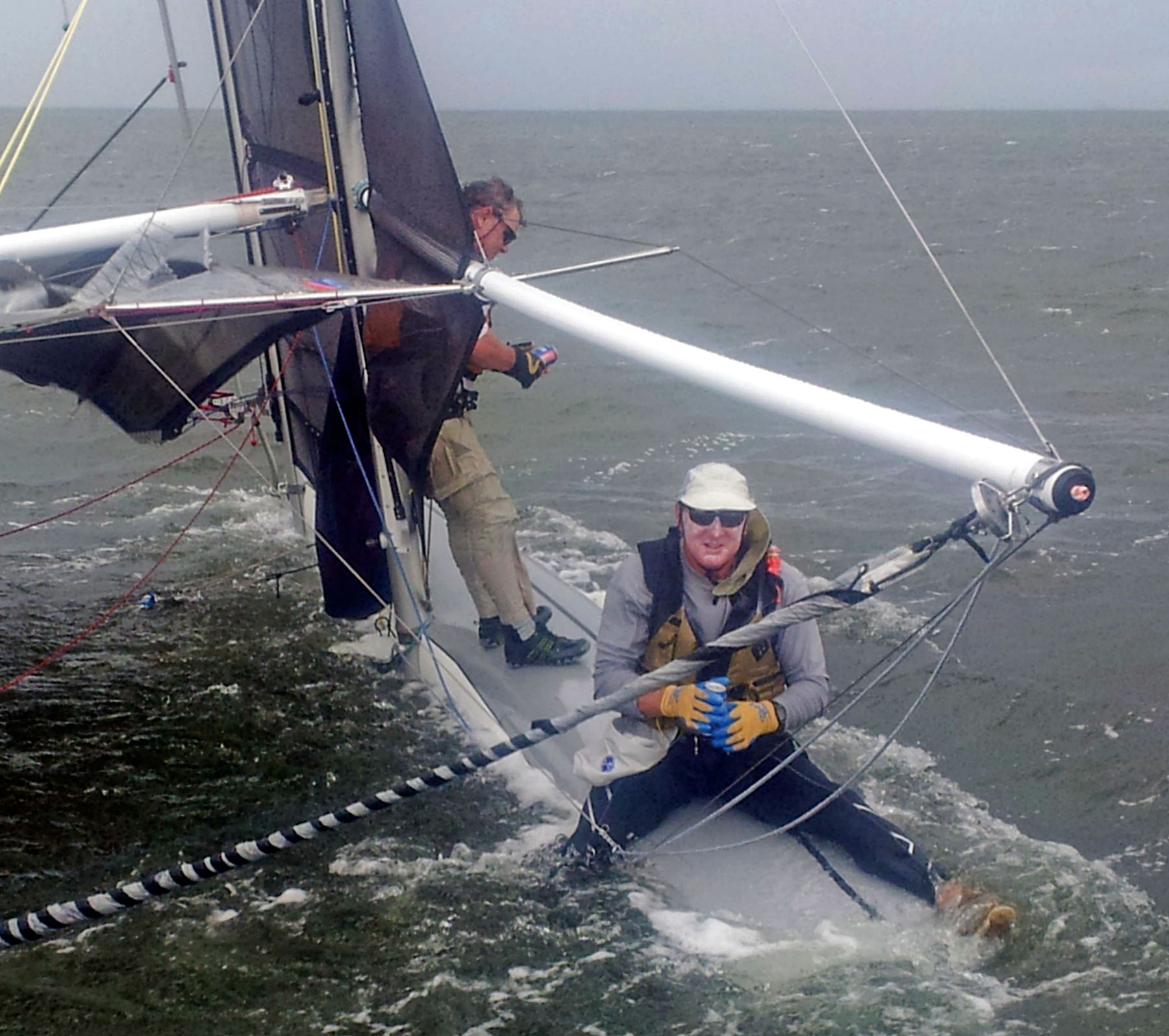 Lady Luck, the ever-present partner she is, can work both for and against us on the water. Get on her bad side and we might even end up with a Mayday! situation. However, most of our bad luck can be avoided, and a couple of recent episodes beg for review, not only about our responsibilities as boaters, but also our responsibilities as humans. Lets look at three scenes, where just like we saw on Gilligans Island, a simple three hour tour unfortunately escalated well beyond the float plan. Basic lessons here, more often than not, are that Maydays often come from operators brilliantly playing the role of Gilligan himself.

Case one was a typical misjudgment deal, where an errant crank of the wheel put three men high and dry on a shoreline. They were lucky to even have a meager cell phone signal, but even luckier that I happened to pick up. Trying to cut through a narrow twisty exiting a remote back bay, they chickened out at the last minute and made a hard-over evasive maneuver, sliding the boat sideways and depositing them up a grassy bank. At the time it would have taken a sky-hook to get them out, and being 18 miles from civilization with darkness creeping soon, things could have gotten rather ugly. However, simple thinking could have gotten them home on their own. By the time I found them, the typical late afternoon wind increased enough to push in another foot of water making for an easy out, but they didnt snap as they had already walked through some rattlesnake infested brush to a safe pick-up point. Obvious lessons are know your water and navigate it well, well within your limitations, not to mention also understanding your upcoming conditions. Knowing who to call doesnt hurt either.

Situation two was classic, and yes, with Gilligan classically at the helm. Most of us have seen some of the silly Internet message board wars about whose daddy can beat up whose and whose boat will go shallower. It may make for fun banter, but real world conditions tend to skew unrealistic claims. With five men aboard including a full compliment of gear, ice and fuel, some of those claims go out the bilge pump, especially when the Professor isnt there to calculate tides and offsets. These guys proudly pushed the skinny-water envelope in their newly purchased skinny-water boat, and promptly went hard aground about 25 miles from help in any direction and even farther away from anyone who would.

They had originally stuck themselves in water so shallow the great blue herons knees were dry, and finally made a call about two hours before dark when the grass started to stick up. They had been waiting for the tide to rise as predicted by their GPS but, totally unbeknownst to them, their position had over a seven hour tide delay not to mention a foot less of change. It could have been a very long night without food or adequate clothing but plenty of mosquitoes as company. The only option was to abandon ship and return under a more accurate tidal assessment. So your boat gets up in a heavy dew really? Also interesting is how many folks misunderstand tide charts.

The most recent episode is the most telling with many issues, including social ones. I happened into our local store right at dark, where a man and his young daughter had just walked nine miles down the King Ranch shoreline looking for help. They were also hard aground after losing power in 35mph winds. Another as seen on TV episode. And if you can remember, the whole reason the SS Minnow became marooned was because Gilligan, during a storm, threw the anchor overboard with no rope attached. Similarly, this crews anchor was not stout enough to stall a dingy much less a 21-footer in inclement weather. However, this is only where the issues began to build.

Despite asking for help along the way, no one responded including several other boaters fueling up at the time. Things got more interesting after finding out there were still four other castaways, including two more women plus a three year old child! Here we go again. The Captain thought hed run out of fuel, so with freshly filled gas cans we headed out in two to three foot chop under a pitch dark moon with a dead spotlight. We finally found a pitifully weak light winking on the shoreline.

The next bit of luck came on the very first step out of the rescue boat; Captain Dad got slammed by a large stingray. Now I have a grimacing gimp, three women (neither of whom resembled Mary Ann or Ginger), a baby, plus another young male on the bank. We finally managed floatation, but it turned out to not be fuel but fuel filters! They could only run a few hundred yards before shutting down, then having to wait ten minutes before the next attempt. In a nasty head sea we eventually got back to Port about midnight, and only then did I find out the Coast Guard had been searching for them since a confusing 2:00pm call. Two helicopters were dispatched but called off at dark due to poor directions. After answering half a dozen calls from both them and other local LEOs, let me tell you several were not too happy about the whole deal. Many issues here; poor maintenance - unprepared for (and unaware of) poor conditions - poor communication - and an even poorer response from several citizens.

To summarize, each of these events could have been avoided, and it is our duty as boaters to minimize the chances of them happening, as when we hazard ourselves, we also hazard others. Besides Gilligan-type antics, most bad luck is simple to avoid but also simple to overcome in case bad stuff does happen. There are several ways to become marooned, but the most common are fuel, oil, batteries, propellers and proper tools. If we have a known problem with a boat we should never even leave the dock in the first place, kinda like not running with scissors. Flirting with weather is not very smart either, especially during winter, and especially without proper provisions to ride out a night if necessary. Im not even going to mention what proper provisions are as the list is long and obvious, but it starts with clothing, food, water, a charged phone and first-aid kit.

As far as our legal responsibilities in rendering aid, I cannot find any lawful definitions other than in the event of a waterborne accident. The law is quite clear on this, but the moral laws we should all live by are a tad foggy. Amazing is how many boaters will pass waving arms with nary a glance"Ah... let the next guy help."

As a matter of fact, there is a fishing strategy that capitalizes on this. In Combat Fishing, a piece I wrote several years ago, I mentioned a tournament strategy about when you were on good fish and didnt want to share, just take the cowling off your outboard and nobody will come near. Well, its the Golden Rule" sort of thingkarma in some cultures, where what goes around comes around. I hope the guys willing to leave a three-year-old on the bank slept well that night. However, the rendering of aid needs to be smarter than the actions that caused the scene in the first place.

Me, I'll do whatever I can including a midnight tow, but for the most part, rendering aid means at least stopping to assess the situation, and if no immediate danger is present, a simple phone call can do if not able to assist further. Unfortunately, we can get in over our head trying to be a hero and put our own vessel in jeopardy, and despite the Good Samaritan Law, there may be some Law Dogs that might chase liability issues. Even so, I would hope that all reading this magazine would also do the right things, both in preventing situations and helping out when others are caught in them. Thats actually what this magazine is all about; trying to help fishermen be all they can (and should) be. If we as fishermen only do what we are legally required to do, well, Einstein said it best, If people are good only because they fear punishment, and hope for reward, then we are a sorry lot indeed.

Be careful out there this winter, and as far as Gilligan goes The more we go the more we know, and our luck gets better.