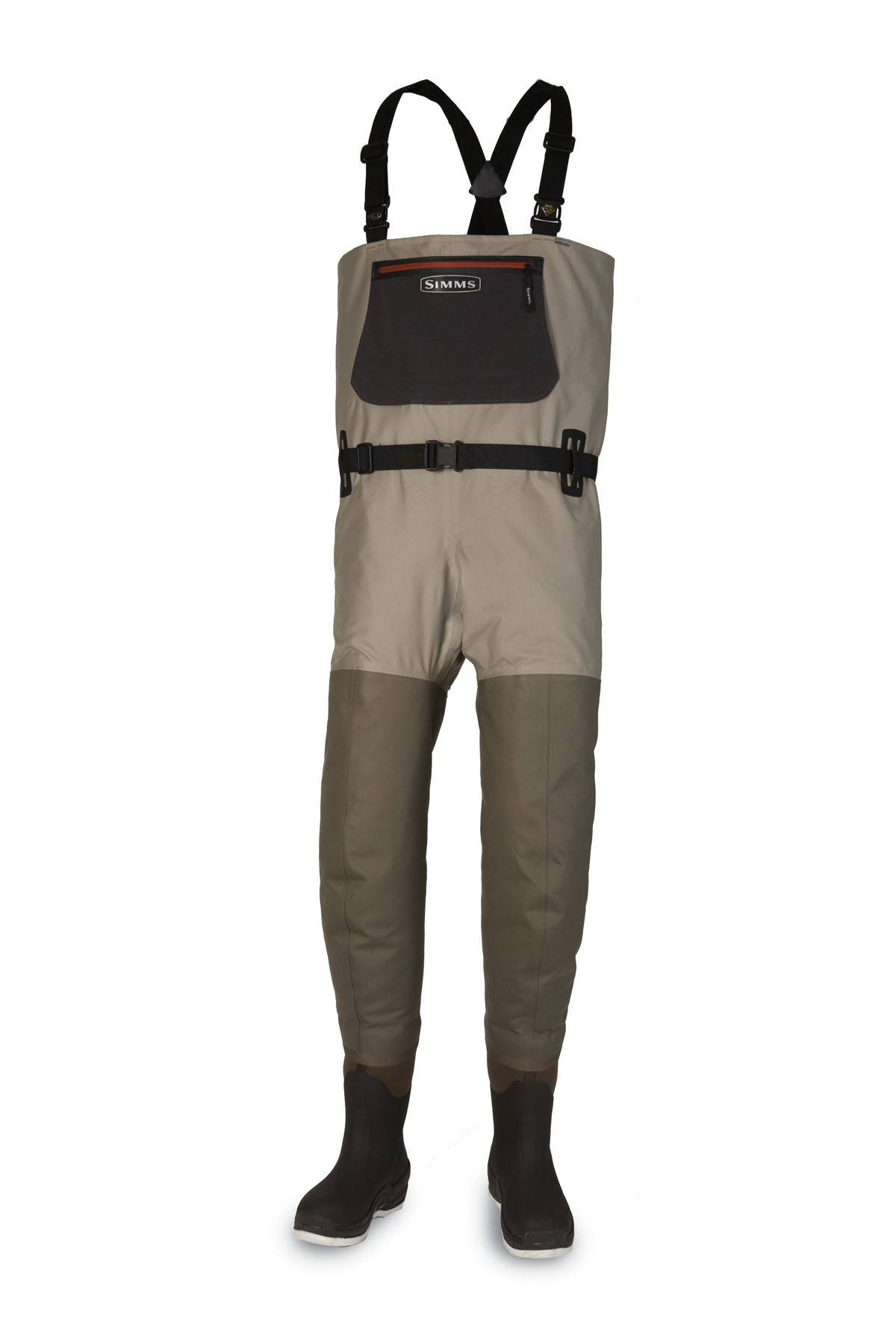 Even to this day I can still feel that freezing drizzle from more than twenty-five years ago. Standing there in chest-deep water, a sloppy east winter wind would invade every little breach in those old button-up yellow slicker suits, soak you to the bone and turn them just as brittle as the jacket was. Even with jaws aching behind chattering teeth and numb fingers pawing a stiff rod, life was quite large because "they" were there. "They" were those mythical monster trout that only the few salty elite were supposed to catch. Hypothermic or not, there we were bowing up on another great fish and we'd be there again every chance. Winter will soon be upon us once again, and although much has changed about how we've learned to catch big fish, the magic of the experience still lives when we get out there and go for it.

For me, enduring miserable sessions like that was just part of the early learning curve of trying to catch real trout on purpose; ones that scribes like Joe Dogget would tantalize us with through his seductive Sunday writings. Many would question why anybody would want to suffer that much just for a silly fish, but perhaps the excitement of discovery played a big role. Finding and actually catching a big trout like we'd all read about was like unearthing a secret average folk weren't supposed to know. We had found one of those secrets during the coldest of northers, deep in mysterious holes such as Offatt's Bayou and other deeper basins.

At the time, all we really knew during winter was to go deep and slow on the most brutal of days with either a 51-Series MirrOlure or a Kelly Wiggler on a 3/8 ounce jighead. We did know, however, that there was a gentleman's pecking order in place, and much contrary to today's culture, you just didn't walk into areas where those who came before you had already laid claim. Finding your own spot was as obsessive as catching fish bigger than they were supposed to be and it became an insatiable quest. What we mainly learned was that there were many other ways and places to catch big fish in the winter, but that it took hours and hours of exploring and many days of taking risks of not catching a damn thing at all. But when you found it, it was your find, and this added greatly to the gratification that would be derived from catching. (It's a little easier these days with the internet and other sources.)

We already knew that fish went deep when it got really cold, but we eventually learned that they went extremely shallow as well soon after the big blow was over shallower even than we ever dreamed could be productive. We actually learned some of that by running in a foot of water one night with a spotlight right after a big freeze. We shockingly found both trout and reds stacked thick on a sandbar, tight to the bank. It went against everything we'd ever read (which is why we shouldn't ever read too much, even this little piece). That particular naked bank, warmed by the sun all day, would radiate heat back into the water and make a great place for fish to hunker down and be comfortable. We have found many similar areas since, and most are next to long expanses of "heat exchanger" types of banks with deep water nearby. Look for similar areas on those frigid blue-bird days and expect to find fish and not people. Google Earth rocks for exploration purposes.

We also figured out (in part from that same nocturnal experience), that "mud bottoms only" were a sportswriter's myth and in no way the only dance floors to host big winter fish. Watch for bait on warming hard banks and let the other guys get their booties sucked from their feet in knee-deep mud. I'm pretty much done with that as there are so many other options.

Other prime shallow areas for the trophy room became typical marsh drains in the afternoons. As the sun would quickly warm shallow backwater areas, when the tide started out it would bring water several degrees warmer than the average bay temperature through the drain. Big fish would put their noses into it and stack up there as well, sometimes in water barely covering your booties. Some of these areas can be so shallow it takes a topwater or floating Corky to keep a retrieve off the bottom. Guess what, there will probably be nobody else there either except you and your best fishing partner. It is highly unlikely you will have to fight boat traffic to partake.

We also discovered that even in deeper water, trout become acclimated to cold quite easily, and as soon as they do, it's game on as usual. The standard advice of "when you think you're fishing slow-slow it down some more" is only applicable for the worst of temperature drops or for those who read too much. As soon as the air becomes warmer than the water, fish will often rise to that energy and chase baits as fast as you can pull them. Slow your retrieve down too much and you'll be under them and go fishless.

We also made the wonderful discovery that topwaters can and will work even with ice in your rod guides. Again, especially in late winter, trout become highly acclimated to the cold and it can take a lot to push them down. Let your bait activity tell you much, and if it's on the surface, your presentation should be there as well.

We also learned, thankfully from the wonderful advancements of technology, that we don't ever have to be uncomfortable in the water again. Yellow doesn't work, neither does rubber nor cotton. What does work is breathable materials, both inside and out. Breathable waders worn over thin waderwicktm types of linings, overshot with a quality, lightweight breathable jacket, will keep us near living room comfort during the worst of it. Although there are other comparable products, if you are serious, investing in Simms gear might even get you a ticket into some of those higher pecking order line-ups. Buy them once, especially given the warranty, and you're done. We just don't have to suffer any more.

Winter, in my opinion, is the most awesome time to fish the Texas coast. Its fury either drives fish down or flushes them out, but both situations are fairy easy to pattern if you enjoy treasure hunting. There are so many different ways to find your personal best fish, and even in this populous world, many of those places you can have to yourself if you are willing to put the right effort into it. After this brutal summer I'm sure ready for some cold, and I'm sure excited to get those waders on again and go exploring for even more of what we don't know. "They" will be there and you don't have to be a member of the salty elite to catch them, you just have to want it.