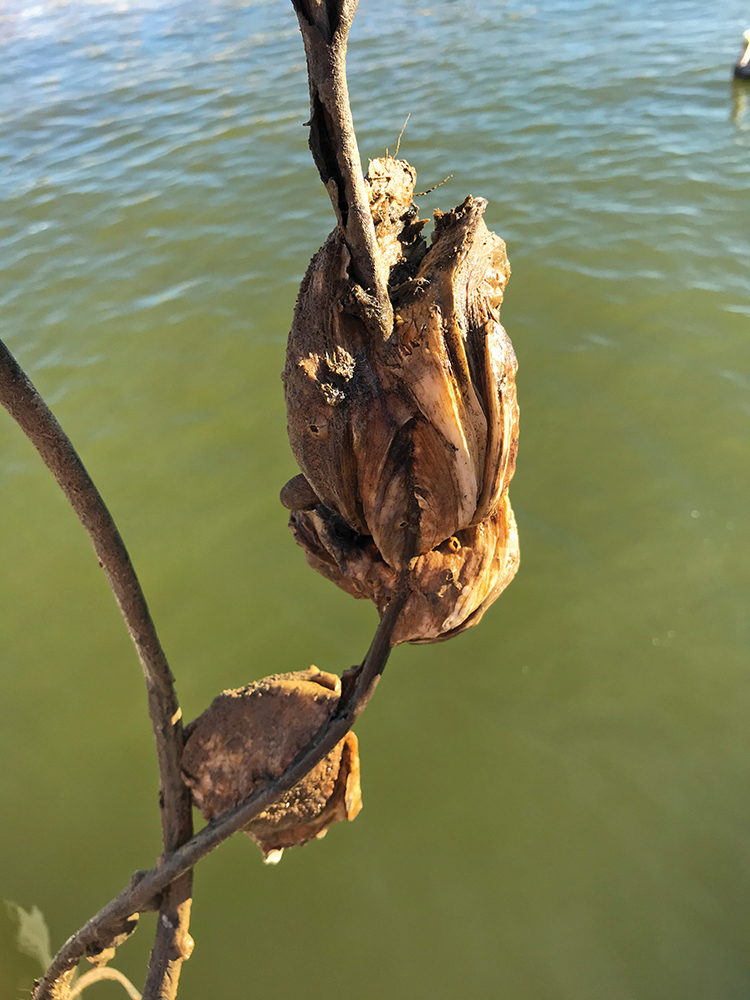 A couple of clichés are running through my head; “Man, It seems like yesterday” and, “I can’t believe the year is over already.”  Well, truth be told, I really can’t believe twelve months have passed so quickly.  The past year definitely had its highs and lows but, overall, we made it work and we learned a few things along the way.

January and February offered some of the best big trout fishing I’ve experienced in a long time. I ran the majority of my trips down in Matagorda Bay but sprinkled in some Galveston trips during that time as well, and we did very well for numbers of fish. MirrOlure She Dogs and Rapala Skitter Walks did well with two of my 8-plus pound trout coming on pink Skitter Walks.  Many trout in the 5- to 7-pound range were caught on MirrOlure Provokers and Paul Brown Original Fat Boys.  The floating Fat Boys were extremely effective, especially the pink holograph. The Double D twitchbait by Lowell Odem and Jay Watkins had its moments too, especially when we were working shallow mud flats with bright sunlight.  My good friend Bob Hardy was wading along a muddy-bottomed gut with me one day in early January when he hooked a huge trout on his Borboleta Hot Rod slow-sinking twitch bait. This bait has some serious upside potential when it comes to big trout.  We focused on color changes and flipping mullet that chilly winter afternoon while releasing several 5- to 8-pound trout.

By mid-March I was back to fishing my home waters of Galveston Bay every day. The timing seemed to be perfect as the bite in Matagorda had become a bit inconsistent and we were lighting them up pretty good here at home. Above average trout fishing would continue through the first week of April with my groups catching upwards of 40 fish on many trips. A few were in the 3- to 4-pound class but nothing big made an appearance. Various soft plastics, Lele’s and topwaters worked well during this time.

What appeared to be the onset of an incredible spring was literally drowned by exceptionally heavy rainfall in East Texas and the Dallas area. The Trinity River was flowing furiously like we’ve seen so many times in recent years. As a result, the Lake Livingston dam was once again releasing fresh water at the rate of nearly 80,000 cubic feet per second. This has become an all too familiar problem. Not only did this destroy the fishing in Trinity Bay, but the freshwater inflow inundated more than 70% of the Galveston Bay Complex. I believe that a lot of our trout went into the Gulf but quite a few of them took up residence in Lower Galveston Bay and West Galveston Bay where salinities remained more suitable to their needs. By late April and early May these are the areas we had to spend time in if we wanted to catch enough to justify our efforts.

By mid-June most parts of Galveston Bay, other than Trinity, started experiencing increased salinity levels. This allowed us to spread out a little more. The problem was that the trout weren’t in all of their usual summertime spots. I was fortunate enough to have 2 or 3 patches of fish I could lean on.  The trout didn’t seem to pop slicks like they have historically. Therefore, we were relegated to fishing shallow reefs and jetty-like structures while keying on rafts of mullet and pods of shad. It wasn’t what we were used to doing but it got the job done and I learned a little something new. I probably anchored more than I have in years past but schools were small and tight to the structure and we had to weed through the small trout to get our keepers. Tails and topwaters both worked great during this time. This pattern continued all of the way through September and into early October.

The fall and early winter was very promising. We caught large numbers of keeper trout up to 5-pounds, and lots of 9- to 14-inch specks, which always bodes well for the future of the fishery. More and more slot reds showed towards the end of the year. I frequently speak with some of the guides who have been doing this guiding thing a lot longer than me and they experienced the same thing. We share theories and try to figure out where these fish came from, why they’re in some areas and why they’re not in other areas where they should be. I think a lot of it has to do with environmentally induced habitat changes. There are areas that used to have shoal grass but no longer do, and vice versa. The same can be said for live oyster reefs. Trout, reds and other species are always going to gravitate to live bottom structure because these are the areas that hold the greatest amount of forage, on average. The bottom landscape of the Galveston Bay Complex has changed dramatically in the last 40 years or so.

Whether we were fishing in Matagorda or Galveston Bay we caught more flounder than I can remember. We weren’t necessarily targeting them but some of the areas where we caught them weren’t all that surprising. Anyone who knows how I fish knows that I like to fish around bayou drains, marshes and back lakes quite a bit, so finding flounder in these areas shouldn’t be all that surprising. Catching the sheer numbers of them, however, was kind of eye-popping. I remember one wading trip where we caught 14 flounder. My friend, James Plaag, caught 26 nice flounder wading a flat one day this past summer. My clients and I caught 7 flounder yesterday but most of them were just short of the minimum length.

One of the highlights of 2019 was the implementation of a five fish limit for spotted seatrout here on the Upper Texas Coast. As most folks know Mother Nature has wreaked havoc on our estuaries for the past 11 or 12 years in the form of habitat destruction, floods and droughts. Many of our trout became concentrated in certain areas and made for easy pickings. The floods from Hurricane Harvey in 2017 were responsible for the displacement of many trout from this system. I can go on and on but the bottom line is this - when environmental changes cause a decline in the most popular and targeted species of fish on the coast…something has to give. It comes down to us controlling what we can control and we’re finally heading in the right direction.

To summarize things, I would compare 2019 in Galveston Bay to the 2011 – 2014 Houston Astros when their farm system was strong and they were in a rebuilding mode. They won the World Series in 2017 after years of changes and sacrifices. With the numbers of new recruits (undersize fish), along with the recent reduction in the bag limit, I think we have a shot at winning it all in years to come. Barring, of course, any further weather catastrophes and environmental changes.

Happy New Year and may everyone be blessed with plenty of fish in 2020.  God Bless!