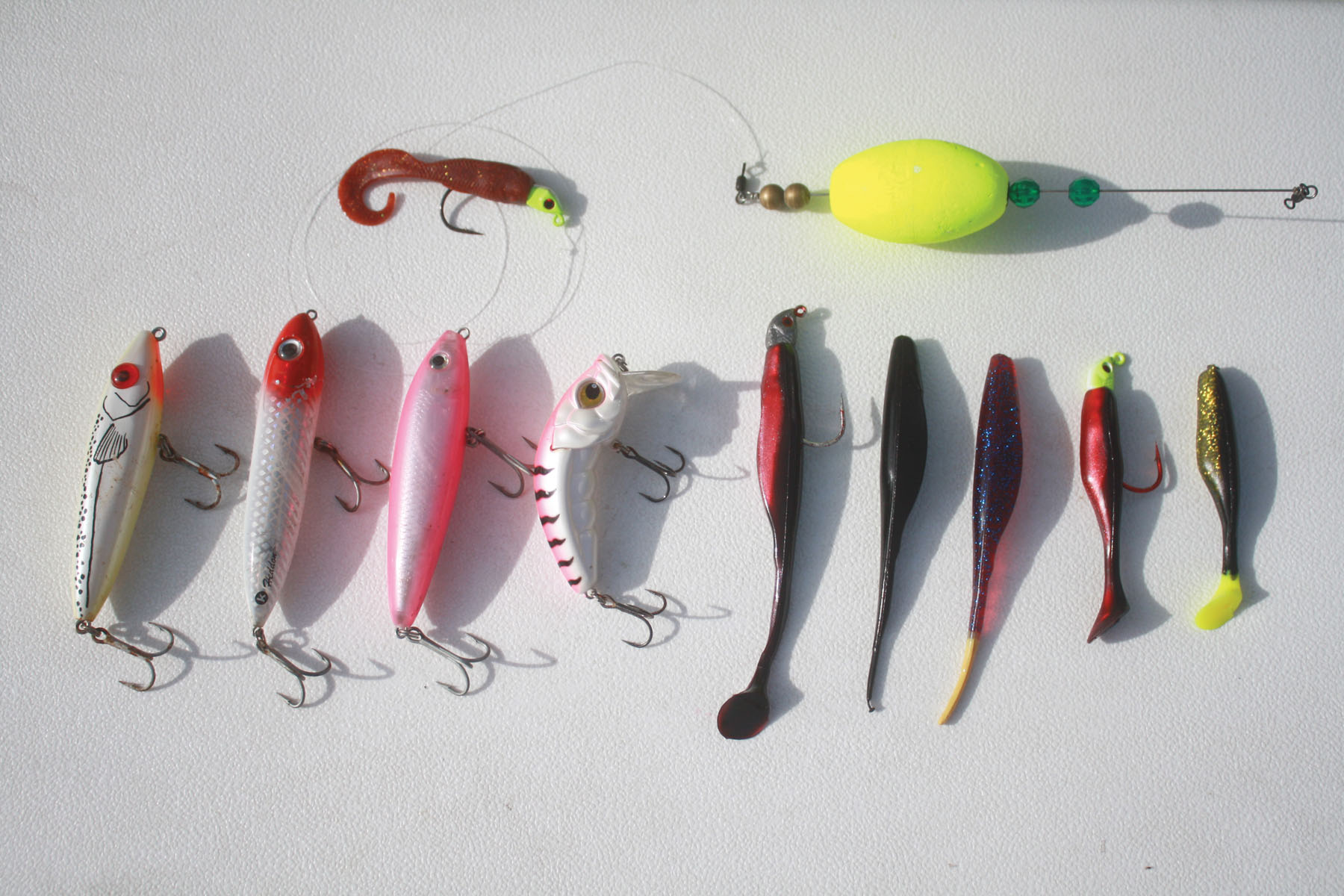 During that same period, Upper Coast anglers experienced some of the best fishing we've seen in a long while. Trout in Galveston Bay's vast complex became heavily concentrated in the lowest salinity areas they could find. Salinity readings at the mouth of the Trinity River were in the 30-plus parts per thousand (PPT) range and the water looked like the Bahamas. It was pretty to look at and everyone was happy catching tons of trout. Meanwhile, organisms such as Dermocystdium, sponges and oyster drills that thrive in higher salinity feasted on many of the live oyster reefs along the Texas Coast. Shad and shrimp suffered. Juvenile gamefish such as spotted seatrout struggled to find the low salinity habitat they thrive in. But hey, fishing was great!

Fast forward to 2015. El Nio is being blamed for record amounts of rainfall. Flash floods, some catastrophic, wreaked havoc across Texas. It's late June as I type and the discharge at the Lake Livingston Dam is 35,000 cubic feet per second (Trinity River Authority/USGS). This is actually half the amount being discharged a few weeks ago. In addition to fresh water flowing into the bay from the Trinity, above normal flow from the San Jacinto River has impacted Galveston Bay more than it has in many years. Typically, we don't see nearly as much fresh water inflow from the San Jacinto because of significant industrial and residential surface water demand from Lake Houston and Lake Conroe. However, this year has been an exception. Above normal river flows, heavy local rainfall events and dozens of tributaries throughout the watershed basins have lowered bay-wide salinities more than we've seen in years, and for a longer period of time.

Salinity readings in Trinity Bay are currently less than 1 PPT. Upper Galveston Bay salinities are running less than 2 PPT. Speckled trout start heading the opposite direction when the salinity drops lower than 10 PPT. When this happens, trout become heavily concentrated in areas of the highest salinity they can find. A clustering effect takes place similar to what happens during drought years, except in reverse. Remember the old cliche - "It's like shooting fish in a barrel." Boats become stacked like cordwood in the same few areas for long periods of time. Everyone is catching lots of trout. That's great news right? But, will the short-term gain result in long-term pain?

I've touched on the value of habitat in our bay systems in past articles. In most Lower Coast areas it is shoal grass that helps create and hosts the base of the food chain. In Upper Coast bays oysters are the lifeblood. Prolonged periods of excessive freshwater like we've seen this year is devastating to live oyster reefs. No one knows for sure how many beds have been killed so far, but it's a safe bet that it is substantial. On a positive note, predators and parasites that are known for decimating live reefs are not tolerant of the low salinities so when new oysters grow on the remaining substrate (oysters that have been killed by fresh water) they usually come back stronger than ever. It may take a couple of years. We witnessed this following Hurricane Alicia in 1983 and two years after Tropical Storm Allison which inundated our bay system in 2001. In addition to the long-term benefit to reefs, marsh and upstream water quality improves for forage species and juvenile gamefish species.

In the meantime, how do we trick trout in this dirty water?

When evaluating which of the three senses a trout uses the most it has always been my belief based on experience that vibration (sound) is at or near the top of the list. We have proven this time and again with the use of Saltwater Assassin paddletail-type baits such as their 4 and 5 inch Sea Shad. Many soft plastic manufacturers have followed suit in recent years and are now offering shadtail-style baits and various other paddletail swimbaits in addition to their traditional rat-tail plastics. Loud topwaters such as MirroLure She Dogs, Rapala Skitter Walks and Heddon's One Knocker Spooks have all proven very effective in dirty water conditions. A wake bait like Strike Pro's Hunchback can stir up some violent strikes in muddy water as well. The Hunchback creates a ruckus just beneath the surface like nothing I've ever seen. Some folks think that they're only for shallow water fishing especially when targeting redfish. While this is indeed a fantastic choice for the back lakes, we've caught plenty of nice trout in deep water on them. My team won the 2013 Tails and Tunes tournament chunking Hunchbacks in nine feet of water on a day when big trout were playing hard to get. Rat-L-Traps can call in a dirty water trout or red with the best of them. I've always used them in deeper water, but my good friend Sean Gilstrap showed me something I'd never seen before when we fished the Galveston Redfish Series back in April. We were fishing a shallow flat in less than three feet of water and were not able to buy a bite on soft plastics or anything else, for that matter. It was obvious that the reds were there because we could see the wakes and mud boils. Sean was in the front of the boat digging through his bag of tricks. When I noticed what he had tied on his line I couldn't help but chuckle. I had never witnessed anyone throw a Rat-L-Trap under a cork. The cork was actually a 2.5 inch Comal peg float. I looked at him and said "I'll kiss your (butt) if you catch anything on that." Six reds laterguess what I was throwing?

To clarify, I'm not saying that trout always rely most heavily on sound but I do believe that it plays a larger role in certain conditions. It has been written many times how dark-colored soft plastics work better in cloudy water and low light because of the contrast. This seems true for the most part. And, it's no secret that Berkley GULP! under a rattle cork can catch fish in stained water. Just take a look in most of the rod holders of all of those rocketship redfish boats on tourney day.

In speaking with geneticist Joel Anderson at the Texas Parks and Wildlife Perry R. Bass Science Lab in Palacios he said that to his knowledge there have never been any studies conducted to determine a spotted seatrout's order of feeding based upon their senses. His summation was "they likely rely on all of their senses when foraging, and process information from multiple sensory sources simultaneously when they are locating prey. The importance of each of those senses would also change with changes in turbidity and the amount of light available. A 1996 lab study on the closely related weakfish (same genus as spotted seatrout) suggested that the efficiency of predation was low in complete darkness, suggesting that non-visual strategies were not as efficient as visual strategies for foraging. I would say this makes the case for visual attraction being towards the top of the list." The information that Joel shared didn't exactly lead me to believe that my "Vibration is King" theory didn't hold water, but it might have made it spring a small leak.

Mother Nature will always have a profound effect on our environment. She controls our fisheries. However, we affect them. My word of advice to all fellow fishermen is to keep this question in the back of your mind; "While my buddies and I are catching trout on every drift in the 30% of the bay we're fishing, what's going on in the other 70%?" How many trout will be left to swim back to that other 70% when the salinity returns to normal? Oh, and give that Rat-L-Trap trick a try. It's pretty cool!