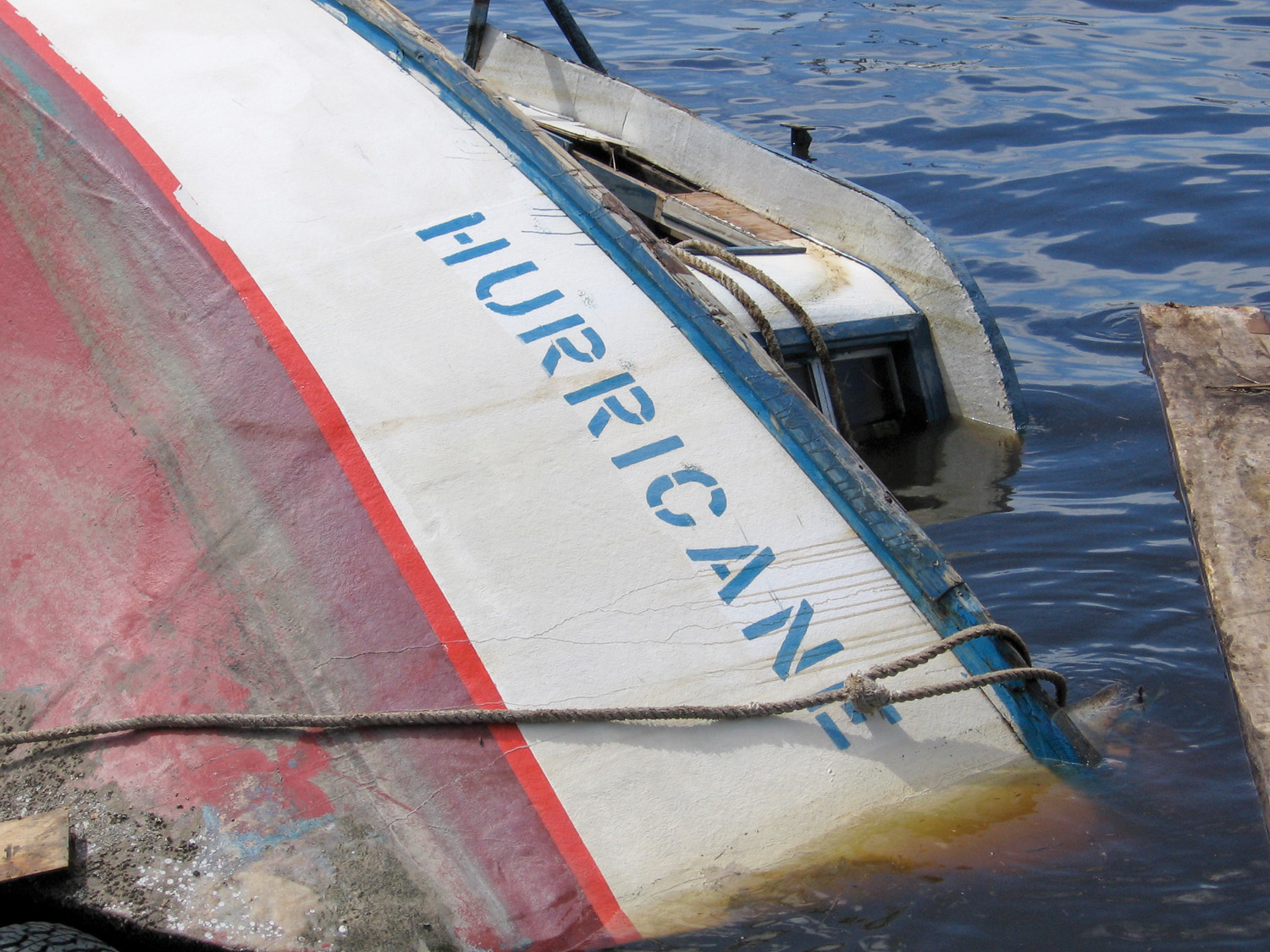 The epitome of irony!

By the time this issue hits newsstands it will have been nearly a month since Hurricane Harvey made landfall on the Coastal Bend region of Texas.As I type, the outer bands of this Category-4 hurricane are dumping heavy rains here on the Upper Texas Coast and fresh water is less than 20 feet from my front door. Rainfall amounts are unprecedented, totaling 25-inches or more in less than 24 hours. And more on the way! Rockport, Fulton, Port Aransas and nearby areas have sustained enormous damage and our prayers are with them. In addition to extreme wind damage, they have experienced several months’ worth of rainfall in mere hours.

In all honesty, it’s very difficult for me to focus on writing this piece right now. My mind is occupied with friends and family members who haven’t been as fortunate as us (so far). This storm materialized faster than any I can remember. When I left the dock on the morning of August 24 it was a tropical storm.While we were fishing it became a Category-1 hurricane and progressed into Category-4 within 24 hours. Harvey went from a tropical depression to a full-blown Category 4 in 56 hours!

The last Category-4 hurricane to hit the Texas coast was Hurricane Carla which made landfall near Port O’Connor on September 11, 1961.Storm surges reaching 22-feet were reported in Lavaca Bay. Unlike Harvey, Carla was a storm surge and wind event. If I had to choose between a turbulent storm surge hurricane and one that produced heavy amounts of rain then I would choose the later. We saw what Hurricane Ike (surge and wind) did to our bay system. After years of subsidence, erosion, channel dredging, etc., thousands of acres of habitat were covered in layers of silt. Freshwater inundation (Harvey) will do far less damage to existing substrate and may even provide long-term benefits.

It will be a while before coastal anglers from Rockport to Sabine can focus on fishing again. Excessive fresh water will move our fish to unseasonable locations and in some cases even out of our bays as trout and other species seek higher salinities. Siltation and freshwater will have an initial ill effect on habitats such as seagrasses and oyster reefs. I worry about how many days or weeks those of us who fish for a living will not be able to run charters and how we’ll survive if we’re not behind the wheel of our boats.Even more so, I worry about those who lost most everything.Again, our prayers are with all of them.

I remember having to fish mainly Matagorda Bay after Hurricane Ike because of concerns with pollution and debris here in the Galveston Bay System. Fishing was great but it was difficult for me personally because of the hardships everyone affected by the hurricane were facing. I foresee the same thing happening this go-round.We find ways to make do but the hardships faced by others tugs at our emotions.

I’ve received calls concerning the effects Hurricane Harvey will have on our fishing. At the time of this writing it’s difficult for me to speculate because I do not know what the next several days have in store for us. All I can do is rely upon past experiences. The last heavy rainfall event of this magnitude on the Upper Coast was Tropical Storm Allison in June 2001. There have been other exceptional rainfall events in the past such as Tropical Storm Claudette in 1979 but flooding was more localized. Hurricane Harvey could very well go down in the books as the most widespread heavy rainfall event in Texas history before it’s all said and done. This one is like no other but all is not lost. I truly believe that Mother Nature knows what she’s doing.

While events like Hurricane Harvey are devastating in the short term, most of the time there are benefits down the road. The flushing of microscopic forage provides nutrients for menhaden, shrimp, crabs, mullet, etc., which in turn provide forage for higher forms of marine life up the chain including speckled trout and redfish. In addition, flooded vegetation enhances survival of post-larval and juvenile gamefish species by providing additional cover in areas that would otherwise be inaccessible. The reduction of salinity levels also reduces predators such as Dermo (Perkinsus marinus), oyster drills and sponges which kill live oysters. Assuming the existing substrate didn’t get covered by silt, live reefs typically flourish within 18- to 24-months. The benthic landscape of Middle Coast bays may be impacted in other ways such as mortality of seagrass beds due to prolonged low salinity, uprooting and siltation, but they will eventually recover. I remember when Tropical Storm Hermine devastated vast expanses of shoal grass in the Lower Laguna Madre in 2010. The combination of uprooting and freshwater inundation left them with thousands of acres of habitat destruction. Within a year, however, regrowth commenced and all was eventually restored to normal over time.

Because of the timing of this piece (August 26, 2017) it’s anyone’s guess what to expect in the weeks to come for the Middle and Upper Texas Coast. Based upon history, my guess is we will have a flurry of bird action in the short-term once the bays settle a bit. This will come as the result of forage species being prematurely flushed from rivers, bayous and marshes. However, it will be a while before most areas are fishable. I remember fishing 12 days after Ike and there were birds working in just about every part of our bay system. The distinct difference between Ike and Harvey is that Ike was more of a storm surge event as opposed to excessive rainfall.

Tropical Storm Allison may offer a better comparison of what to expect after Harvey. I remember fishing being good in the lower reaches of Galveston Bay and West Bay after Allison. It took 3- to 4-weeks for salinities to stabilize and for the bay to return to somewhat normal. However, the effects from freshwater run-off from Harvey may be felt for much longer and over a much larger area. Harvey didn’t just show up, cause trouble, and then leave. The fact that it was wedged between two high pressure systems caused it to basically camp out over a stretch of coastline and inland areas while dumping rainfall amounts of catastrophic proportions.

Rest assured, things will get back to normal at some point but I don’t think we’ll forget this one for a very long time. My prayer is that our estuaries benefit from this natural disaster more than they suffer and that we can all eventually continue enjoying what we love for years to come.

On a final note, I want to say how very proud I am to be a member of the Texas Coastal community. The unselfish outpouring of individuals helping complete strangers while even sometimes putting themselves in danger is truly uplifting. God bless all who have been impacted by this unfortunate natural disaster and heartfelt prayers for a speedy recovery.