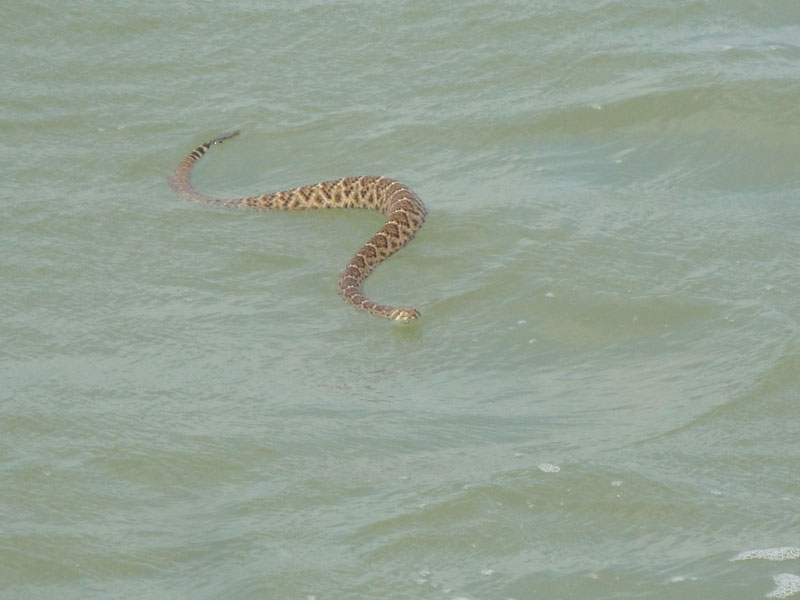 “Hey Captain Steve, this wasn’t in the brochure!”
Sunrises on the eastern horizon are a sight to behold. The early morning musty smell of the marsh brings me back to my duck hunting days. A small group of teal buzzing overhead kind of sets the tone on a fall morning as we're wading a secluded shoreline. Roseate spoonbills delicately wading along the marsh's edge sweeping their spatula-shaped beaks side to side are pretty cool to watch. Sometimes the adventure starts before the first cast is ever made. Fishing is fun and catching is even better, but as my Cajun friends would say, everything that happens in between is lagniappe (pronounced lan-yap). Lagniappe is something extra; a bit of a bonus, if you will.

"Hey guys, let's hurry and get your limits so we can head back to the dock!"

These words have never come from my mouth and I assure you they never will. To me, fishing is about soaking up everything that God has blessed us with. I have no problem with guys demanding to catch their limits then immediately wanting to head for the dock, so long as they're not on my boat. To each his own I guess. Other guides jab at me (jokingly) for being the last boat in most of the time. Sometimes I tell them that we had our limits of trout early then went searching for big trout or schools of redfish. Or, we may have just caught and released more trout so everyone could experience the thrill of the fight. Sometimes I just smile and say nothing.

On a recent trip one of my clients was struggling with the catching part because he was using a rod that wasn't quite sensitive enough to feel the subtle trout bite that day. The guy standing beside him handed him the Waterloo HP Lite he was using and he started hooking up immediately. We ended up staying a little longer so he could partake in the fun. Needless to say, he is now the proud owner of a brand new Waterloo.

My reasons for stretching out a trip are many and I believe they're all good. I love to eat trout as much as anyone, but we don't do it for the food. If that were the case I would schedule all my trips at noon and we could just eat lunch at Topwater Grill and go home. To me, it's about gaining a well-rounded experience and making the most of a day on the water. In addition, some folks only get to fish once or twice a year, so two hours of fishing would be cheating them. Having an appreciation for our fishery and learning how to trick trout is what fishing is all about in my mind.

There are periods when the trout aren't cooperative for any number of reasons and the first few hours may be spent covering different areas of the bay looking for signs. Some pretty neat things can be observed along the way. A father and his young son were fishing with me several years ago on a morning when the bite was kind of slow. Drifting long stretches of shoreline in an area where I'd had recent success was the only thing I knew to do. I could tell that the youngster was teetering on the edge of boredom when he yelled "Daddy, I've got a huge fish!" Initially, I thought it was a jack crevalle. Then I just knew it was a giant black drum. About 10 minutes into the fight I was convinced it was a stingray. That poor little boy's arms were about to fall off by the time he landed one of the biggest sea turtles I've ever seen! I never knew that limetreuse Bass Assassins were part of a sea turtle's diet. For the record, the turtle swam away unharmed, probably wondering what in the world just happened to him.

On a brisk winter morning I was wading with three clients in Trinity Bay when a group of about 30 wild pigs walked into the water less than 100 yards away. There was a big trout tourney the following weekend. I remember joking with my tournament partner back then telling him that there were a lot of pigs on the north shoreline of Trinity. He was excited to hear the news until I gave him a clearer definition of pigs. Another time there was a bobcat walking along the shoreline while we were wading. I had David Couch of Chupacabra Outdoors with me that morning and he tried to convince everyone that it was a chupacabra. He later put the blurry photo on his website (thechupacabraoutdoors.com) to silence all the naysayers. After all, once it's on the internet it's true, right?

Then there was the time I got into the boat after a long morning wade and trolled over to pick up my two customers. As I was getting close to them I strongly advised them to hurry into my boat. "What's the hurry?" they asked. Once they were in the fiberglass I pointed to the 5 foot rattlesnake that also wanted to get in the boat. Maybe not the kind of lagniappe we're looking for, exciting none-the-less.

There aren't many things more exhilarating than attempting to net a trout on a calm and peaceful morning than having an 8-foot bull shark do its best impression of Jaws at the side of the boat. It's like an atomic bomb exploding. By the way, we've seen tons of sharks this year. Their numbers seem to be increasing every year. They're somewhat of nuisance at times, but exciting to watch, especially for kids.

From sea turtles, sharks, bottlenose dolphins, rattlesnakes to waterspouts – the adventure never ends. And let's not forget about our topwaters getting blown two feet out of the water on a big trout's first swipe, then finally hooking up on the third or fourth explosion. The bonus is when she gives you two or three good tarpon jumps before coming to hand. It's all part of the show.

Sometimes the fishing has little to do with fishing. A young man from Idaho booked a two-day fly fishing trip with me in March of 2006 and brought his father. I had never done much saltwater fly fishing so I leaned on a couple of experts for some direction. I spent some time with the late Chris Phillips up at Fishing Tackle Unlimited and made a call or two to Scott Sommerlatte. The information I gained from them was more than enough to increase our chances for success.

Day one was spent wading coves in West Bay amidst typical stiff March winds. The bite was tough on flies, but the trout and reds were cooperative (for me) on conventional tackle. Kurt and his dad kept their distance from me despite me waving them in my direction. They caught a few undersized trout on seaducers, clouser minnows and spoon flies. They seemed to be happy despite not catching a bunch of fish. The wind gave us a break on the second day and the fishing was much better. Once again, however, they wouldn't wade over when I was on fish. They caught some, but I was a bit perplexed and maybe even a little disappointed that they pretty much hung out away from me in their own little world.

I pulled up to the dock at Teakwood Marina and Kurt's father was a little tired so he headed for the truck. Kurt handed me my check and said, "Captain Steve, I know that me and my dad could've caught more fish had we spent more time by your side or used conventional gear, but you need to know something. My dad has terminal cancer and the doctors give him only a couple of months to live. He started taking me fly fishing when I was a little boy and those memories are the ones I cherish the most. We got to relive some of those memories the past two days and I thank you. This may be the last time I get to fish with my dad."

As Kurt walked towards his truck tears flowed from my eyes. I drove home thinking about how blessed I was. Theodor Seuss Geisel, known by most as Dr. Seuss, once said, "Don't cry because it's over. Smile because it happened." You see, the fishing part is fun, but everything that happens during the process can change your life. I know it has mine.