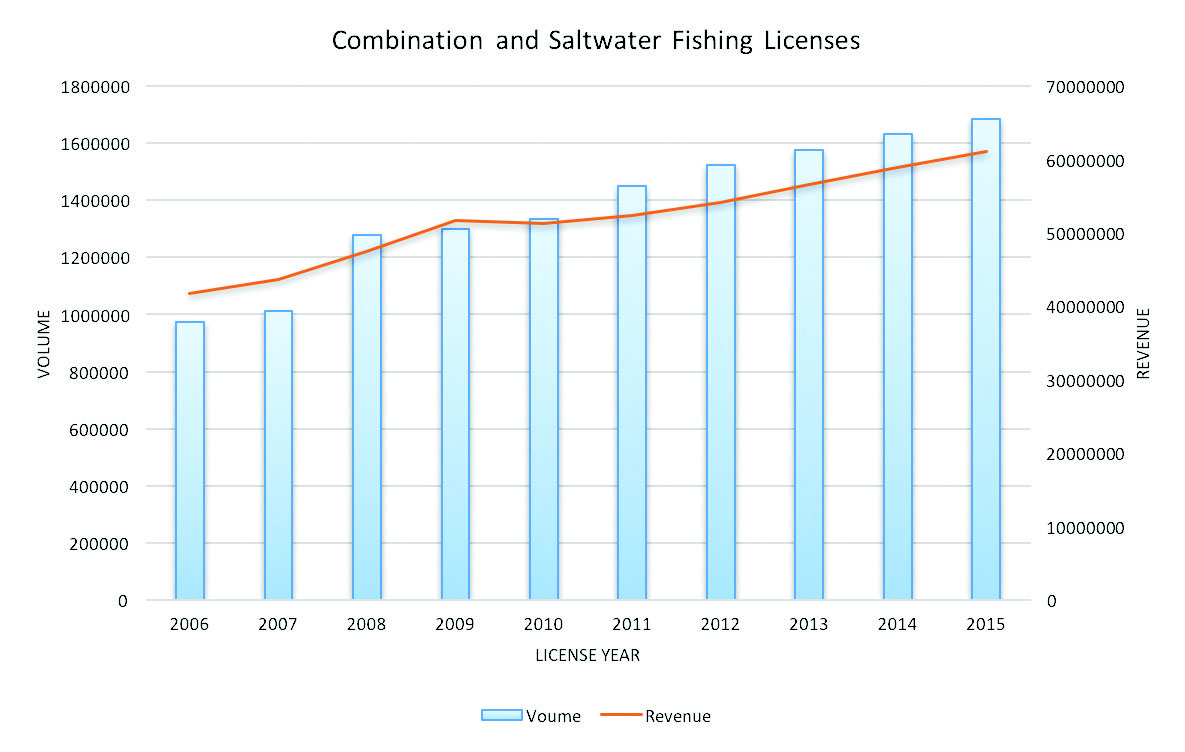 As a young teenager, I mainly fished areas that weren't far from the boat ramps from where I launched. The main reason was because my boat was small and it was safer to stay close to home. Quite honestly, the other reason was because I didn't know many other areas and good marine electronics were not readily available. Fishing small visible reefs, piers and grassy shorelines were the norm. I didn't care much about catching limits back then. Catching a few trout or reds was easily enough to satisfy me. Sometimes I caught more than a few and many times I caught nothing. Regardless, I had a great time doing it and learned a lot even if some days were spent basically getting in more casting practice.

As an older teenager, I was fortunate enough to have access to larger boats and a few mentors to help me navigate new waters and learn new techniques. With time my awareness and skill level increased. The result was higher numbers of fish caught. No longer would I pass up a small slick or drive by a gas well on my way to a shoreline without looking for rafts of mullet or other useful signs. Lure and color choices became second nature.

Over time I felt it was necessary to travel great distances in pursuit of greater numbers. I knew I was driving past fish that would've been enough, but I wanted more. When I started guiding I probably had a little bit of a chip on my shoulder and wanted to show the world that I could catch limits like some of those who came before me. I recall a trip where my clients were two trout shy of their limits and we fished for at least another hour so they could "finish up." I look back and realize just how ridiculous that was. Twenty-eight trout was plenty and two more trout wasn't going to change anyone's life one iota. It wasn't the fact that we caught limits that was absurd, but because I felt like we HAD to do so. Nowadays, the word "limit" has a different meaning to me. There are many really cool things we experience on a daily basis which have nothing to do with filling a cooler.

Limits are in place to help manage the resource but catching a "limit" of trout seems to have become the barometer by which success is measured among fellow anglers and maybe even more so, guides. "Did you guys limit out?" This is a question I get asked almost weekly as spectators hover around the cleaning table. When I answer with a "no" they seem to be disappointed. I guess this is where we're at these days. If the limit on speckled trout were 3 per person then everyone would boast about catching 9 trout (for 3 clients) and so on and so forth. I'm here to tell you that if catching a limit of something or killing a limit of something is how you measure success then you are participating in the sport for the wrong reasons. I've been guilty of it. Most of us have, but we must mature as anglers and start realizing that there is a difference between fishing and grocery shopping.

I personally don't think there is anything wrong with keeping a limit of trout, redfish, flounder or any other regulated species if enough research has been conducted to ensure said limits have been defined within a matrix that ensures sustainability. The operative word here is "regulated." Regulate means to control or supervise. In our case, the Texas Parks and Wildlife Department's Coastal Fisheries Division bears this responsibility. Their regulations are based upon data collected through various monitoring programs such as angler creel surveys, gill net catch rates and bag seine collections. TPWD Coastal Fisheries management strategies are designed to sustain fisheries harvest at levels necessary to ensure replenishable stocks of important species and provide balance within our marine ecosystems. In other words, a 10 trout limit or a 3 redfish limit isn't a number plucked from the sky.

However, we as fishermen especially those of us who are on the water almost every day, have our own observations and sometimes they do not necessarily match the scientific data available. For instance, I can remember summers where we could catch decent quantities of trout on almost every oyster reef in East Galveston Bay. Now, there seems to be fewer schools and they're concentrated on only two or three reefs. The same holds true for winters in West Galveston Bay. Instead of three or four productive months it's been narrowed to only a few weeks. I'm fully aware that there are multiple factors which influence our chances for success such as wind, salinity, forage species and available habitat. Another variable to consider is fishing pressure. The number of fishing guides and recreational fishermen coastwide has increased dramatically over the past ten years. In 2006 there were 929 saltwater guides licenses purchased compared to 1,166 in 2015 (TPWD). During the same period of time the number of recreational saltwater licenses sold rose from 460,241 to 1,026,861 (TPWD). In addition, combination licenses which include hunting, saltwater and all-water fishing increased from 484,833 to 630,960 (TPWD). It's safe to assume that most all-water licensees intend to fish saltwater. Otherwise they likely would just purchase freshwater only licenses.

That being said, when all of the elements that should provide success are aligned and the results are still not satisfactory, there could be reason for concern. We still catch good numbers of trout most days just not where we used to catch them and sometimes we have to work a little harder. Is this because we have fewer trout or has the habitat and bottom structure changed so much that our fish have moved to other neighborhoods? Should a five trout limit once again be discussed for the Upper Texas Coast or are we fine? These questions occupy my brain quite often.

I recently presented some of these questions to Lance Robinson who is the Deputy Director / Management Resources Manager of TPWD Coastal Fisheries. "We aren't proposing any changes to trout regulations at this time. There appears to be growing interest from some anglers to begin looking at a state-wide 5 fish bag limit for spotted seatrout. Populations still look pretty good based on our sampling. In fact, our 2015 spring gill net sampling resulted in the highest catch rates ever recorded over the 30+ years that we've been conducting these surveys. Corpus Christi Bay and East Matagorda Bay gill net samples had a spotted seatrout in every net set. Coastwide, 91% of the nets set had at least one trout in the gear. The upper coast numbers are a little higher than the mid-coast but lower than the lower coast (Corpus Christi Bay & Upper Laguna Madre) and the Lower Laguna Madre. Recruitment levels were the third highest ever recorded."

Some days I can see how these findings seem accurate while others cause me to speculate. I do not doubt TPWD Coastal Fisheries data. I happen to think we have the best program on the Gulf Coast especially regarding oyster reef restoration programs and how they involve all stakeholders during the decision making process. Since the devastation to wild oyster reefs from Hurricane Ike when we lost more than 12,000 acres they have aggressively been restoring reefs using primarily 2 to 4 inch river rock through funding from numerous sources, not to mention reproductive biology research and restocking programs which help supplement natural populations.

Is our trout fishery in trouble? I personally don't think that it is, but it needs to be closely monitored especially by the fishermen who are making first-hand observations. Better technology and endless learning materials have made it much easier to catch fish. There are also more fishermen than ever. Combine these two facts and the result equals more trout harvested.

Would a 5 trout limit for the Upper Texas Coast be a smart move? I certainly don't think it would hurt. However, I have heard talk around the cleaning tables of anglers culling to keep their five largest trout if a limit reduction occurred. How many would be killed during the "culling" process? This would be a reason for concern unless someone could convince me otherwise.

In addition, there would be more guides running multiple trips per day. Regulations are sometimes necessary to offset the effects of Mother Nature as well as human impacts. I've always said that Mother Nature controls our fishery, but we affect it. Practicing good stewardship should always be paramount regardless of the state of the fishery. Let the larger females go and only keep what you need. Remember, you're setting an example for future generations. Just food for thought.