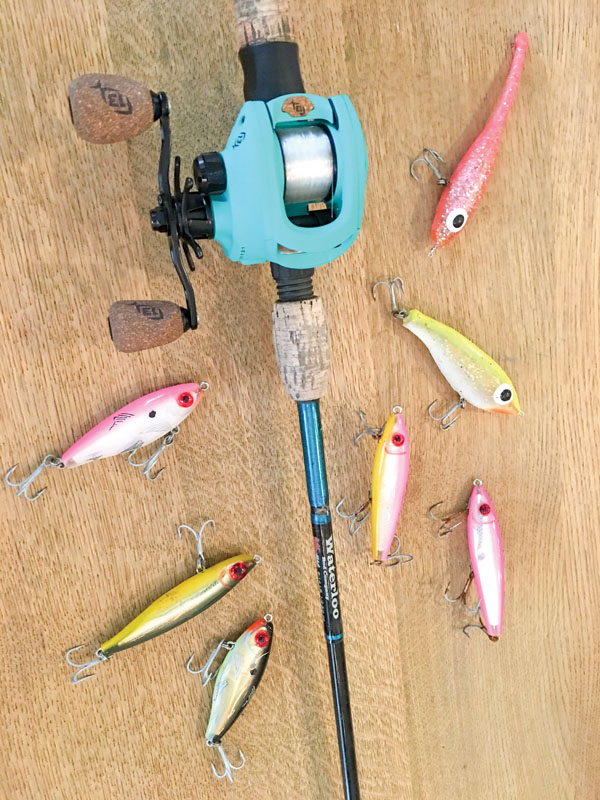 The forecast called for 20-mph wind from the northeast as a Pacific cold front pushed through the Upper Texas Coast. My clients understandably expressed concern when we spoke the afternoon before. I assured them that it would actually increase our chances for the area we would be fishing, and if ever I thought conditions would negatively impact the fishing to the degree that it wouldn't be worth the effort, I would recommend rescheduling.

It's my obligation to be 100% honest with clients. Furthermore, establishing a trust factor from the onset goes a long way. Our efforts were rewarded the next day as we drifted color changes over mud and scattered shell while catching all we wanted. The wind was our friend that day. As with most things in life we are always looking for ways to gain an advantage. Knowing how weather changes influence the area you choose to fish can provide you with the edge on days when others may decide to stay home.

To further explain, due to lower water temperatures, algae and plankton are greatly reduced in the water column during the winter months. This often results in air-clear water. Calm winds and super-clear water can make it tough sledding this time of year other than at first light or near dusk.

It's not unusual for calm days to be characterized by fewer bites and smaller trout, especially in higher salinity areas such as West Galveston Bay. The major areas within the Galveston Bay Complex run on a northeast/southwest axis so, enough wind from either of those directions blows parallel to the shorelines, sometimes creating muddy streaks in what would otherwise be clear water.

Off-color water warms more quickly by absorbing more sunlight because of the suspended clay particles and, also provides an ambush point for trout and reds along its edges. Fishing such streaks is one of the easiest ways to catch late-winter trout. Muddy streaks aren't always the result of wind, however, as swift currents can cause them as well. An ideal situation would involve the tide and wind moving in opposite directions. This scenario would enable the angler to cast with the wind while presenting the lure directly in front of the trout, creating a much more natural appearance as opposed to swimming the bait from behind the fish.

Some refer to them as guts while others call such areas troughs or undulations. Regardless, such bottom depressions are key focal points that demand attention during the colder months. The list of reasons for fishing such areas is long and varies with weather changes. On a recent trip after almost 14 inches of rain we found the areas that had been productive too fresh to have success. The water was rust-colored and had that musty freshwater smell to it. Hoping that higher salinities could be found in nearby deep guts, we headed that way. It was our only option given the circumstances.

Once we stuck the first trout I knew it was the correct decision. Our arrival coincided with a minor feed and a tide change, which didn't hurt our chances either. Working our MirrOlure Soft Shad paddletails low and slow in six feet of water did the trick as most of the trout and reds that had previously inhabited the surrounding flats found safety down deep. This particular area was actually where a barge channel had been dug back in the 60s. While it's mainly silted in over the last 50 years the depth was still significant enough to allow for the salt and fresh water to separate. The specific area along the old barge channel that was the most productive was where another gut intersected, forming a Y. These converging guts, for the most part, formed an underwater point which served as a staging area for trout to ambush bait.

The scenario described above included another element which aided in our decision to target such areas. It was two days after a strong front which caused water temperatures to plummet to 46 degrees. In addition, the sky was void of clouds and the barometric pressure was unsurprisingly extremely high (1,033 millibars). The deeper water afforded thermal protection near the bottom for trout and reds as well as the bait. We've all heard the phrase, "shooting fish in a barrel." And this was darn close.

While we tend to drift-fish quite a bit more here in Galveston Bay than our friends to the south, wading is still a great option when conditions are conducive. Again, I cannot stress enough how reliable targeting the low-lying areas can be this time of year.

A few years back we were wading an area lined with hard shell, cross-sectioned by deep washouts. The washouts between the small reefs were soft mud bottom and had been created by years of current. The water temperature was 48 and as the tide began to move it caused the water in the washouts to become off-color. Of the three or four washouts in the vicinity one had noticeably more flipping mullet than the others. We had been very careful not to walk too close to the edges for fear of spooking the trout. Once in position and armed with Paul Brown Originals and MirrOlure Catch 2000s, we methodically made casts up-current into the middle of the gut allowing the current to carry our baits toward the end of the gut which was shallower. To this day, I'm not sure if I've ever experienced more violent strikes on suspending plugs. We proceeded to catch between 25 and 30 trout with the smallest being around four pounds and the largest weighing right at 8 pounds. All but one of the smaller deeply hooked trout were released before we decided to give them a break and go search for smaller eating-sized fish.

Here's quick bullet list of simple ways to greatly increase your opportunities for catching more and hopefully bigger trout during the colder months:

- Target flats near guts during warm-up periods, especially late in the day.

- Spend time in areas where bait is present. Hint Sometimes pelicans, terns or gulls can see what you can't.

- Keep track of when tides and major and minor feeding periods will occur.

- Know the effects of wind, water temperature changes and salinity changes for the area you choose to fish and how the fish react to such changes.

- Learn the anatomy of the area in which you choose to fish. Google Earth is very useful.

- Bites are often very subtle especially during post-front conditions. Using sensitive and lightweight rods and reels will help you win the soft bite battle. A Concept A, C, E or TX reel rigged on a Waterloo UltraMag, HP Lite or Salinity rod will take your catching to a new level.

Like a sculptor chiseling away at a piece of marble, every scenario can be dissected into minute detail but I'm only allowed so many words. Hopefully the information I've shared will help you become a more successful winter angler. By knowing how to use the elements to your advantage and paying attention to detail you will be able to stay ahead of the curve. Good luck and make every cast count!