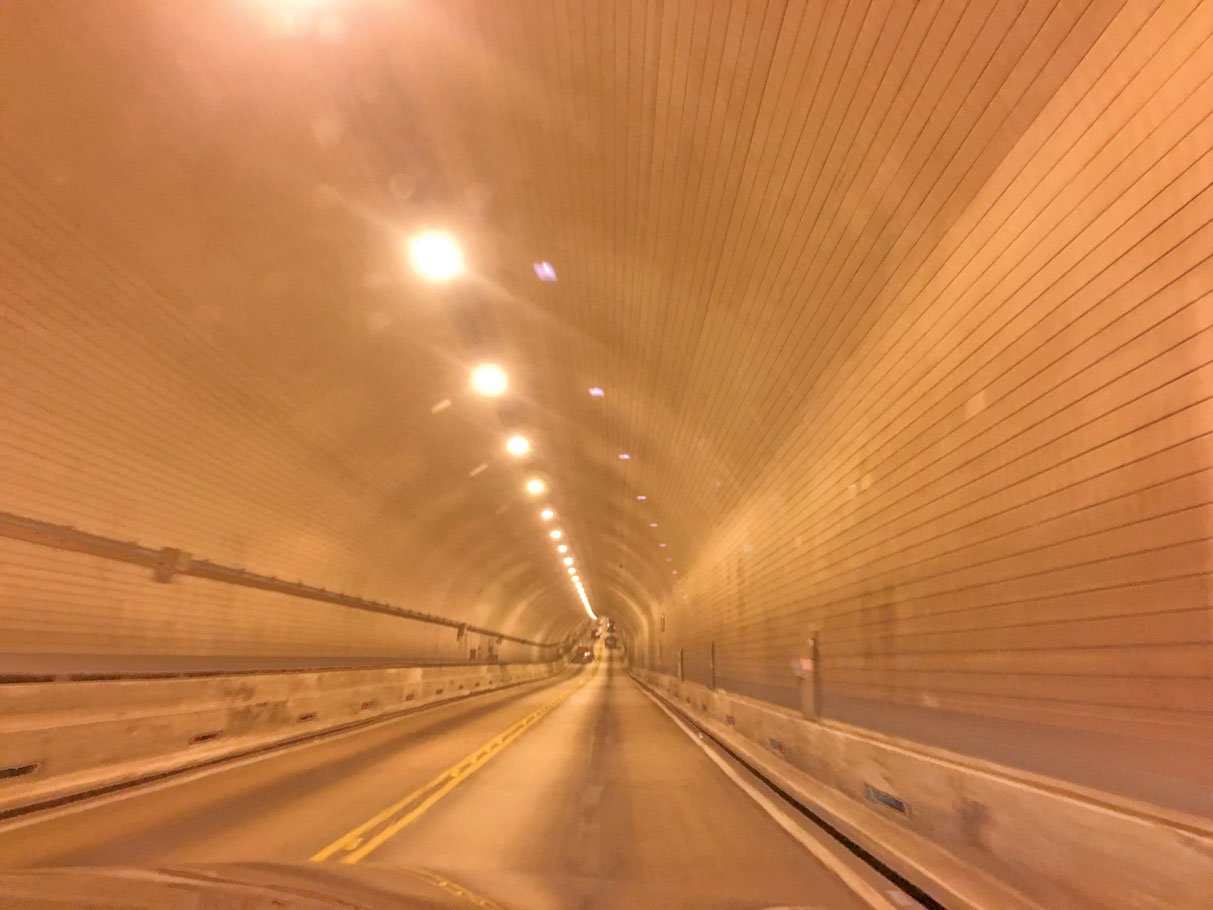 Medically speaking, tunnel vision is the loss of peripheral vision. Causes can range from glaucoma to alcohol consumption. Metaphorically, it's one's reluctance to consider alternatives. A good doctor isn't needed for tunnel vision when it comes to fishing and I'm not one to judge someone's drinking habits. However, I can offer advice for those seeking a remedy to one-dimensional thinking on the water. There are multiple forms of tunnel vision. Keeping an open mind is the antidote for all of them.

I witness it quite often A couple of buddies had success fishing the same spot over and over so they continue to go back to the well every time they put their boat in the water. It's easy to get lured into this trap because most of us aren't willing to risk not catching. We're presented with a dilemma, however, when conditions and/or patterns change and we haven't explored other options. This often results in a sometimes lengthy stretch of swing-and-miss search missions. A better strategy would involve taking extra time on each fishing trip to venture off the beaten path while looking for useful signs such as bait concentrations over mud-lined guts as water temperatures and tides fall after a strong cold front. Observant anglers will also look for small reefs and other structure when tides are very low so he can revisit those areas when water levels return to normal. Trout movements change this time of year, sometimes even weekly. This requires a more in depth analysis of areas that may have previously been unproductive. Running full throttle from Point A to Point B sometimes results in passing up areas with potential. Slow down and look around.

Once you've arrived at your fishing spot it's important to view it as more of an area than a spot. Always keep track of what's happening 360 degrees around you. We often point out signs to clients by using clock references "Guys, a small sick just popped at 1 o'clock" or "Hey, there's a school of reds on the surface 75 yards away at about 3 O'clock." The marsh drain you're fixated on may have been a safe bet when the tide was eight inches higher and the water was five degrees warmer but that shell ridge that drops off into deep mud 100 yards from the shoreline is a higher percentage area with this lower tide and cooler water. And if you look closely there's a muddy streak with flipping mullet along its deep edge. The guy with tunnel vision will get in a lot of casting practice on that marsh drain before becoming discouraged and finally leaving, motoring directly across the shell ridge holding fish where he should've been fishing in the first place. If only he had looked over his shoulder once in a while.

Learn how to identify any and every sign. Some anglers only know how to fish slicks and birds. Others only fish pier pilings and bridge columns. Subtle signs such as a heron perched along a grass line can lead you to pay dirt. I actually experienced this while wading tight to the bank in East Matagorda. Three white herons hopscotched along for over 100 yards as a pod of 8 or 10 reds blew shad up onto the bank. Not only was it an easy meal for those birds but it made for easy catching for us while throwing small topwaters. Sometimes it's the little things that go unnoticed by most folks that lead us to fish. Fishing with your eyes trumps fishing with your GPS, most of the time.

"My favorite color soft plastic is Fire Tiger. I've caught more trout on it than any other color especially down in Port Mansfield." Heard more times than I can count, this is the epitome of tunnel vision. There are times when the bite is so good that color is irrelevant but this is the exception rather than the rule. Just because you had a career day one time on a particular color shouldn't make it your "go-to" bait for the rest of your life. Furthermore, of course you've landed more fish on it than anything else when that's the only damn thing you throw. Color choices should be based upon water clarity and available sunlight. Just because Fire Tiger worked for you in the gin-clear water of the Lower Laguna on a bright sunny day while chunking to grassy potholes doesn't mean that it will produce similar results on an overcast breezy day while fishing off-colored water over oyster shell in Galveston Bay. And you may want to consider switching over to a little heavier jighead while you're at it. I'm thinking that a 1/16-ounce head isn't going to get it done in 8 feet of water with a 15-knot wind. A very simple school of thought is to use darker colors such as Red Shad or Texas Roach in low-visibility water and under low-light conditions and then brighter colors like Limetreuse or Glow when the water is green or clear. Colors such as Chicken-On-A-Chain, Plum and Pumpkinseed work well when the water is average visibility. Your new "favorite color" should become the one that fits the current conditions in which you are fishing.

Then there's the guy who wants to catch everything on topwaters. I get it. I wish we could catch them on top every single day. I would be having even more fun than I already am. The fact is we can't always catch fish the way we want to catch them. No different than Ben Roethlisberger can't always throw a deep ball to Antonio Brown for a touchdown. Sometimes he has to take what the defense gives him and matriculate the ball down the field by making short passes and handing it off to running backs before eventually having a shot at the end zone. We have to take what the conditions give us. If the barometric pressure is low leading up to a cold front and the surface is alive with activity, then by all means tie on a MirrOlure She Dog and get after it. Conversely, if we're in high pressure post-front mode and bait is pushed near bottom, slow-rolling a soft plastic may work better.

Trying too many different lures can also limit productivity. This is the extreme opposite of tunnel vision but it's worth mentioning because I've seen this scenario play out many times. There are three guys fishing together and two of them are catching with regularity on soft plastic while the other is switching back and forth from some centipede-like segmented hardbait that looks like something from a science fiction movie, then to another lure that closely resembles a mutated two-headed frog that was mentioned on his favorite internet fishing site. "These trout ought to hit thisdon't ya think?" My answer, "Larry, we're here to CATCH trout not scare the hell out of them. Now please put your mystery lures back in your suitcase of magic tricks and tie on a worm." Unless Fisher-Price started making lures and you're their field tester, it's better to stick with what's working.

Lastly, working a lure the same way all the time is another form of tunnel vision. Trout and reds can be moody specimens. The same old lure presentation that you've been employing for years won't always get the job done. Working a soft plastic with the traditional pop-pop-fall may not trick a post-front docile trout with her belly resting on the mud. A slow-rolled jig with an occasional twitch might be the ticket in this case. Sometimes a trout will blow up on a topwater missing it several times before a connection is made. Some fishermen are adamant that pausing the walk-the-dog causes trout to commit while others say it's better to keep it moving. I've seen both work, but don't think for a minute that only one method works all the time.

By slowing down and exploring new options you will become a more well-rounded angler with more alternatives. Being more observant of surroundings within the areas you're fishing will result in a solid connection between you and the fish and it will bring out the best of your angling abilities. Hopefully you get the point other than just from "A" to "B."