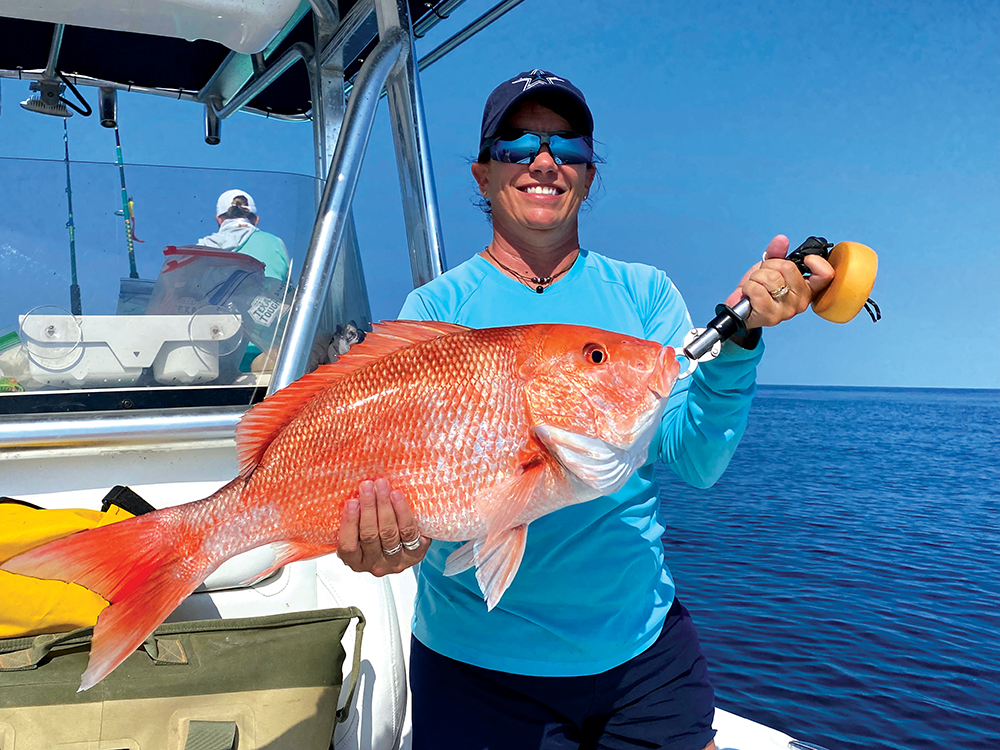 The recreational community is a large part of the reef fish take throughout the Gulf. The recent precedent involving red grouper will help pave the way for future allocation changes that are more reflective of the Gulf fisheries.

“We appreciate the efforts of NOAA Fisheries and the Gulf Council to improve recreational harvest data and implement it into the management system,” said Bill Bird, chairman of CCA’s National Government Relations Committee. “Although this was a science-driven process, it was complicated, and we appreciate everyone – including staff at NOAA and the Gulf Council – who were a part of this precedent-setting decision.”

NOAA Fisheries is in the process of correcting the historic recreational data in many of the fisheries it manages which will likely result in additional allocation changes. Red grouper was one of the first fisheries to work the new numbers through a stock assessment and although it was not a true reallocation process, it did present the opportunity to correct the allocations which have been based entirely on past catch history from a select and limited set of years.

CCA and other groups representing the recreational boating and angling community have called for a reallocation process that is based on forward-looking criteria, including economics and demographics to provide the maximum benefits to the nation.

“This correction to historic data is a step in the right direction, but for the most timely data and efficient management possible the Gulf states should be responsible for more fisheries off their coasts,” said Trip Aukeman, CCA Florida Advocacy Director. “Florida and the other Gulf states have developed state-of-the art data collection systems for red snapper that provide much more flexible and responsive management that could easily be adapted to other fisheries.”

The Gulf Council will soon begin discussing regulation changes for red grouper, which are presently at a historically low level of abundance for a variety of reasons, including red tide. Despite the changes in allocation resulting from the data correction, anglers may see shorter seasons and tighter limits in the near future.

What does this mean for Texas and other Gulf states…..

This precedent is an important one on many levels.  As this recent press release from CCA National states “NOAA Fisheries is in the process of correcting the historic recreational data in many of the fisheries it manages which will likely result in additional allocation changes.”  Snapper, amberjack, and other federally managed reef species in Texas, and other coastal states are set for possible allocation changes by this important precedent.  These types of changes are not possible without sound science, and participation by the recreational community.  It is important for us all to participate in surveys and other data collection efforts, so that the voice of the recreational angler is heard.

The Texas Parks and Wildlife Department’s (TPWD) August commission meeting is set for August 25-26, 2021.  This is your opportunity to provide your feedback directly to TPWD and the TPWD Commissioners.  Take the time, and make your voice heard.

CCA Texas and local chapters across the state continue to have successful banquets on all levels.  Over half of the 31 banquets held to date have had record attendance and/or record fundraising nights.  This would not be possible without the continued and dedicated support of CCA Texas volunteers, donors, sponsors and attendees.  Thank you all for your continued support.  Late July and August will be big months for the organization.  The larger events such as Corpus Christi, San Antonio, and Austin were all moved back in the year in abundance of caution for CCA Texas banquet attendees and volunteers.  The chapters are excited and look forward to holding their events.  Be sure to check out the CCA Texas Events calendar, and the local chapters and staff look forward to seeing you soon.