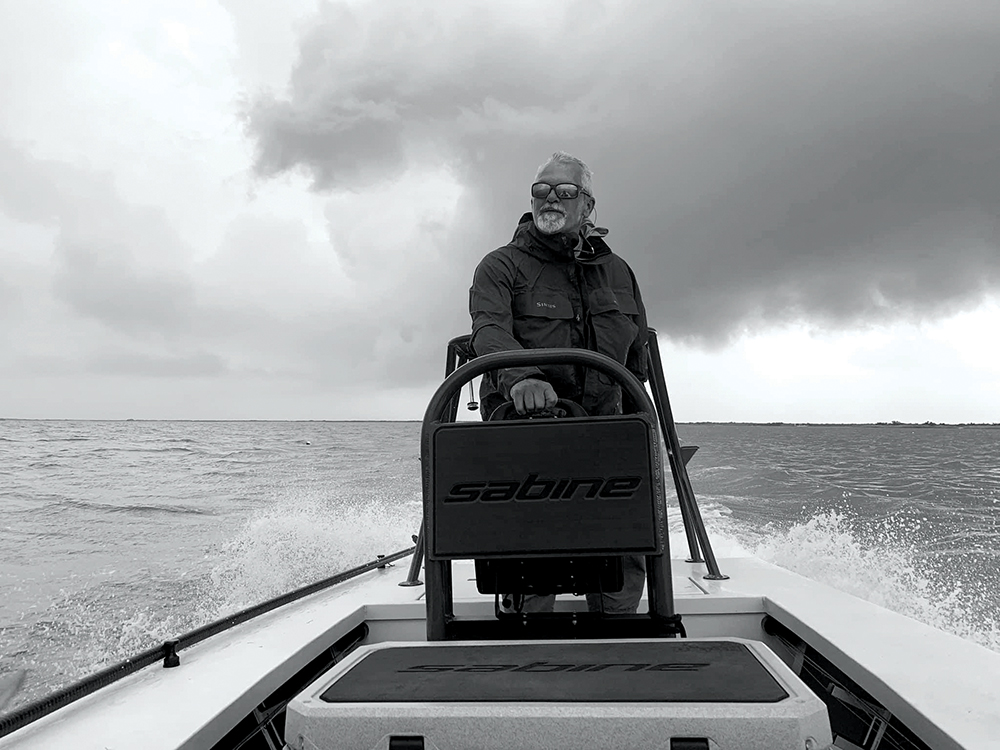 Way back in the early-2000’s I was a part-time fishing guide with a full-time job in the Houston Police Department’s Homicide Division. I was running my very first poling skiff and paddling kayaks in tournaments from Texas to Florida. One day while hanging out at Fishing Tackle Unlimited I ran into Everett Johnson who was delivering a stack of his Gulf Coast Connections magazine. Yes, this magazine was known by a different name back then. It also had a completely different look as it was newsprint pages with a slick cover, more of a tabloid than a magazine. I read that thing cover to cover every month.

We got to chatting about fishing and kayaking, as always. Kayak fishing was still fairly new at the time and we were all working on figuring it out. I was known for standing up in my old Wilderness Systems Ride so that I could sight-cast as I moved through the marsh or drifted a grass flat. Everett was also into kayak fishing and more a fan of staying low and employing the low-profile stealth approach.

A few minutes into our conversation he came up with an idea. He asked if I would like to write an article explaining my reasons and techniques for standing, and then he would write a follow-up piece to describe his side. I was thrilled at the opportunity to write for my favorite magazine. Being published alongside guides I had followed for years was way cool. I went home and knocked it out that evening.

Apparently it was of acceptable quality as he called and asked if I’d like to handle the monthly kayak fishing column. I jumped on it like a redfish on a kicking shrimp. In those early years I had a whole lot to say and often would have a couple of articles written and waiting to submit. Maybe it was just the relief of writing something other than police reports on murder cases.

Things changed over the years. I retired from the PD and started guiding more. As time went on I began using my poling skiff far more than the kayaks. I had also begun to run out of things to say about kayaks and kayak fishing. We had a talk about it and he presented the idea of creating a monthly column about my greatest passion in fishing – sight-casting. I was on fire with learning to spot and stalk my targets before actually making the cast, and teaching what I’d learned to others. That freed me up to write about skiff fishing while continuing to throw in some kayak stuff from time to time. I was rejuvenated.

Today I feel like Forrest Gump at the end of his run, “I’m kinda tired. I think I’ll go home now.”

Thank you to Everett and Pam for putting together such a great platform and always supporting me. Thank you to the magazine staff for making us all look good with the professional layout and feel of this publication. And, most of all, a hearty thanks to the loyal readers. Without you guys there wouldn’t be a reason to write. I’ve received so many nice compliments over the years and knowing that I touched on something that made you write an email or hunt me down at a fishing show or expo made it all worthwhile.

I’m certainly not going away. I’m still guiding and I’ll continue on with Bite Me, A Saltwater Fishing Podcast. And if Everett will have me, I might drop in with a guest article from time to time when the inspiration hits. If you see me at a boat ramp, fishing show, or anywhere out and about, please know you will always be welcome to say hello.

Again, thank you all. It’s been a great ride!