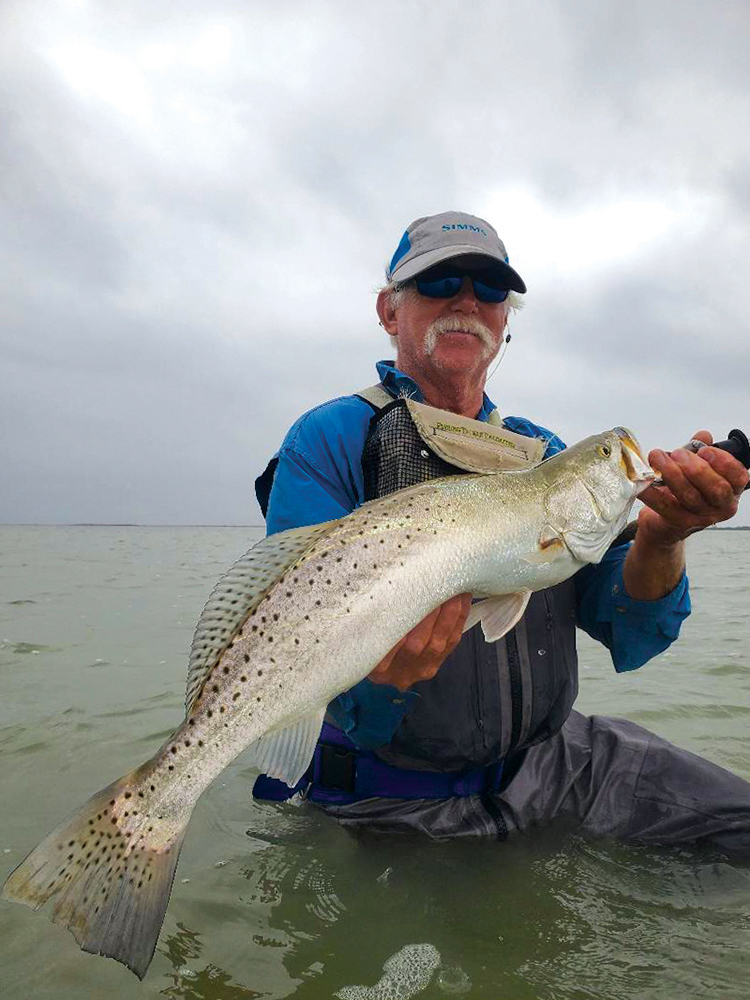 Greetings from Port Mansfield. Where to start? This is my first article following the February freeze. As many of us engaged in conversations, predictions, and hopes for a positive outcome, nothing could have prepared us for what we were about to see.

Following the 1989 freeze - It was 1990 when I first ventured to the little fishing village of Port Mansfield and I recall redfish seemed plentiful north and south of the East Cut.  As a young angler there was no need to worry about any other species; the redfish stretched the monofilament line in my Ambassador 5000 reel just fine.  And, at 19 years old, that was plenty of entertainment because redfish pulled harder than trout – or so I thought at that time.

In this age of social media, and within a day or two of the storm, there were plenty of credible reports circulating with photos and videos of a substantial fish kill along much of the Texas Coast – lots of dead fish. However, the phrase “lots of dead fish” is highly subjective. How many is a lot? What was the number?

Some guides and anglers in my area shrugged it off as no big deal, likening it to a summertime weekend tournament haul. Struggling with that I wondered how such an event could be compared to a busy tournament weekend. I chalked it up as a self-serving statement and got busy checking as much of the LLM as I could. I was on the water eight of eleven days immediately following the freeze and surveyed the waters and shorelines from the Brownsville Ship Channel to three miles inside the Land cut. As time marched on more anglers and guides began surveying the shallow waters and shorelines of the approximately 270 square miles of the LLM. After a week or so it became evident that our Mother Lagoon had suffered a cruel blow. Nobody could pin a number on the dead fish, but we were beginning to understand what “a lot” could mean.

So, what’s next?  For starters, we have already seen some proactive measures by “influencers” in the industry. One that jumps out first and the most is the STAR Tournament, which is independent of CCA, although they share a common nexus. I am unsure of the particulars that led to the rapid execution of a substantial change in the STAR format, but pleased, nonetheless. At the end of the day what matters is that leadership emerged from the darkness and positive changes were made. I would hope someday we will learn who all played a role in this decision as I would like to thank them personally.

How will all of this change my guiding business? In three words – not very much. I have been steady at the wheel, a staunchly conservation-minded guide and angler for many years. I am co-founder of the Empty Stringers Catch and Release Program that was begun in 2017 and has been a successful and growing component of my charter business. Many of my charters are Empty Stringer trips and I have worked diligently to influence and educate clients, anglers, and other entities to consider a more conservation-minded approach to our fishery, to include reformatting fishing tournaments and the like.

For example, the Port Mansfield Fishing Tournament changed their format last year and implemented a Blackjack format well before this freeze event. Strategic planning can be complicated and even risky at times but erring on the side of conservation is a safe place to be. I would not be surprised if PMFT took an even closer look at their 2021 tournament format. That said, there is another change I will implement. I will encourage anglers to release all trout that can be released successfully until the full impact of this event has been evaluated by TPWD.

I have been fishing recently and the most challenging aspect to guiding since the freeze has been maintaining confidence. I can’t unsee what I saw. However, I am steadily building my confidence back after each nibble, strike, and catch. We are catching some redfish and we have caught a couple keeper trout – nothing big but that familiar headshake has been awesome to feel.  We are seeing plentiful bait and praying that each warming day will bring better fishing.

I am informed that areas south of Port Mansfield fared much better and I’m predicting some of those gamefish will be making their way toward us. Water levels will soon rise, bait will flood the back bays,  and redfish should follow. You can bet I will be working those areas and enjoying some good shallow water angling.