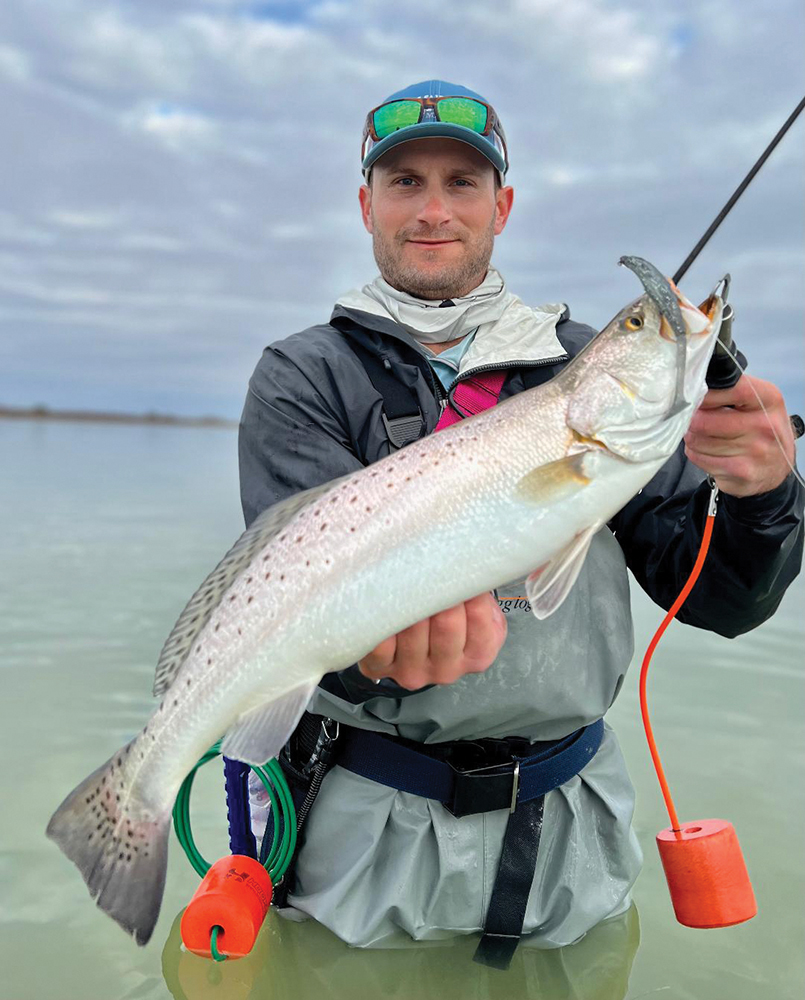 Greetings from Port Mansfield! Much to cover but most importantly we have made it through the winter unscathed, we have new trout regulations underway, and our fishery is slowly recovering. This past big trout season was nothing like before last February’s freeze, and what it did for me personally was hone my fish locating skills. Not necessarily my fish catching skills, because the freeze did not change the way you catch them, but it certainly reduced the historic abundance. That said, if you find a spattering of good trout you have accomplished the hardest part; now just approach them as you normally would. Thankfully, because of the new trout regulations, we have nearly two years to help get this fishery back where it once was, and I am confident we can get this accomplished if we can all pitch in and help it along.

The month of May generally kicks off the fishing season for lots of folks, and with it comes tournaments. The first that comes to mind is the Shallow Sport Owners, which is likely the largest single-day tournament of the year. You might remember they adjusted their tournament format last year to include only two reds and one flounder because of the freeze. I am happy to report they are sticking to that format for 2022. I am hoping more will participate in live weigh-in option this year as another way to promote good stewardship of our fishery while still engaging in good old-fashioned competitive angling. Proud to be part of this organization.

It seems that I am always touting good redfish fishing and this report is no different. The redfish bite has been extraordinarily strong for at least the last eight or nine months. The reds are big and mean and can be found anywhere from eight inches to three feet of water. They have been aggressively crushing topwaters such as the Mansfield Knockers and a lot of them are upper-slot to oversize. After a few of those you might find yourself taking a break on the boat. Some trout are mixed in with the reds but as of late the trout have been holding in areas with a little more grass. Isolated potholes seem best for trout, and most have been right smack dab in the middle of the new slot size of 17-23 inches. Somewhat concerning for sure but at least its only three per day instead of five. We are still releasing our trout with the exception of being deeply hooked and poor candidates for survival. When I shift back into keeping trout, the rules on my boat will again be tighter than the state’s regs. For years I have maintained a 20-inch max length on trout being retained and this will be reinstated someday when I can determine the fishery is sufficiently recovered to allow keeping a few.

As we march on into early summer you can expect the predominate southeast winds to blow and the water levels to continue to rise. With this in play you can bet I will be working those back lake areas and shallow flats off the beaten path. Nothing better than working the knee-deep stuff tossing tops and tails at redfish and the occasional big trout. As a general springtime rule, I will be tossing the KWigglers 4-inch Paddle Tails and topwaters. Later in the day, and as the winds pick up, I will shift my efforts to flats and slight bottom contour changes in open water. Here I will find color changes and current lines and if I see a few flickers of bait, you can bet there will be gamefish nearby. I might switch over to the Ball Tail Shad or slow roll a Wig-A-Lo along those color changes.

All things considered I feel a lot better today than I did one year ago, but still cautious and certainly more respectful of our fishery. I will continue to do my best to maintain professionalism foremost in all my guiding endeavors and urge my clients to do the same. Sure, its tiring at times and a struggle to get up on day eight after seven consecutive days on the water, but knowing I might be one cast away from a new personal best trout, redfish, flounder, snook, or tarpon makes it all worthwhile.

Till next time, stay safe and remember to practice catch and release when you can.