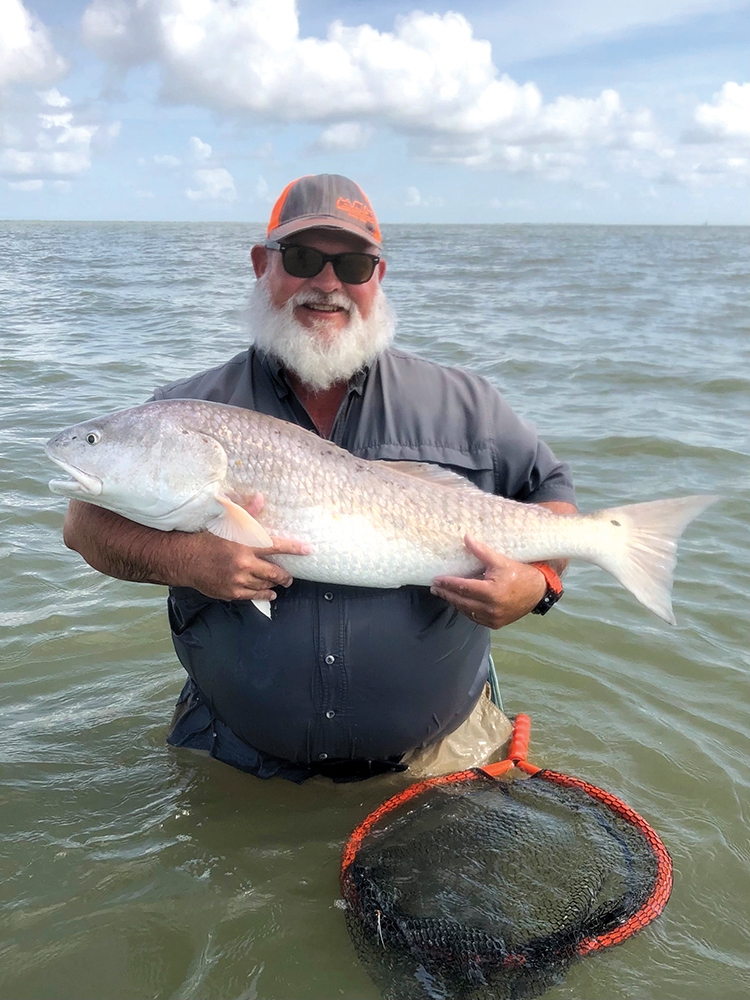 Editor’s Note: The following is a re-print of Gary Gray’s first-ever piece we published in June 2004, and it’s still timely. Sit back, relax and enjoy!

Out With the Old – In With the New

How many times have you arrived to your favorite fishing hole and wondered which lure to start with? The incredible number of lures and dazzling array of colors currently available can be perplexing. I can remember not so long ago when this decision was not so difficult.

Charlie’s Bait Camp did not exist when I started guiding in 1986. I launched from Cunningham’s boat ramp in Seadrift and it was a short run to any number of productive reefs in San Antonio Bay.

It was an artificials-only game back then. Not because I was an elitist, but of necessity. The nearest bait camp was in Port O’Connor and I did not consider it much of an option as I usually had enough action on my favorite lures. I assumed everyone was doing the same.

A lure that worked particularly well was the Double Worm Puzzler. You know the ones you don’t even give a glance to anymore, hanging amongst the other “big name” baits.

I rigged them under Styrofoam popping corks, right above where the Puzzler leader attached to the main line. The corks came in two colors, white with red top and, my favorite, green with red top. Rattle corks hadn’t made the scene yet.

I used a special knot to prevent the Puzzlers tangling on the corks. I called it the “tourist knot” and it was made by tying the shorter of the leader drops to the longer one with a square knot. The Puzzlers were especially lethal under the birds; it was not uncommon to catch two keepers at a time. Fast and furious action if I had more than two clients aboard. It was all I could do to keep up with unhooking and measuring fish to keep us legal.

Soft plastics of the day were mostly Kelley Wigglers and Hogie’s shrimp tails, along with a few swimming shads.

Another lure that served very well in grassy back lakes was the Johnson Weedless Spoon. Redfish loved them, and still do. Days when the reds would follow but wouldn’t take the spoon, I would rig it on a short leader under a Mansfield Mauler and that usually did the trick.

In the topwater department we used mostly 97-Series MirrOlures and Rebel Jumpin' Minnows. Not as flashy and loud as today’s Top Dogs and She Dogs but they caught lots of fish. We also relied on the original Cordell Red Fin Broken-Back. I fished them by reeling straight back at a steady speed, just under the surface to create “V-wake” on top.

One particular trip I remember fishing with Bo Cady, an old Seadrift buddy. He had rigged a Broken-Back on a short leader under a Mauler. This allowed a faster retrieve with the lure diving to the length of the leader, but above any grass or shell that lined the bottom. He would pause his retrieve long enough to allow the lure to float momentarily to the surface before reeling again. I recall it was deadly on both trout and redfish. Kind of makes me want to start using the Broken-Back again.

That day hammered home Rule #1 in the guide’s handbook for me. “Never tell an angler they are rigging a lure wrong or working it wrong in the wrong place. They will prove you wrong every time.” This fits right in with “don’t cast behind the boat on a drift” because that is “used” water.

Soft baits nowadays come in an amazing variety of colors and sizes. My soft plastic boxes are full of Saltwater Assassins in 3” and 5” sizes, in virtually every color imaginable. You also have the Sea Shads in 4” and 5”. Not to mention Eel Assassins in all the same colors.

The hardbait family has grown as well – He Dogs, She Dogs, Top Dogs, Top Dog Jrs. Top Pups – all in a rainbow of colors. And that’s just the MirrOlures!

Tackle boxes have also evolved to accommodate all the new lures – double-sided clear plastic boxes have given way to soft-sided suitcases that can hold up to twenty trays of little pretties. Some even have wheels!

These older lures will still catch fish, the same as they did twenty years ago, although they somehow get pushed back a little further as each new product hits the market. So, next time you come across one of these old-timers, dust it off and give it another try. It just might regain its old spot on the top shelf!