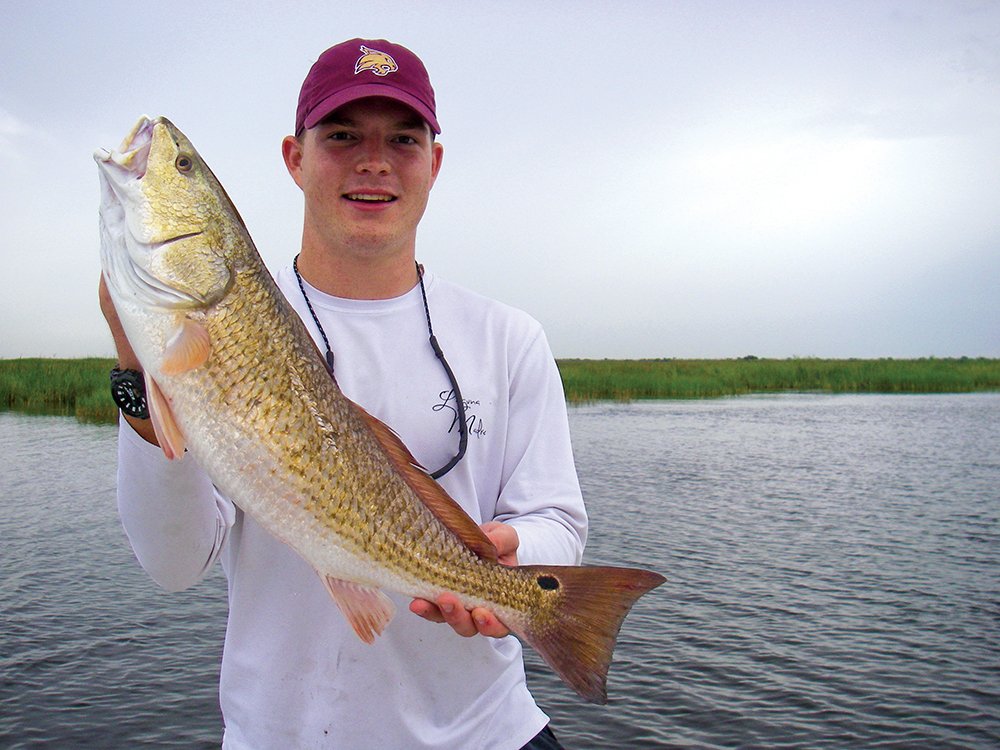 You will have to excuse Sabine Lake fishermen if they are somewhat confused as to whether a record freeze or a catastrophic flood wreaks more havoc on the trout population.

While the lower coast lost more magnum trout over a three day period than have ever even passed through Sabine Lake, our smaller Harvey survivors apparently fared much better. There was little or no chance that we could possibly lose even a single bragging size sow trout to the ice as we haven’t even seen one since that epic flood in 2017.

So the sixty-four-thousand-dollar question is where did they all go when the salinity bottomed out at zero? There were none floating along the shoreline in the main lake and that coveted bite in the deeper waters of the ICW and ship channel has been non-existent to this day.

The best news, however, is that our rebounding trout population took a very minor hit for two reasons during the February freeze. Sabine Lake is basically a large shallow bowl surrounded by significantly deeper water. The wind blew the water out for two days prior to the freeze so our fish had already been forced into deeper haunts.

In general, our trout bite has been pretty average for this time of the year and should continue to improve with a little help from Mother Nature. We are seeing consistently higher tides that flood the grass and back lakes resulting in more reds in the marsh and more flounder on the shoreline.

Unless you simply prefer wading over drift fishing, there is no advantage to leaving the boat right now. Regardless of how stealthy you may be, you have a better chance of lightning crushing your topwater than a big trout. There are, however, a growing number of two- to four-pound trout on the prowl and I do mean on the prowl!

We are spending a lot of time drifting three to five feet of water well off the shoreline and it is rare to find a good school of fish holding in the same area two days in a row. For that reason alone, going “old school” and making long drifts until you locate active fish is the most productive approach.

Because there is so much loose mud on the bottom, dragging a jig across the bottom is no longer as effective as it once was. We are still making long casts with everything from a Corky to a Top Dog, but the better option for successfully dragging something behind the boat is to tie on a four-inch Sea Shad or Lil John under a cork.

That loose mud can also work on your confidence level as the clearest stretch of shoreline can be rendered miserably dirty overnight. It’s all about the wind, but don’t automatically bail on an area due to limited clarity. Experiment with colors and length of plastics before moving on. Red shad has worked very well for me in really dirty water and the larger profile of a five-inch tail helps as well.

On even the toughest of days, we have managed to boat a few slot reds working shoreline grass on the north end of the lake. It is not unusual to see them pushing bait to the surface and there is no wrong lure for that occasion. A gold weedless spoon or a five-inch Gulp tail is hard to beat in even the ugliest water.

Every shoreline drain holds infinite possibilities this month, but that is no secret and I would never depend on being the first one there. I prefer a stiff outgoing tide, but any moving water improves your chances. Unlike exploiting calmer water, fish with a jighead heavy enough to keep your plastic on bottom when targeting these drains.

We are already finding a few scattered flounder in the grass and they have been solid 16- to 19-inch fish. We have been unable to sit in one spot and catch a limit, but they have been a welcome bonus when working a shoreline for reds with a three- or four-inch Usual Suspect swimbait. Bunker shad, space guppy and morning glory have all worked well.

If they have never done it any other way, change will not be part of their learning process. That is just one advantage for youngsters eager to experience the thrill of fishing for the first time. Don’t pass on this golden opportunity to show your kids that conservation is not just another word…it’s a solution!