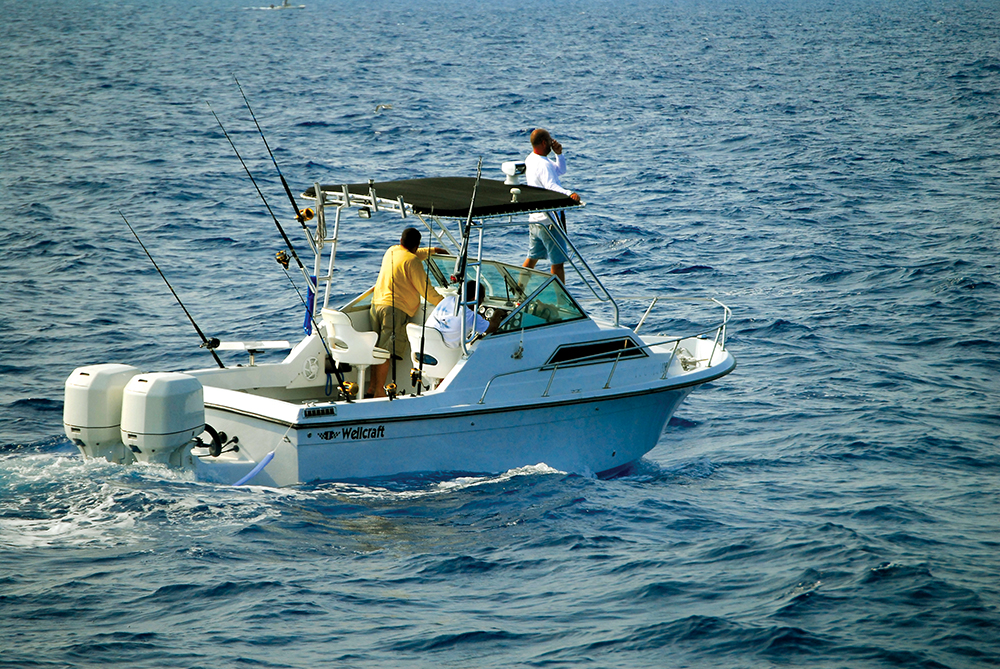 Searching for artificial reefs within sight of land off the coast.

Red snapper found in Texas state waters, going out nine miles, were in the news recently after harvest was closed for the first time in history during half of November and all of December last year. One suspects it had little impact on Texas fishermen, who largely have other interests during autumn. The Feds reported there were too many snapper harvested off the Texas coast in 2020, a result of the weather in June being unusually calm. (They count on it being windy). There were also thousands of new boats sold in 2020, often to eager fishermen.

So, we’re back to state water fishing—catching snapper within sight of land where populations of fish on these reefs spikes during winter. These inshore spots are worked over by summer crowds, but in winter it's a different ball game. Boating and fishing pressure is light because Texas outdoorsmen are mostly hunkered down in deer stands and duck blinds, hardly giving a thought to offshore fishing. As fishing pressure dwindled (especially last autumn) in chilly weather, more fish ease onto these artificial reefs that were left there by accident or design. The trick is timing a trip between cold fronts, when the Gulf is calm.

Options for where to fish have never been better; there are the relatively new artificial reefs built within sight of land, deliberately sited to avoid federal regulations. These spots can be looked up online, starting with Artificial Reefs Interactive Mapping Application published by Texas Parks and Wildlife. Multiple structures can be explored by boat, until there is a show of fish on the bottom recorder. Then it’s time to anchor up and get busy.

A bonus: There are also many shrimpboats and other vessels sunk out there over the years, though one wonders how long the older wooden hulls have survived on bottom with pounding of hurricanes from recent years. (If my counting was accurate, Port Arthur was evacuated eight times in 13 years, entirely from storms, except for one refinery leak. Making it the most evacuated city in America.) Perhaps searching for small shipwrecks in relatively shallow coastal waters is no longer a good idea. The deeper wrecks are more protected from storms.

There are also natural rock formations offshore in state waters, starting near Port Mansfield and running north for a few miles. That’s a rare thing off the Texas coast, since most “snapper rocks” are found farther out in federal waters. Good-sized snapper are sometimes found on those state-water rocks even in summer, and I’ve always wondered how good the action there would be during winter. Those fish are even caught from kayaks…

Most of my winter fishing for snapper in state waters happened each year off the Galveston beachfront. We’d run out there in somewhat small boats on flat days and felt fairly safe, with dry land only 15-20 minutes away. If a winter storm loomed on the horizon, or even an unexpected harsh wind showed up, I felt no hesitation about sprinting for the beach and dealing with it there. Either by arriving just off the surf line and running calm water back to the jetties, as we have done before, or jamming that baby right onto the beach, which we never had to resort to. Long ago we decided that boats are expendable and people are not.

Anyway, someone gave us the GPS numbers to the old, so-called car body reef off Galveston. Concrete pipes had been added in 1962, material that would last much longer than actual car bodies, which may or may not have been cleaned of oil before sinking; today even the idea of sinking cars out there is hugely frowned upon and for good reason.

The old fashioned method of fishing these spots is to reach the correct GPS numbers, circle a number until the depth finder shows a decent bump on bottom with fish. The image could be magnified if you cancel out the top 40 feet of water, which is empty in winter, magnifying instead the bottom 10 feet of water. When something promising shows on the screen, quickly toss a buoy and use that for a visual reference. Circle the buoy out to 30 yards, for more bottom targets. There are all sorts of electronic aids for doing the same job, but I still like that old-fashioned buoy. If a boat’s electronics short out, then head for the nearest gas platform and tie up. Especially in winter, fish will gather there. Some of these state platforms are really old, covered in fish-attracting marine growth down below; they weren’t subject to the fed’s big harvest of offshore platforms in recent years.

After tossing the buoy, you can judge which way the current is running: Ease up to the buoy and slap the engines in neutral and drift 30 yards. Then drive straight to the buoy and pass it another 30 yards, and drop a good anchor and chain. Pay out anchor rope and back the engines down close to the buoy. Wind and waves complicate this easy task, and it may require several attempts. At least the water is shallow compared to further offshore, so anchoring isn’t such a chore. Glassy, calm conditions are obviously ideal. Although in winter it can happen in thick sea fog, which can cause headaches and hazards. (Fifty years ago, out of high school, we made our early trips out there without even a compass, fishing the rigs in winter. Sure enough, about 4 p.m., thick sea fog crept in from offshore. We’d sprint back to the jetties and sometimes, just barely won the race.

Gear: Years ago we used silvery Mustad circle hooks that were dull as dishwater. Today’s hooks, much improved, are deadly sharp. We now use Mustad’s Demon Perfect Ultra Point 6/0 circle hooks for state water fishing. They’re a little small for sow snapper, but will seriously catch everything else. If a school of big snapper are busting tackle, you want a pool cue rod, 80 pound line, and bigger circle hooks for that job. That’s why we always bring a variety of tackle sizes out there. And half a coffee can full of 8 ounce lead weights. Or even bigger, if the current is fast. They will generally reach bottom in 50 feet very quickly. I rig up three circle hooks on one rod, drop that bait down and set the rod in a holder, where it can quiver and bounce away, catching multiple fish.

With luck, it’s a sunny calm day and you might even catch some (sun) rays out there before starting back. But be prepared if the weather turns, which can happen suddenly on Texas winter days. One January we fished the POC big jetties, caught some sun and fish, and within three hours there was a building north wind (coming straight from Port Lavaca) that caused whitecaps and three hypothermia fatalities on a big johnboat that was swamped while crossing Matagorda Bay. Seaworthy vessels are a must when winter fishing, because hypothermia is a constant hazard.

Which is why I carry a survival bag during winter. Just the basics, a good flashlight, factory-folded tarp, plenty of waterproofed matches, soup, beans, spoons, chocolate, and whatever else can be carried that will help ease the guys through a difficult night if stranded on a beach. And don’t forget that small, portable phone charger battery. Without your phone, you can’t communicate or use that Nav-X map to show your location and how to navigate home in the fog.