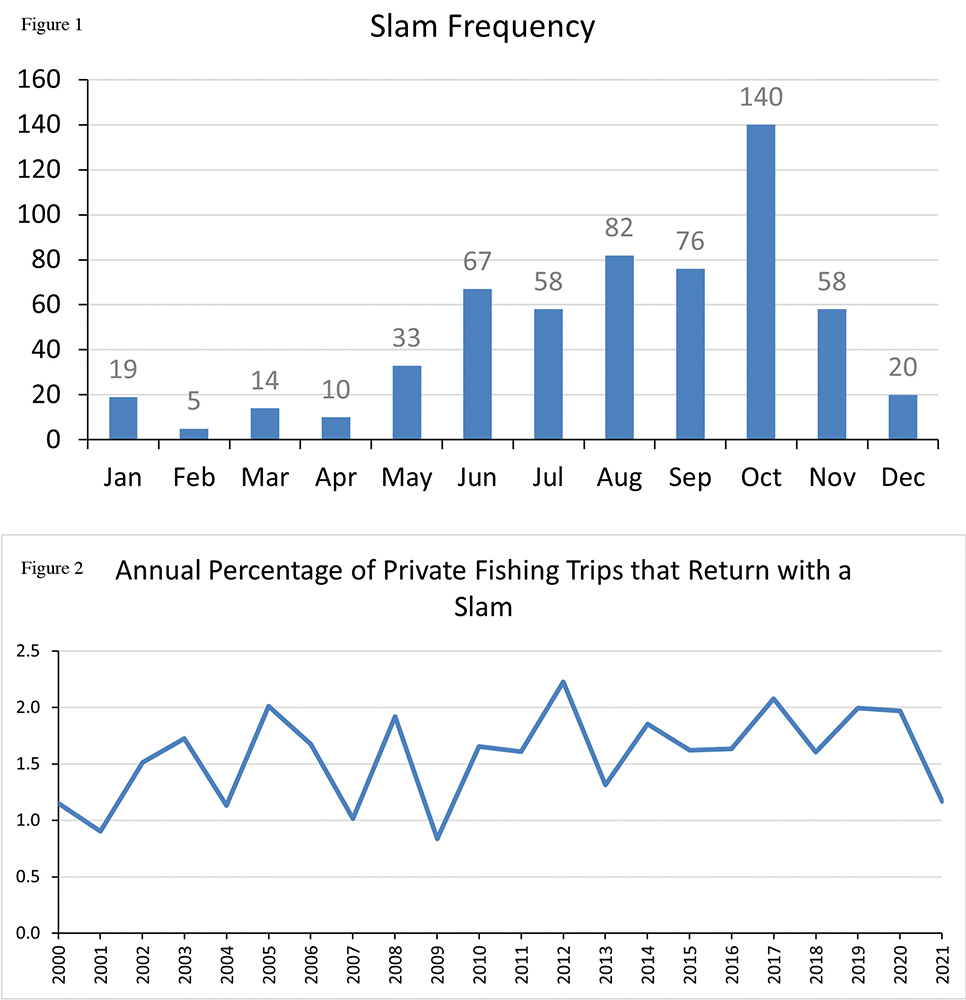 Figure 1. Percentage of private fishing trips that returned with a completed Slam from 2000-2021.

“What did you use for bait?” “How long have you been on the water?” and “Were you fishing for a particular type of fish today?” may be familiar questions to you and the other estimated 2.2 million people who fish in Texas waters annually. Since 1974, Texas Parks and Wildlife Department has been conducting angler interviews at boat ramps to monitor and study trends in fishing activity. If you have participated in an interview then you know the questions are not arbitrarily asked – rather, each is chosen with much care to collect the specific data desired. Through the participation of recreational anglers, these surveys provide TPWD with long-term monitoring data for some of Texas’ most targeted sportfish species. A notable example is the “Texas Slam”, an infamous combination of Spotted Seatrout, Red Drum, and Southern Flounder. Although these surveys are conducted coast wide, data in this article focuses specifically on trends in fishing pressure on “Slam” species in Galveston Bay from 2000-2021.

But what information is obtained by TPWD during these angler surveys? During an interview, questions like “How long have you been on the water?” and “How many people were fishing?” are used to calculate the total amount of angler hours spent fishing. These angler hours help estimate the overall fishing pressure in areas of the bay where fish are being caught. For example, if 3 anglers took a skiff out for 6 hours in East Bay, those anglers contributed 18 hours of fishing pressure on fish populations in that area. Later in the interview, TPWD personnel ask, “Were you fishing for a particular type of fish today?” This inquiry helps reduce information down to specific species and allows the agency to estimate which species are facing the most pressure at any given time. The findings can be put together to see how much time anglers are spending targeting certain species, and even which species in what distinct area. Lastly, if anglers retain any fish, TPWD personnel will count and measure up to 6 of each species. These measurements and counts are used for long-term population studies to observe species’ trends such as age structure and inclining or declining populations. Counts can also be used to calculate more standardized or comparable catch rates called CPUE (Catch Per Unit Effort), which is expressed as number of fish per angler hour.

The Slam species are targeted more than any other inshore recreational fish in Texas waters. From 2000-2021, 33,437 trips targeting all three species of the Slam were interviewed in Galveston Bay. Of these, 582 trips had successfully completed the Slam, totaling 5,102 fish. Spotted Seatrout were the numerically largest component, followed by Red Drum, and then Southern Flounder, suggesting that flounder tend to be the limiting factor in anglers achieving the slam. Figure 1 shows the frequency at which Slams are completed per month in the examined 21-year window. The winter months show a lower rate due to tougher, winter weather conditions and resulting in less anglers spending time on the water. Slam frequency starts to ramp up when weather becomes fairer, and families have more time for fishing activities into the summer months. However, the highest Slam frequency comes in October with 140 total Slams landed, which accounts for 24.05% of all Slam trips interviewed. Because southern flounder seem to be the “limiting factor” fish for the Slam trio, it makes sense that most Slams would occur when flounder fishing effort is highest. The October peak is most likely correlated with targeted flounder fishing that occurs during the fish’s spawning migration or “run”, just before the annual fishery closure in November/December.

How often do anglers complete this crown jewel of fishing? Not as often as some might think. On average, only 1.57% of private recreational trips successfully land and retain all three Slam species. Figure 2 shows the annual rate at which fishing trips return with a completed Slam. Over the twenty-one-year span, it comes as no surprise that the percentage of Slam trips fluctuates short term (weather, luck, a global pandemic), and that the overall percentage remains consistent over the long term. As the total number of fishing trips increases or decreases, so does the number of Slam trips – therefore maintaining a similar percentage since 2020. This makes sense, because the less time an angler spends on the water, the less opportunity they have to land all three species (and vice versa).

Regardless of fishing effort and successful Slam victors, population dynamics for all coastal species are continuously affected by multiple outside factors (e.g., weather events, water quality, predator-prey interaction, regulations, fishing pressure). Understanding their relationship to one another is achieved in part by collecting data from our dedicated stakeholders during our creel surveys. Without the angler survey program TPWD would not be able to observe these trends and effectively conserve our key sportfish species within Texas bays. The ability to interact with our stakeholders on a regular basis and work towards a common long-term goal of conserving Texas’ fisheries is bene-fish-al for all.