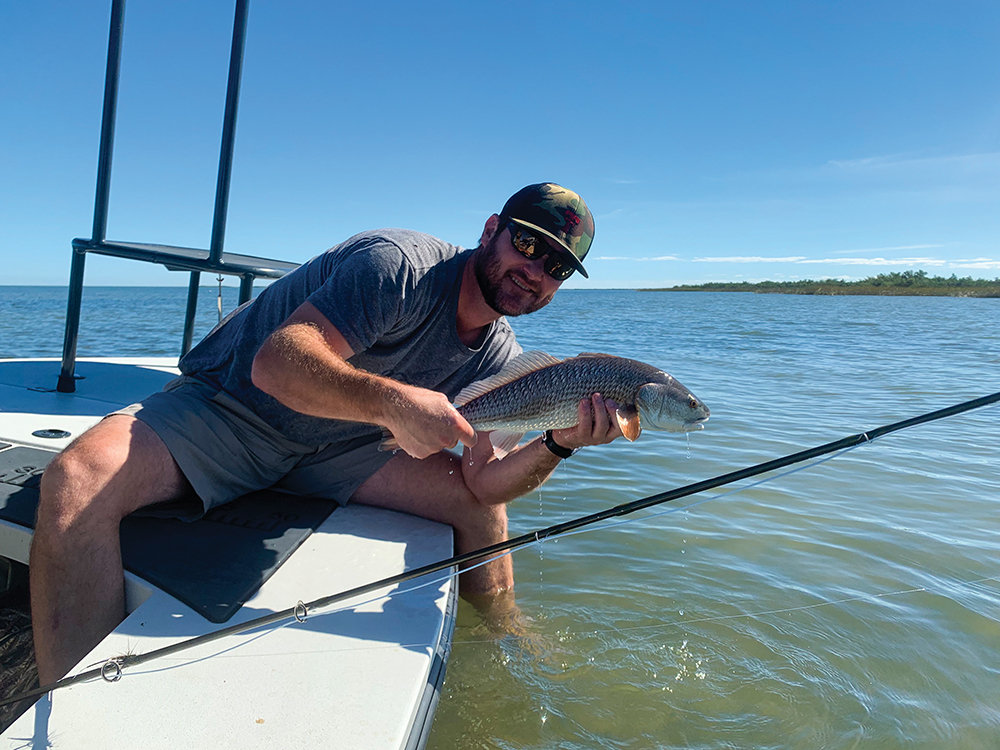 After busy spring, summer, and fall seasons full of days on the water, there are bound to be things that need some attention. Little things tend to slip through during the daily routine of getting up before dawn, fishing all day, cleaning the boat and gear and answering the day’s messages before passing out to do it all over again. I know a few super-diligent types who somehow seem to get it all done, but the majority of us have a to-do list longer than your leg.

January is the perfect month to catch up on those nagging projects. Most hunting seasons have wrapped up and unless you are a hardcore trophy trout rustler, fishing weather tends to be less than desirable. Getting all your ducks in a row before spring arrives lets you start off the new season with a clean slate. Here are some things I’ll be taking care of over the next few weeks that might spur you to come up with a list of your own.

Let’s start with the most important piece of equipment – the boat, or in my case, boats. My Sabine skiff is really in great condition since it’s only a few months old. The Dargel is due for an oil change and a thorough cleaning. Think about any little annoyances that occurred on recent trips. Rough idling, tough to start, or maybe the cooling system telltale stream wasn’t quite as strong as it used to be? January is a great time to take care of these as waiting list at most boat repair shops are non-existent this time of year. But, put it off until the first warm spring weekend and you’ll have to get in line.

When you own a boat, you likely own a trailer, too. Trailers do yeoman work and tend to get ignored until there’s a problem. Next time you launch your boat, take a good look at the trailer as it sits in the parking lot. It’s a lot easier to notice things when the boat isn’t on it. Has corrosion eaten something important? My previous trailer was galvanized and had brackets attaching the bunks to the frame that tended to rust on the regular. I replaced them a couple times and, while I was at it, replaced the bunks as well the second time around. I now have all-aluminum Coastline trailers under my boats and don’t have near the issues. However, I recently noticed my LED running lights flickering when I hit bumps. A quick inspection revealed a loose ground. Perhaps the weakest point of a trailer is the bearings. I keep them greased and watch them like a hawk, but I never fully trust those things. If you’ve ever had one fail, you know what I mean. The heck with worrying, I’ll replace those suckers once a year. That’s cheap insurance against a malfunction that costs me a day on the water. Check the tires, put a little grease on the hitch and check the winch strap for wear. All of this seems simple and obvious, but I see boats on the side of the road nearly all the time due to some sort of trailer malfunction, mostly bearing failure.

Your rods and reels deserve attention too. If you aren’t into detailing your own reels, this is a great time of year to drop them off at a reel repair shop for the same reason as the boat mechanic. After those first fishing trips in the spring everybody suddenly realizes their reels are jacked up and the repair guys get overwhelmed. I keep up with the minor cleaning, but once a year they get to visit Warren at Fishing Tackle Unlimited for a thorough cleaning and lubing. I get them back and they fish like a brand new reel again. If you fish mono line, go ahead a replace it. If you use braid, maybe think about reversing it if you don’t want to fork over the money for changing it out. If you’re like me you've got several reels that carry the same line. Strip one of them and then use that reel to reverse the line onto the next. Do that on down the line-up and then you only have one reel that needs new line. Rods often get totally neglected until they snap or lose an eye. Check the eyes for corrosion, wipe down the blank, and give the cork a good cleaning.

Lure maintenance is something I try to keep up with throughout the year, but eventually the tide of broken hooks, rusted components, and bent split rings overwhelms my efforts. Day to day I rinse off used lures and set them out to dry before putting them back into their box. No matter how diligent you are, sooner or later there’ll come a day when you open the tackle box and see that dreaded rusty mess. I keep a bucket on the workbench that catches any lures deemed unusable, but repair-worthy. A dreary winter day is the perfect time to dump that box and start working.

I start with a tub of warm water mixed with some sort of cleaner, usually Simple Green. Remove the old hooks and split rings, then throw them in the tub to soak.  Most of the time, just wiping the lures with a washcloth is good enough, but some might require a little scrubbing. Once dried, replace the split rings and hooks. I’ve been using single hooks on my plugs for years.  Several hook companies now make replacement hooks with the eye turned 90 degrees so you don’t need an extra split ring to align the point correctly. A good set of quality split ring pliers is worth every penny and speeds the process tremendously.

Something else I do during this winter cleaning is a good pruning of the selection. In all those hours on the water you tend to lean on certain lures whether it’s a certain type, model, or color.  I’m a pretty simple guy in this regard; not big on switching lures very often. At the end of the year I’ll realize there are quite a few benchwarmers that never even touched the water. Out they go. Simple is efficient and I rarely find myself staring at the box wishing for something that isn’t already there. Fill them with lures you have confidence in.

I’m mostly the same way with my flies. I tend to use only a few styles and colors, yet I still can’t make myself totally ditch all the others. I will also ruthlessly go through and toss flies with any hint of rust on the hooks. Those boxes with the foam slits are nice for holding flies, but man do the hooks rust if the box gets the least bit wet.

Lastly, take a look at all the miscellaneous items you keep in the tackle bag or on the boat.  Nets, Boga Grips, pliers, sunglasses, waders, etc., all need a once-over. Also check your supply of things you use regularly such as leader material, sunscreen, reel oil, hooks, weights and soft plastic baits. The more you get done in the downtime, the more enjoyable your fishing time becomes later. Get after it, spring will be here before you know it.