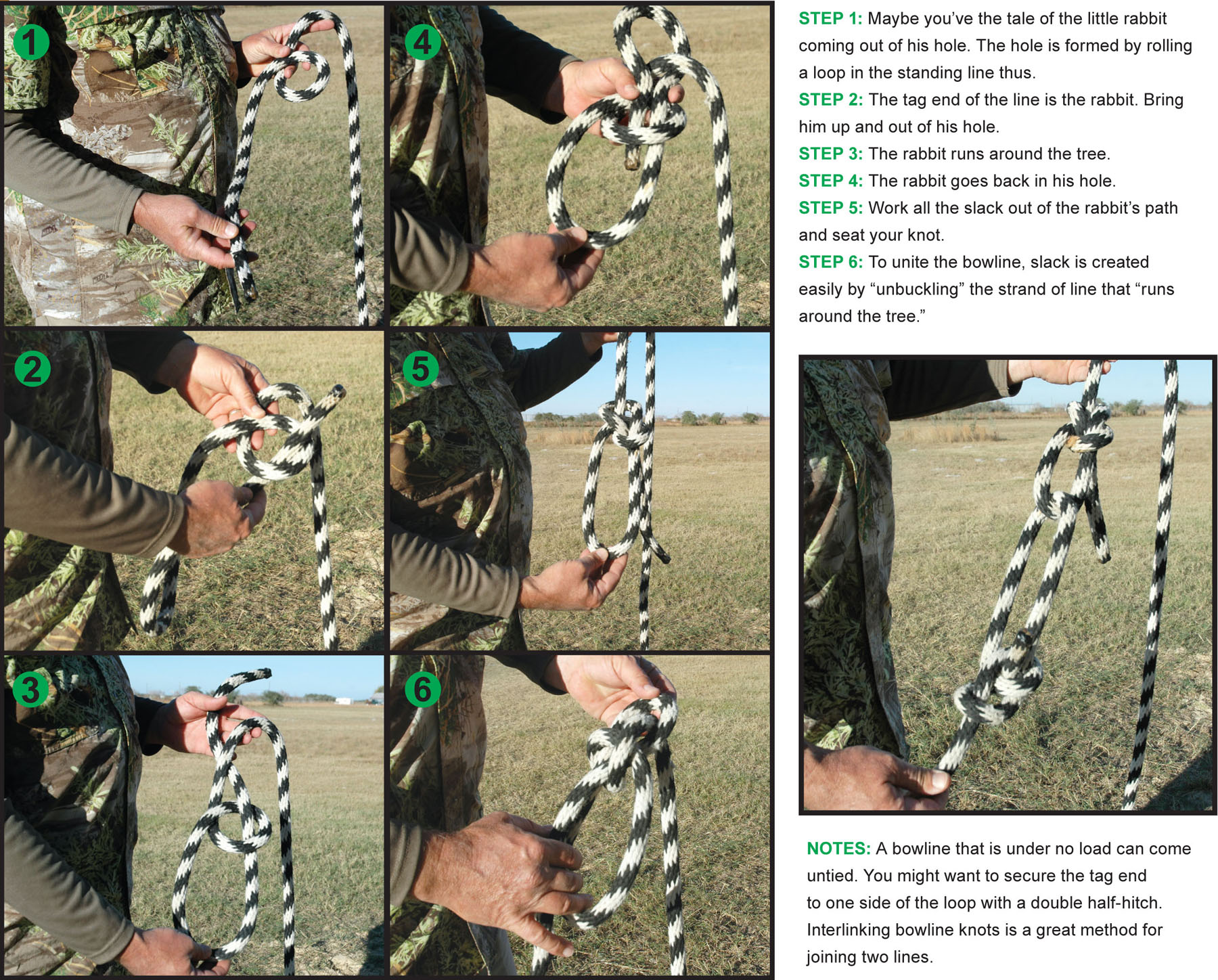 This is not a fishing knot, but as most fishermen are also boaters we thought it would go well here.  The bowline (pronounced bo´-lin) is perhaps deserving of the title, Crown Prince of Knots. It’s that useful.

The bowline has been around since the days of wooden ships.  If you learn to tie only one knot in your whole life it should be this one.  The bowline has more uses than you can shake your high-modulus graphite rod at and it is dead-simple to tie.

Perhaps the greatest attribute of the bowline, apart from its strength and very secure holding ability under load, is that it comes apart almost as easy as it goes together. Even when placed under tension great enough to stretch the line in which it is tied the bowline un-ties in seconds.

A friend once told me, “A man who cannot tie a knot must tie a lot.”

He was of course referring to that conglomeration of overhand knots and half-hitches the hapless knot tier is forced to untie with a butcher’s knife. Hence the term, “butcher’s knot.” I have towed many boats broken down on the water and pulled dozens stuck high and dry with my airboat.  I have always used the bowline to rig the lines and never needed a butcher’s knife.  If I can do it, anybody can.

Step 1 – Maybe you’ve the tale of the little rabbit coming out of his hole.  The hole is formed by rolling a loop in the standing line thus.

Step 2 – The tag end of the line is the rabbit.  Bring him up and out of his hole.

Step 3 – The rabbit runs around the tree.

Step 4 – The rabbit goes back in his hole.

Step 5 – Work all the slack out of the rabbit’s path and seat your knot.

Step 6 – To unite the bowline, slack is created easily by “unbuckling” the strand of line that “runs around the tree.”

Notes: A bowline that is under no load can come untied. You might want to secure the tag end to one side of the loop with a double half-hitch.  Interlinking bowline knots is a great method for joining two lines.