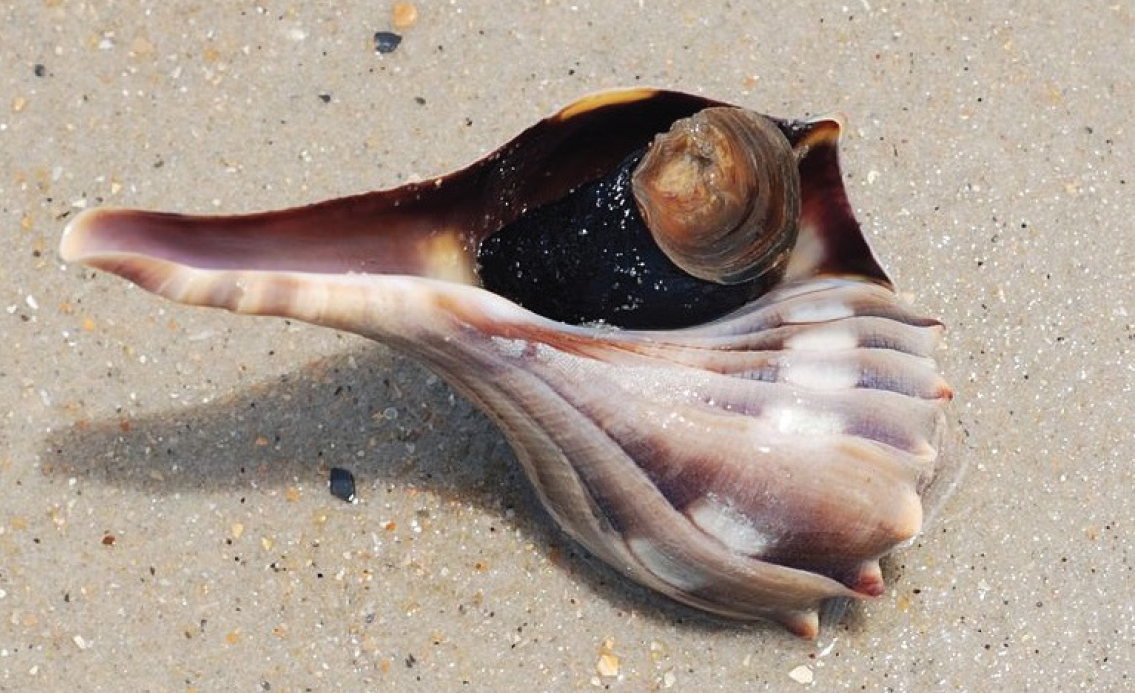 A lightning whelk on a North Carolina beach. Credit: Jarek Tuszyński / CC-BY-SA-3.0
Crunch! Connoisseurs of party food can often tell what kind of chips their friends are eating while watching the game by the crunch the chip makes. But all that crunching is usually annoying background noise. Underwater, though, it’s a different story. If scientists could tell which shellfish a predator is eating by the sound of its shell cracking open, they could track natural trends in predation on clams, conchs, oysters and other shellfish—important information for the seafood industry and conservation efforts.

Now they can! In the past, it’s been nearly impossible for scientists to document shellfish predation, especially in waters with poor visibility. Sea mammals and large fish simply come across their prey, crack it open, dig out and slurp down the tasty insides, and then move along. Now, a team at Florida Atlantic University has tested technology that records shell-cracking sounds in a controlled environment. Since audio waves travel long distances underwater, acoustic recorders don’t need to be immediately next to shellfish to pick up the sounds of cracking shells.

The scientists used white-spotted eagle rays as test subjects because they aren’t picky eaters and enjoy chomping down on a wide range of shellfish. The researchers set out a smorgasbord of appetizers: hard clams, banded tulip snails, crown conch, lettered olive snails, Florida fighting conch, lightning whelk, pear whelk and horse conch. Then they recorded the sounds of rays cracking open and eating 434 morsels. The different sizes, shapes, textures, strengths and thicknesses of the shells, helped biologists identify which sounds matched specific shellfish species. Now scientists can use this technology to track what kinds of shellfish and how many are being eaten in particular areas, providing valuable information to local fisherman, seafood companies and conservationists.