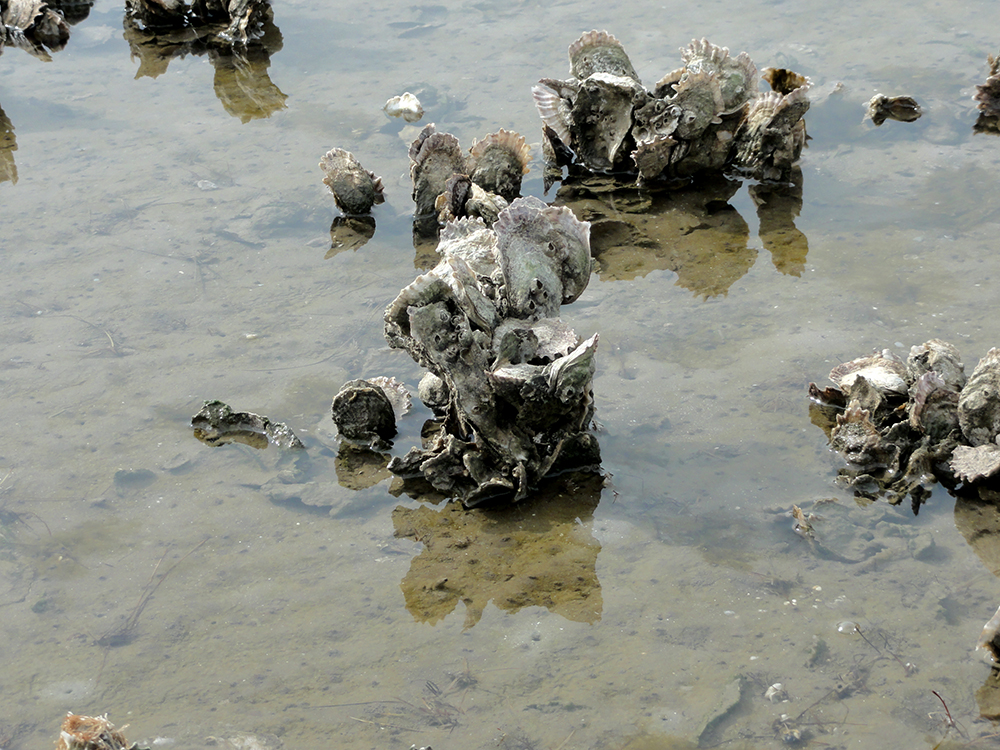 Figure 2. A close-up of a small group of oysters. Notice the differences in individual shell shape and the way that neighboring oysters might influence growth.

If you are an avid reader of the Texas Parks and Wildlife Department (TPWD) Field Notes section in this magazine, you have likely become aware that one of the “hot topics” on the mind of coastal biologists is oysters. Going back to March of 2019, six previous Field Notes articles have dealt with topics such as oyster reef restoration, general oyster biology, harvesting and consuming oysters, a unique oyster reef in Sabine Lake, and Texas House Bill 51, which was intended to bring TPWD and the oyster fishing industry together to create new oyster reef habitat using discarded oyster shells or other suitable substrate such as rock. Oysters are on the minds of TPWD biologists because they are heavily fished, they are a key biological component to most of Texas’ estuaries, they serve many critical ecological functions in the bay, and frankly, they’re delicious!

Oyster biology is unique because, unlike most other organisms in the bay, adult oysters are cemented to the sea floor. While larval oysters undergo a very brief open-water period where they can move around with the assistance of currents and tides, very early on in their life they find a place to “settle” and begin the process of establishing themselves on already-existing reefs, or on other hard substrate. That hard substrate can be rocks, pilings, sea bottom debris, or anything else that is stationary long enough for the oyster to attach.

Another unique property of oysters that distinguishes them from all other organisms in the estuary is their shape. After they settle, oysters grow in all directions throughout their life. This leads to a fairly consistent shape among individuals, such that an oyster in Texas is similar in general appearance to one in, say, Florida. In general, most oysters are elongated on one axis, rounded near the edge of the shell, and narrower near the hinge. Additionally, the left shell or “valve” of an oyster tends to be more deeply cupped than the right “valve”. This characteristic shape generally changes predictably through life, with younger oysters tending to be more circular, and older oysters tending to be more elongated.

Despite the fact that oysters can generally be very similar in appearance from one to the next, there are actually small variations in shape that are caused by a number of factors, and we are just now starting to understand what some of those factors might be. One factor is population density. Of course, oysters packed onto a dense reef will be heavily influenced by the individuals around them, and shell shape will be dependent upon the growth of an oyster’s neighbor. This neighbor-to-neighbor influence can also impact oysters that are farm-raised in aquaculture operations. Oyster aquaculture operations attempt to maximize two shape ratios that are based on length, width, and depth. These ratios are referred to in the industry as “fan” and “cup”. These properties are used to ensure that oyster meat ratio and shell appearance are optimal for restaurant marketing. Previous research conducted at the University of Florida has shown that these ratios are optimized at relatively low densities in oyster aquaculture plots, because fan and cup are influenced by the closeness of an individual’s neighbor.

Recently, in our lab at Texas Parks and Wildlife, we have begun work that will help us determine whether there is also a genetic basis to shell shape. As is the case with most physical characteristics exhibited by living things, there are almost certainly underlying genetic factors which have at least an indirect impact on differences in shape among individual oysters. One way to assess this possibility is to look for shape characteristics that are different among separate populations of oysters. In the context of the TPWD study, we collected oysters from all over the Gulf of Mexico and measured height, width, length, volume, shell weight and meat weight. We found clear differences in the shape of oysters from three general areas in the Gulf. Oysters from the Florida Gulf coast tended to be smaller and have different fan and cup ratios than those from the northern Gulf of Mexico. Similarly, oysters found south of Aransas bay tended to have lower fan and cup ratios than those found north of Aransas in estuaries throughout Texas and Louisiana. Furthermore, both Florida and southern Texas had higher meat to shell weight ratios than those from the northern Gulf.

So what do the differences in shape between oyster populations tell us? First, they tell us that different populations of oysters are likely growing differently due either to genetics, or to dissimilar environmental factors in the various estuaries across the Gulf.  Second, since we know that oysters from different populations grow differently, we might infer that other biological functions, such as reproduction and metabolism, might also differ among populations of oysters. This last point is an important one and has implications for aquaculture. It is a policy position of TPWD that oysters used in aquaculture operations should be compatible with wild oysters in the area of culture, because individuals might be specially adapted for their home estuary, and less well adapted in other areas. Differences in growth and shell shape between oyster populations underscore this idea and imply that unique shapes might be specifically tied to unique habitats.

It is an interesting exercise to consider everything that goes into shaping an oyster as it grows. Future research into the mechanisms behind variation in shape will allow us a better understanding of how and why individual variation is important, and what the implications are for general oyster biology and management. A more thorough understanding of these processes will leave us in better “shape” to manage our oyster population effectively.