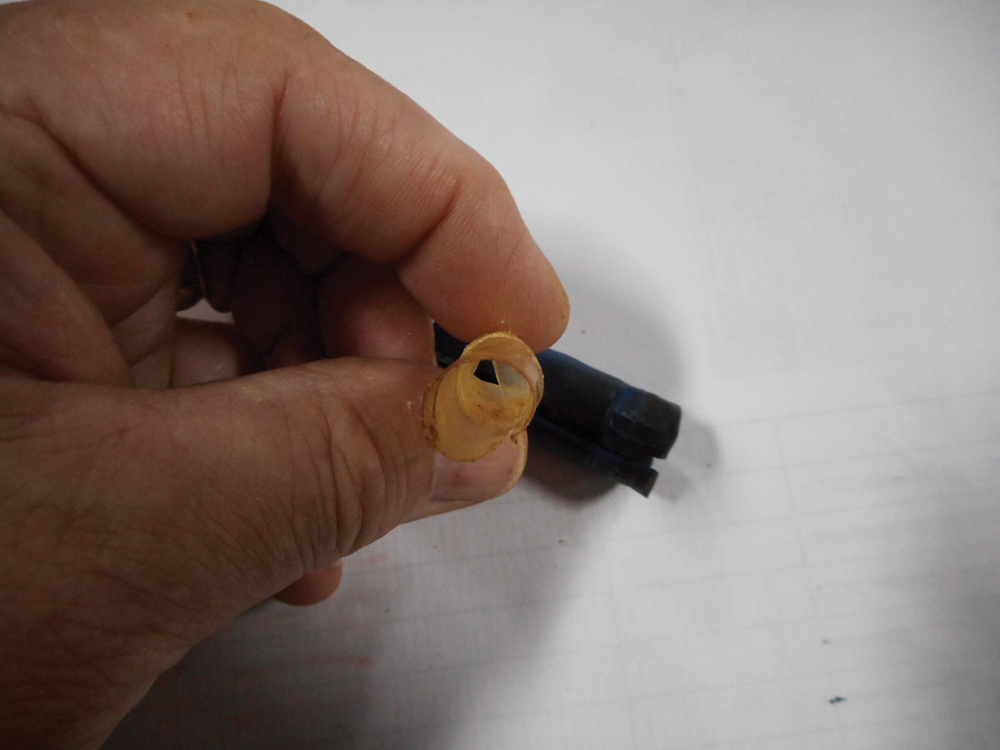 On the environmental side, ethanol production requires repeated application of fertilizers and pesticides. Heavy rains deliver such toxins to streams and rivers, which then accumulate in the Gulf of Mexico. A 6000 square mile dead zone in the gulf lies near the mouth of the Mississippi River.

Toxins produced by the production of ethanol are not considered, and they do not reflect the social cost of groundwater contamination or destruction of marine life. The opportunity cost to save air quality by our government has left a trail of undesirable consequences. In addition to the taxes we pay at the pump, we pay a higher cost of ownership in the form of maintenance due to ethanol in our fuel.

In conclusion, the accompanying photo of fuel line separation is just one example of the corrosive effects of ethanol that occur in fuel systems in the boating world.

Have a safe summer!