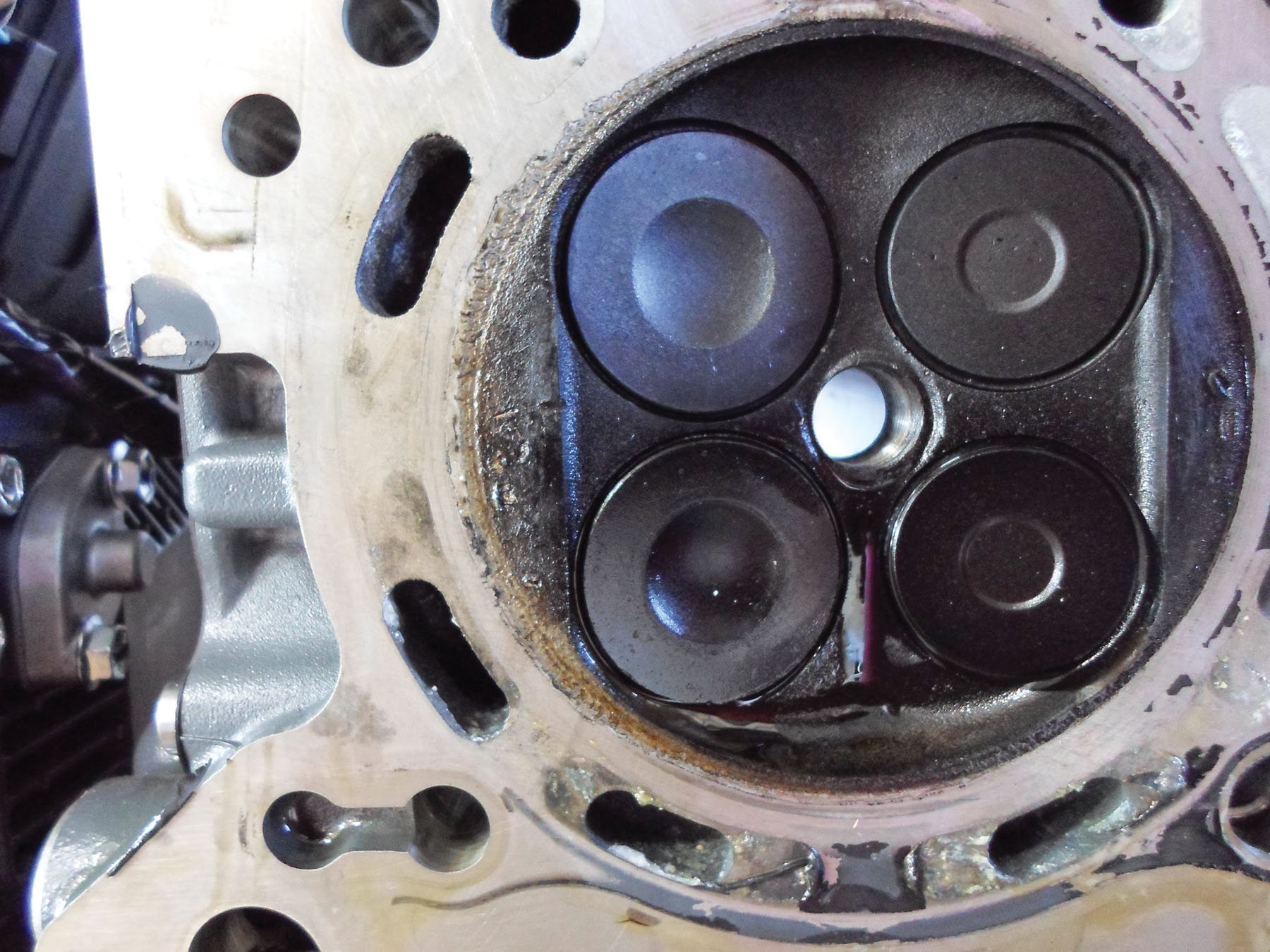 I have mentioned fuel quality in previous articles, mostly in ethanol discussions; clogged filters, carburetors, fuel injection systems, etc. It is important to understand that other damage can occur when fuel breaks down and some of it can be severe.

This engine is a four-stroke, less than two years old, with fewer than 50 hours.

Notice the edge of the piston, next to the cylinder wall. The etching you see is caused by pre-detonation from fuel that has derogated over time. The additives that preserve fuel octane have become so weak that when ignition occurs the fuel will not explode. Instead, it has been burning slowly, raising cylinder temperature high enough to melt the piston head and traces of aluminum have transferred through the valves and out the exhaust.

Another condition that is occurring (not shown); the piston rings have collapsed allowing oil and compression leaks; which causes hard starting, poor idle performance, excessive fuel and oil consumption, and lack of power in the upper rev ranges.

This particular boat has the fuel tank located under the console - exposed to sunlight. UV rays penetrating the plastic have a magnifying glass effect and speeds up the degradation rate of the fuel by about 40%.

A console opening cover could have prevented this from occurring so quickly. Running the boat regularly is equally important. Engines equipped with a knock sensor are less likely to have this problem. Keeping fuel fresh and using fuel additive to preserve fuel quality is a must.